The Pennsylvania Department of Health sent an email to medical cannabis patients in the state today announcing a mandatory recall of hundreds of different vape cartridges: 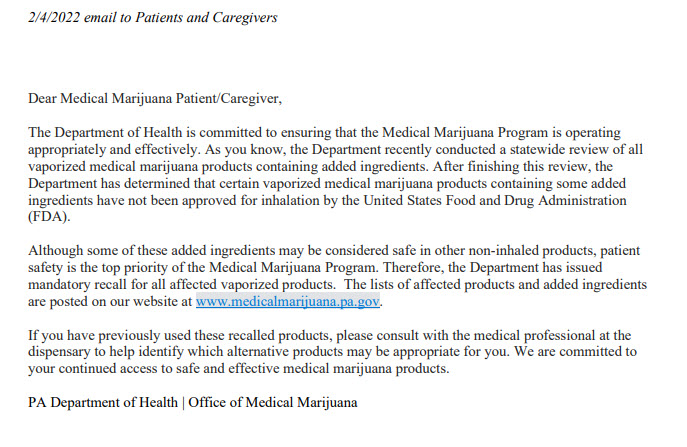 The agency posted a document highlighting additives not approved by the FDA. It also released an 18-page document listing all of the products recalled: 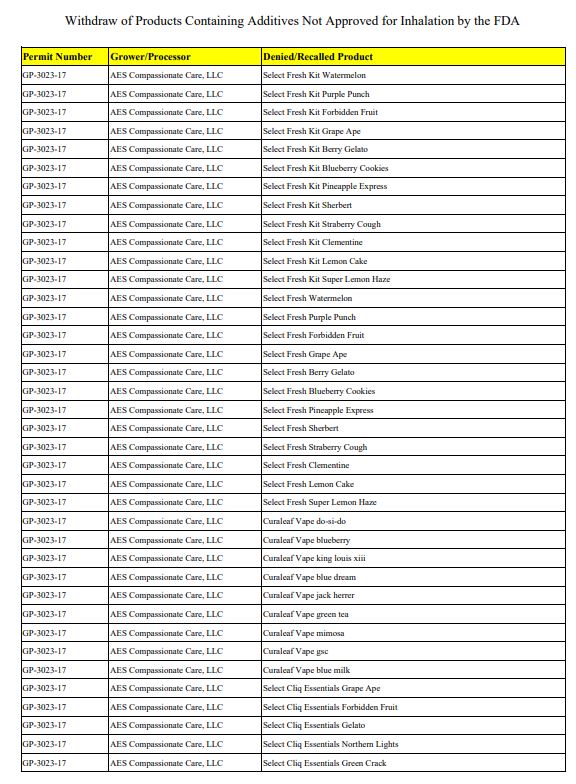 The list consists of the manufacturer and the name of the product. The companies with the most number of products recalled included Curaleaf (CSE: CURA) (OTC: CURLF) and Trulieve (CSE: TRUL) (OTC: TCNNF). Curaleaf’s Select  and Curaleaf products, manufactured by AES Compassionate Care, were on the first two pages, while those manufactured by Curaleaf PA were listed on pages 3-5. Trulieve’s Moxie products, manufactured by its PurePenn LLC subsidiary, are listed on pages 13-18.  Some private operators, including Parallel (Goodblend Pennyslvania), Holistic Farms and INSA, LLC had a large number of products listed.

Kim Rivers, CEO of Trulieve, told New Cannabis Ventures that many SKUs are unaffected, and that some of the products recalled were no longer on the market as well. She characterized the impact to Trulieve as no worse than to others, despite it having more SKUs listed by the state. She also pointed to the irony of citing FDA rules for an industry that isn’t currently regulating the cannabis market.

This is a developing story, and we will follow up with additional details as they emerge.