Planet 13 to Acquire Next Green Wave Holdings, Expanding Presence in California with Premium Indoor Cultivation and an Extensive, Pheno-Hunted Cultivar Base

LAS VEGAS, NV / ACCESSWIRE / December 20, 2021 / Planet 13 Holdings Inc. (“Planet 13” or the “Company”) (CSE:PLTH)(OTCQX:PLNHF) and Next Green Wave Holdings Inc. (“Next Green Wave” or “NGW”) (CSE:NGW)(OTCQX:NXGWF) are pleased to announce that they have entered into a definitive arrangement agreement (the “Agreement”) pursuant to which Planet 13 will acquire all of the issued and outstanding common shares (the “NGW Shares”) of NGW, by way of a court approved plan of arrangement, for total consideration of approximately C$91 million (the “Transaction”).

Under the terms of the Agreement and based on pricing as of December 17, 2021, shareholders of Next Green Wave (“NGW Shareholders”) will receive 0.1081 of a common share of Planet 13 (the “Exchange Ratio”) subject to calculations as described below, and $0.0001 in cash, for each NGW Share held. Based on Planet 13’s 10-day volume weighted average price (“VWAP”) and the Exchange Ratio as at December 17, 2021, the implied deal price per NGW Share is C$0.465, representing a premium of approximately 52% to the closing price and 44% to the 10-day VWAP of NGW Shares on the Canadian Securities Exchange (the “CSE”) as of December 17, 2021. The Exchange Ratio is subject to adjustment as follows:

After giving effect to the Transaction, and based on pricing as of December 17, 2021, NGW Shareholders will hold approximately 9.2% ownership in the pro-forma company (on a fully-diluted basis).

Today’s announcement is an extension of the strategy we’ve laid out for investors of adding cultivation and production in California to vertically integrate and bring our highly popular brands into the state. We are methodically expanding our footprint to drive topline growth and improved profitability. 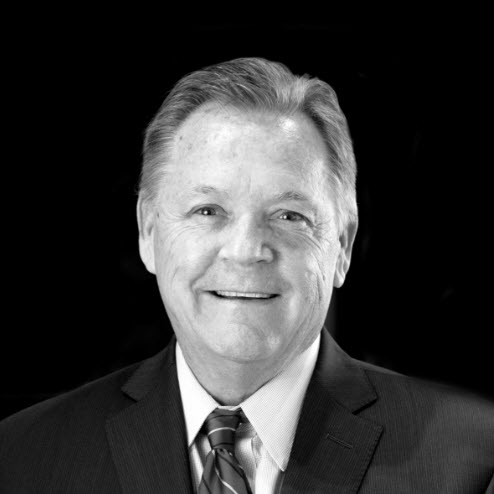 We’ve been incredibly impressed by the Next Green Wave team and their ability to generate revenue and Adjusted EBITDA based on the quality of their cultivation and manufacturing in this very competitive market.

“This is an exciting day for Next Green Wave shareholders. Planet 13 has proven its ability to run incredibly productive retail locations and create manufactured products that command a significant share of sales in their home state of Nevada,” said Mike Jennings, CEO of Next Green Wave. “They are a perfect fit for Next Green Wave, and being a part of their attractive growth profile and expansion in Illinois and Florida is the correct next step for NGW.”

The Transaction has been unanimously approved by the board of directors of both Planet 13 and Next Green Wave.

The Agreement contains customary representations, warranties and covenants for transactions of this nature, including termination fees of $3,250,000 and $2,000,000 payable by Next Green Wave and Planet 13, respectively, in the event the Transaction is terminated under certain circumstances. In addition, the Agreement contains an expense reimbursement fee of up to $1,000,000 payable by Next Green Wave to Planet 13 if the Transaction is terminated in certain circumstances. Pursuant to the Agreement, upon closing, all outstanding NGW options to acquire NGW Shares will be exchanged for options of Planet 13 that will entitle the holders to receive, upon exercise thereof, Planet 13 Shares based upon the Exchange Ratio.

Additional details of the Transaction will be provided to NGW Shareholders in an information circular to be mailed in connection with the NGW Special Meeting and available under NGW’s profile at www.sedar.com. Copies of the Agreement and certain related documents will be filed with Canadian securities regulators and also available at www.sedar.com.

It is currently anticipated that, subject to receipt of all regulatory, court, shareholder and other approvals, the Transaction is expected to close in the first quarter of 2022.

Recommendation of NGW Board

Beacon Securities Limited acted as financial advisor to Planet 13 and provided a fairness opinion to the Planet 13 board of directors that states that, as of the date of the opinion and subject to the assumptions and limitations contained in the opinion, the consideration to be paid by Planet 13 pursuant to the Transaction is fair, from a financial point of view, to Planet 13.

NGW has engaged Kingsdale Advisors (“Kingsdale”) as its strategic shareholder and communications advisor and proxy solicitation agent. NGW Shareholders with questions regarding the Transaction may contact Kingsdale by email at contactus@kingsdaleshareholder.com.

Planet 13 (www.planet13holdings.com) is a vertically integrated cannabis company, with award-winning cultivation, production and dispensary operations in Las Vegas and dispensary operations in Orange County, California. Planet 13 also holds a medical marijuana treatment center license in Florida and a 49% interest in Planet 13 Illinois which won a lottery for a Social-Equity Justice Involved dispensing license in the Chicago-region of Illinois. Planet 13’s mission is to build a recognizable global brand known for world-class dispensary operations and a creator of innovative cannabis products. Planet 13’s shares trade on the Canadian Securities Exchange (CSE) under the symbol PLTH and OTCQX under the symbol PLNHF.

About Next Green Wave

Next Green Wave is an integrated premium seed-to-shelf craft cannabis producer offering products through its in-house brand portfolio and wholesale flower for other large cannabis manufacturers. The Company owns and operates a 35,000 sq. ft. indoor facility in Coalinga, CA, which is home to its nursery, cultivation, distribution, and future packaging business.