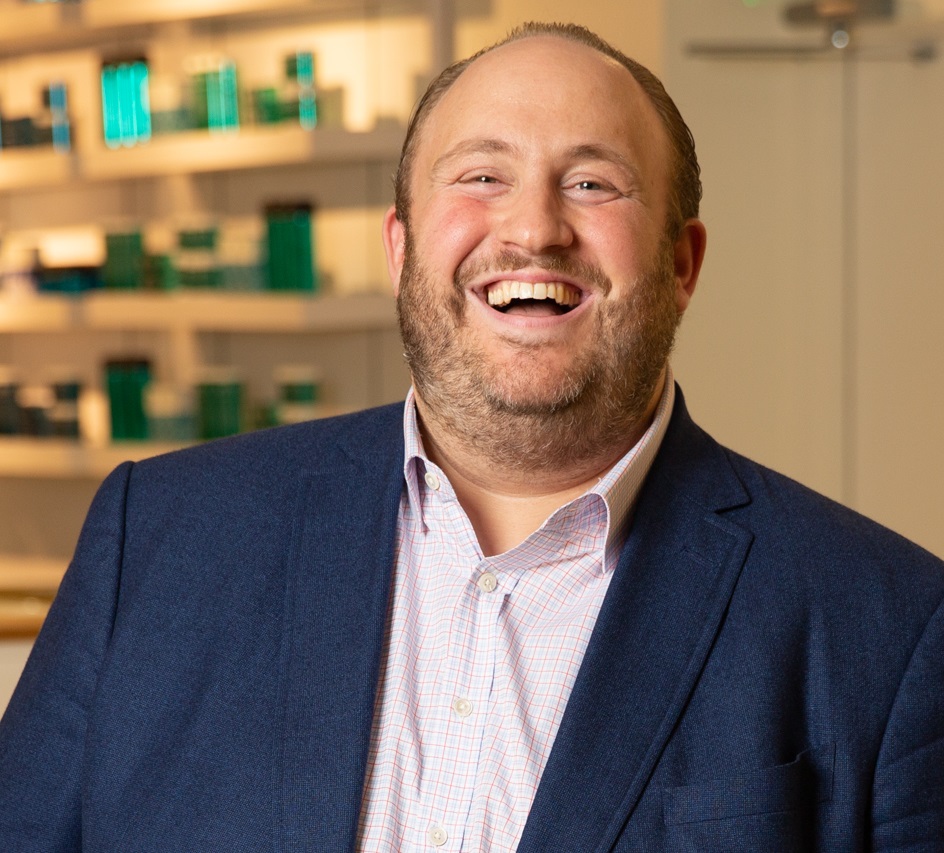 Holistic Industries has taken a methodical approach to executing its regional concentration strategy, according to Founder and CEO Josh Genderson. While growing, the company focuses on being the best place to work, shop and invest. Genderson last spoke with New Cannabis Ventures in the fall of 2019. Now, in 2020, he spoke about opening new dispensaries, launching new brands and operating as a nimble private company. The audio of the entire conversation is available at the end of this written summary.

The company currently has approximately 500 employees, and by the end of the year, Genderson expects that number to be close to 750. Holistic has been adding new talent to its team across the entire company. It has expanded its technology department and brought in several new leaders.

Jim Langin has joined the company has Chief Human Resources Officer, bringing with him years of experience in the casino industry. Robby Saady, previously in the music business, joined the leadership team as Vice President of Corporate Development and Partnerships. The company also brought on Carolyn Lombardo as Vice President of Marketing. She has years of experience in pharmaceutical marketing.

One of Holistic’s strengths is its ability to develop talent. Approximately 70 percent of its higher-level roles are filled by people who have been promoted from within the company, according to Genderson.

Holistic is focused on developing its name and brands in different regions of the U.S.: the Northeast, Mid-Atlantic, Midwest and West Coast. It has vertical operations in Washington, D.C., Maryland, Massachusetts and Pennsylvania. Over the past year, Holistic has added stores in Massachusetts, Maryland and Pennsylvania.

The company is also growing its presence in California. A year ago, it had one retail store in Los Angeles. Since then, the company has acquired a second L.A. store and has two stores under construction in San Francisco.  Holistic plans to have five stores in the state by mid-2021.

The company determined that vertical operations in California would be the best path forward. So, it has entered into a definitive agreement to acquire cultivation, manufacturing, distribution and retail licenses from a tenant at an Innovative Industrial Properties (IIP) Los Angeles property. Holistic aims to have those operations online and producing by the end of next year, according to Genderson.

Holistic has also entered the Michigan market. It partnered with an existing company and opened the first adult-use store in Ann Arbor, according to Genderson. The company has also acquired a dispensary in the Corktown neighborhood of Detroit and won an RFA in the city of Madison Heights, a suburb of Detroit. The Madison Heights location, where the company is building a $20 million grow, process and retail facility, is right off the highway near big-box shopping outlets like Costco. Holistic Industries is also partnering with IIP in Michigan.

In addition to projects within its current footprint, Holistic has pending applications in Illinois, New Jersey and West Virginia. In the past, the company has been very successful in winning merit-based licenses. But, as the RFA process begins to slow in some markets, Genderson expects acquisitions to play more of a role in Holistic’s strategy. It will consider tuck-in deals as it expands its footprint in its vertical markets.

In addition to a growing physical footprint, Holistic has grown its brand portfolio. The Strane brand, which Genderson describes as the “plain white tee of cannabis,” and the Liberty retail brand have gained significant traction.

Six months ago, Holistic launched DO Drops in the Massachusetts market, which has since become a top edibles brand in the state. This product is designed as a mild, microdose gummy.

Holistic also has new products on the horizon. Last year, it announced a partnership with the Jerry Garcia family, and the company will be launching the Garcia brand by the end of the year. The company is also working on an evidence-backed brand for pain and sleep.

Expanding during the Pandemic

The COVID-19 pandemic has added another layer of complexity to the already challenging cannabis industry. Holistic has prioritized the safety of its customers, patients and staff while continuing to grow. The pandemic has driven the company to innovate, adopting processes for cashless, digital payments; curbside pick-up and delivery in an effort to improve the consumer experience.

Working in the Community with Liberty Cannabis Cares

A key element of Holistic’s success is its investment in the communities in which it operates, according to Genderson. The company’s social responsibility arm Liberty Cannabis Cares operates based on four different pillars: social equity, diversity, community and cannabis literacy. Through different initiatives like virtual town halls, community outreach, educational material, hands-on volunteering, partnering with other local businesses and investment vehicles, Holistic tailors what Liberty Cannabis Cares does to each community in which it operates.

Holistic currently has no debt on its balance sheet. Next week, the company will be announcing the close of a new round of funding, according to Genderson. He sees that Holistic has been able to demonstrate the value of the company, and he sees a lot of runway ahead with its strong investor base. The company has also closed several sale-leasebacks with Innovative Industrial Properties.

While Genderson is open-minded about the future, there are no immediate plans to pursue a public market strategy. Being private allows the company to remain nimble and plan over the long-term, according to Genderson.

Holistic, which exited 2019 at a roughly $100 million run-rate, has seen 28 percent growth quarter-over-quarter for the past five quarters, and Genderson expects a higher percentage of growth over the coming quarters. The company is opening more stores in its operational states, and it is leveraging its cultivation and processing licenses. With applications pending, the company also has new markets on the horizon. A growing footprint along with developing brand equity will be driving revenue for Holistic.

Genderson entered the cannabis space after running a family business in the wine and spirits space. That family mentality has carried over to Holistic, but maintaining the same culture while the company is growing so quickly is a challenge. Offering employees opportunities to grow and flourish helps create stakeholders who are invested in the success of the company and the customer experience, according to Genderson. He is excited about the company’s position and its opportunities over the coming years.