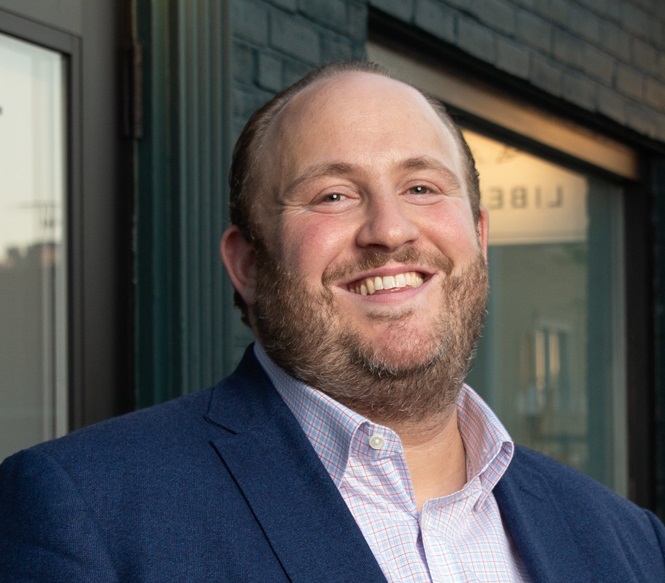 Vertically integrated multi-state cannabis operator Holistic Industries got its start in Washington, D.C. Since then, the cannabis company has largely spread by winning merit-based licenses. Founder and CEO Josh Genderson spoke with New Cannabis Ventures about how his experience in the liquor industry prepared him to lead a cannabis company, the company’s recent round of funding and plans for growth. The audio of the entire conversation is available at the end of this written summary.

From the Family Liquor Business to Cannabis

Before getting into the cannabis industry, Genderson took over his family’s Washington, D.C. liquor business, started by his great-grandfather. His intention was just to keep the family legacy alive, but he ended up growing the business significantly by adding multiple revenue streams. D.C. liquor laws, unlike many other places, allow businesses to import, distribute, and retail. During that time, Genderson learned about marketing, branding, production, supply chain, and retail in a highly regulated industry–an experience that translates well in the cannabis space.

Over the past few years, Holistic Industries had built a leadership team of members with experience in cannabis and other businesses. CFO Barry Bass has more than 30 years of experience in real estate finance, including 10 years as CFO of a publicly traded REIT. Chief Marketing Officer Kyle Barich previously served as the CEO of pharmaceutical marketing agency CDM. Chief Compliance Officer Jamie Ware, a regulatory lawyer, has worked as a compliance lobbyist in the cannabis space. COO Josh Bell has years of experience in cannabis operations, while Vice President of Cultivation Mohammed Karim brings years of big agriculture experience to the table. Chief Scienctific Offer Adam Kavalier, a PhD plant chemist, has helped to define the company’s processing methods. Vice President of Sales Megan Shank leads the company’s national sales team, incorporating education and outreach.

The Holistic Industries team is at approximately 300 employees, and that number is expected to reach over 600 by the end of Q1 next year.

After starting in Washington, D.C., the company moved into Maryland, Pennsylvania, and Massachusetts. When Massachusetts launched adult-use, the company became comfortable with that kind of market. Next, it did its first M&A deal in Los Angeles, followed by another license there and two in San Francisco, according to Genderson. The company also has a footprint in Michigan.

Holistic Industries has a number of additional markets on its radar for potential expansion. New Jersey, Illinois, West Virginia, Georgia, Arizona, and Nevada are attractive options for the company, according to Genderson. As the company grows, it will likely use a combination of organic strategies and acquisitions.

Liberty is the company’s retail brand–as well as its first product brand–while the Strane brand caters to cannabis connoisseurs. The Liberty brand is designed to be welcoming for new consumers, as well as for connoisseurs. Strane is a strain-specific brand targeted at knowledgeable consumers.

Holistic Industries is also about to introduce three new brands. The company is launching its gummy and chocolate brand in Massachusetts in mid-December, to be followed by other states. Next, the company will debut a celebrity-licensed brand. The third new one will be a medical brand backed by clinical data. This brand will be used to educate major health systems and give them a clinically backed option to recommend to patients.

The company was initially backed mostly by friends and family–many of Holistic Industries’ original investors continue to support the company. Over time, family offices have invested in the company, as well as Entourage Effect Capital and Bengal Capital. This fall, the company closed a $55 million funding round.

The company aims to be a good steward of capital, which drives its allocation strategy. It is mindful of growing quickly while still finding the right strategic assets to buy.

Holistic Industries is meant to be “the best place to work, shop, and invest,” according to Genderson. Keeping that mentality in mind, the company is open to a number of future options. The company could go public or merge with a public operator. It also could form a partnership with a large CPG company from an industry like alcohol or tobacco as federal laws begin to change.

This year, the company has grown 30 percent quarter over quarter without opening any new assets, according to Genderson. Holistic Industries is aiming to end Q4 at a $2 million-a-week run rate. The company also has approximately 10 dispensaries in the process of launching.

As Holistic Industries continues to grow, the company is keeping in mind the importance of EBITDA and gross profit–metrics that traditional businesses strive to maintain.

Holistic Industries has a strong balance sheet, according to Genderson. As the access to capital becomes more difficult in the industry, the company is in a position to take advantage of M&A opportunities–whether distressed companies looking to be acquired or companies looking for a partner.

While Genderson is now in the cannabis space, he hasn’t forgotten what he has learned from the liquor business. He realizes cultivation may become a commodity at some point; and brands, retail, customer service, and overall customer experience will be the ultimate differentiators for winners in the space.