“It’s a remarkable achievement to now have 550,000 square feet – half of the 1.1 million square foot Delta 3 facility – approved for production just six months since receiving the initial cultivation license,” said Michael DeGiglio, CEO of Village Farms. “I am tremendously proud of the Pure Sunfarms team.”

Pure Sunfarms is making great strides to achieve high-quality, low-cost cannabis production ahead of the Canadian government’s legalization of adult-use cannabis on October 17. 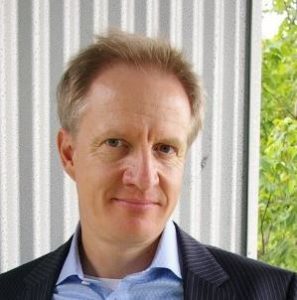 In July, Pure Sunfarms received its sales license from Health Canada, permitting it to sell cannabis produced in the Delta 3 greenhouse facility. Pure Sunfarms expects to have the full 1.1 million square foot Delta 3 facility, one of the single largest cannabis growing facilities in the world, converted for cannabis production by year end. The technologically-advanced Delta 3 greenhouse design is based on decades of large-scale, low-cost agricultural production experience and extensive cannabis expertise, resulting in a state-of-the-art facility with 17 grow rooms (nine of which are now licensed) optimized for year-round harvesting (more than 85 harvests annually) and an automated process line encompassing harvesting, trimming, drying and packaging.

Village Farms International, Inc. is one of the largest and longest-operating vertically integrated greenhouse growers in North America and the only publicly traded greenhouse produce company in Canada. With more than 750 years of accumulated master grower experience coupled with advanced proprietary technology and environmentally sustainable growing practices, Village Farms is highly resource efficient. Village Farms produces and distributes fresh, premium-quality produce with consistency 365-days a year to national grocers in the U.S. and Canada from its large-scale Controlled Environment Agriculture (CEA) greenhouses in British Columbia and Texas, as well as from its partner greenhouses in BC, Ontario, and Mexico.

Emerald Health Therapeutics (TSXV: EMH; OTCQX: EMHTF; Frankfurt: TBD) is a Licensed Producer under Canada’s Access to Cannabis for Medical Purposes Regulations and produces and sells dried cannabis and cannabis oil for medical purposes. Emerald owns 50% of Pure Sunfarms, which is converting a licensed existing 1.1 million square foot greenhouse in Delta, BC and is now in commercial production. It owns Agro-Biotech, a Quebec-based licensed cannabis grower with a 75,000 square foot indoor facility and is planning to add a 500,000 square foot greenhouse in Metro Vancouver. Emerald’s team is highly experienced in life sciences, product development, large-scale agribusiness, and marketing, and is focused on developing value-added cannabis-based products with potential wellness and medical benefits. Emerald is part of the Emerald Health group, which is broadly focused on developing pharmaceutical, botanical and nutraceutical products that may provide wellness and medical benefits by interacting with the human body’s endocannabinoid system.