NEW YORK and TORONTO, April 27, 2020 /CNW/ – iAnthus Capital Holdings, Inc. (“iAnthus” or the “Company”) (CSE: IAN, OTCQX: ITHUF), which owns, operates, and partners with regulated cannabis operations across the United States, announced today that its Board of Directors (the “Board”) has accepted and considered the report of the special committee of independent directors (the “Special Committee”), which reviewed the allegations of undisclosed related-party transactions against the Company’s Chief Executive Officer (“CEO”).

On March 31, 2020, allegations against the Company were made in an online media report (the “Online Report”). Broadly stated, the allegations were that Hadley Ford (“Ford”), the Company’s CEO, is or has been acting in a conflict of interest and has misused iAnthus’ resources to his own benefit. In response, the Board determined that it was in the best interests of the Company to form the Special Committee and retain outside counsel to conduct a detailed investigation.

The Special Committee concluded, and the Board accepted, that Ford entered into two undisclosed loans (one loan for US$100,000.00 with a related-party and the other for US$60,000.00 with a non-arm’s length party) and those loans created a potential or apparent conflict and should have been disclosed to the Board in a timely way.

With respect to the loan with the related-party, the Online Report included an allegation that Mr. Ford entered into an undisclosed loan transaction with the managing member (the “Managing Member”) of iAnthus’ senior secured lender, Gotham Green Partners (“Gotham Green”). The Special Committee considered the allegation and the relevant details, are summarized as follows:

The Special Committee did not find a basis to conclude that Ford’s conduct in the face of the potential or apparent conflict impacted the terms, timing, or negotiations the Company had with the related-party or the non-arm’s length party. Nevertheless, the Special Committee concluded, and the Board accepted, that the failure to disclose such personal loans to the Board was a breach of the Company’s conflict policies and other obligations as an officer and director of the Company.

The Board has appointed Randy Maslow as interim CEO effective immediately. Mr. Maslow is the co-founder of iAnthus and has served as the President and a director of the Company since its inception. Mr. Maslow is a nationally recognized expert in federal and state cannabis law and regulatory policy and serves as a member of the Federal Policy Council of the National Cannabis Industry Association and the Boards of Directors of the Cannabis Trade Federation, the New Jersey Cannabis Industry Association, and the New York Medical Cannabis Industry Association. Prior to co-founding iAnthus, Mr. Maslow was a veteran tech industry entrepreneur, senior executive and attorney with more than 25 years’ experience as General Counsel to rapidly growing telecom and internet companies.

Mr. Maslow is a graduate of Cornell University and the Rutgers University School of Law, where he received his J.D. with Honors and served as an editor of the law review. Prior to entering the tech industry, Mr. Maslow was in private practice with Greenberg Traurig, LLP, and previously with the Philadelphia law firms White and Williams and Blank Rome LLP.

I look forward to working closely with Randy as interim CEO and the Special Committee as the Company explores strategic alternatives. 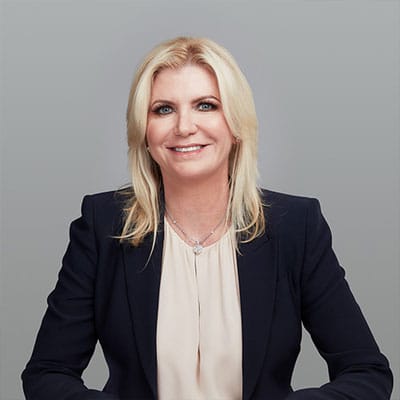 As disclosed in the Company’s news releases dated April 6, 2020 and April 22, 2020, iAnthus has initiated a Strategic Alternatives Review Process and has hired Canaccord Genuity Corp. as its financial advisor.

The Strategic Alternatives Review Process is ongoing and there can be no assurance as to what, if any, alternative might be pursued by the Company. In accordance with applicable disclosure requirements, the Company will advise the market of material changes, if and when they occur.

As disclosed in the Company’s news release dated April 6, 2020, iAnthus has temporarily postponed the filing of its annual financial statements for the year ended December 31, 2019 to incorporate subsequent event disclosures as they relate to the Company’s financial position.