In this newly created and important role, Mr. Robinson’s mandate will be to identify, cultivate and deepen trusting relationships with Federal and Provincial government bodies – Indigenous Peoples or otherwise – as well as to foster mutually beneficial partnerships with select Indigenous Peoples across Canada, specific to the legal production and sale of cannabis.

Over his highly rewarding 34-year career with the RCMP, Mr. Robinson served in communities across Canada, including 18 years in Alberta.  He retired as the Commanding Officer of “D” Division in Manitoba in 2012.  During this time he worked closely with many organizations and developed close and trusted working relationships with Indigenous communities. Throughout his career he has focused on social policy and harm reduction programs which have benefited many communities.

In late 2012 Mr. Robinson assumed the role of President and Chief Executive Officer of the AGLC, dedicating himself to social responsibility programs with a focus on Fetal Alcohol Spectrum Disorder.  Under his leadership AGLC was recognized as a leader in progressive gaming and liquor experiences trusted and enjoyed by Albertans through a bold and balanced approach.

Mr. Robinson holds a Master’s Degree in Work Organizations and Leadership from Athabasca University, a Bachelor’s Degree from Thompson Rivers University and a Certificate in Criminal Justice from the University of Virginia.  Additionally, he is a graduate of the 204thsession of the F.B.I. National Academy in Quantico, Virginia and the Queen’s University Executive Leadership Program.

Mr. Robinson is a member of the Order of Merit of Police Forces, a recipient of the Queen’s Diamond Jubilee Medal, Governor General’s Medal of Bravery, the Lieutenant Governor’s Award of Merit (Alberta), the RCMP Commissioner’s Commendation for Bravery, RCMP Silver Clasp and Star for long service, and two Commanding Officer’s Commendations.  He has also been named as a recipient of both the Queen’s Golden Jubilee and Queen’s Diamond Jubilee Medals.

We are excited to welcome Bill Robinson into RavenQuest’s management team as we further our relations with the Federal and Provincial governments and Indigenous peoples, within the cannabis sector. 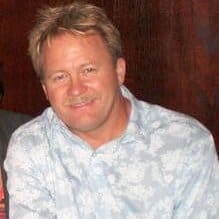 For further details on the Company readers are referred to the Company’s web site (www.rqbglobal.com) and its Canadian regulatory filings on SEDAR at www.sedar.com.