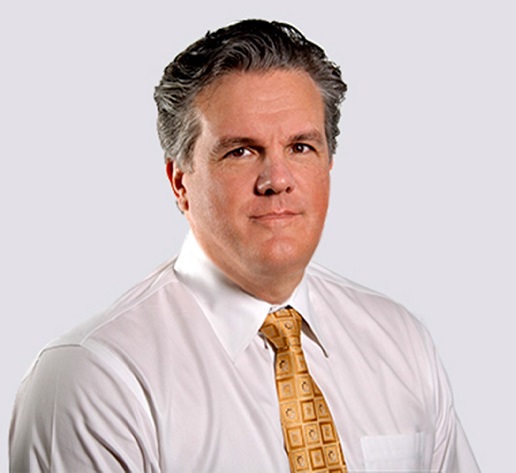 The MedMen (CSE: MMEN) (OTCQX: MMNFF) story has been shaped by its many public problems, but the company’s Chairman and CEO, Tom Lynch, is looking to leave those legacy issues behind. He is leading the company through a restructuring process and a new growth phase. Lynch spoke with New Cannabis Ventures about the company’s market reach, the Tilray and Serruya Private Equity deals and guiding MedMen forward. The audio of the entire conversation is available at the end of this written summary.

Lynch joined MedMen as its Chief Restructuring Officer. Within a couple of weeks, he stepped in as interim CEO. This summer, he became the permanent CEO. Lynch has a background in corporate finance and restructuring with a particular focus on retail and consumer products. He has served as the CEO of companies like David’s Bridal and Frederick’s of Hollywood.

When Lynch comes into a new company, he first evaluates its brands and then its footprint. Brick and mortar stores in the wrong locations could be an insurmountable headwind for retailers, according to Lynch. He saw strength for MedMen in those areas and set out to prove to the market that the company has an investable story.

Lynch has been focused on reducing MedMen’s cost structure, taking costs out of the business and proving its retail concept. When he arrived, the company’s retail footprint had a negative 8 percent EBITDA contribution per store. Now, the company is at a positive 20 percent across its portfolio, according to Lynch. MedMen has been working to improve all of its metrics, including the amount of traffic, traffic conversion and transaction amount. But, the work never stops. Lynch and his team will continue to tweak and improve the model.

Over the last 18 months, the MedMen team has been working through the company’s legacy challenges while keeping an eye on the future. Lynch pointed to a number of important leaders with MedMen. Roz Lipsey assumed the position of COO this fall. Chief Revenue Officer Tracy McCourt joined the company from Zappos. Lynch also highlighted seasoned CFO Reece Fulgham, Head of Retail Preston Page and Head of Product Tyson Rossi.

In California, the company has 12 dispensaries, soon to be 14. The company’s assortment is essential to its differentiation in that market. MedMen has more than 1,100 SKUs on average in its California stores. It also sorts dynamically within each store depending on the individual location’s consumer data and insights. The stores’ staff is also trained to understand and explain the highly curated assortment at each location.

MedMen entered a restructuring support agreement in the summer of 2020, and its New York assets sat in a collateral pool that belong to some of its lenders, according to Lynch. As a part of the restructuring agreement, the lenders asked MedMen to partner and sell those assets. Enter Ascend Wellness Holdings (AWH). AWH is set to acquire a chunk of the company’s New York assets, pending regulatory approval, which is expected by year-end.

In Florida, the company has six dispensaries with plans for more. But, MedMen will be taking a thoughtful approach to growth in this market. There has been price pressure between the market’s two largest participants, and MedMen is not interested in that dynamic right now, according to Lynch. The company plans to watch the price compression and consider growth as the market gains some stability.

Lynch is largely focused on organic improvement. He sees the significant potential in the company’s stores beyond what they have done to this point. He is aiming to put the company on the path to organic, healthy and profitable growth while maintaining margins. If other opportunities arise, MedMen now has the balance sheet to be opportunistic, according to Lynch.

The Tilray and Serruya Transactions

MedMen has taken important steps forward through transactions with Tilray and Serruya. Tilray bought the company’s debt from Gotham Green Partners, which allowed MedMen to negotiate more company-friendly terms for the debt facility. With Tilray as a partner, the company also has opened the door to discussions on potential ways to work together. Tilray has an international reach, and MedMen has an international brand. So, there is an opportunity to work together on that down the road, according to Lynch.

MedMen was also able to attract a significant equity investment from Serruya, which gives the company the balance sheet to be opportunistic, according to Lynch. The company will be very deliberate and thoughtful about how it does deploy the capital it has on hand. Lynch does not find any particular approaches to fundraising appealing right now, but he expects that there will be some creative financial instruments in the company’s future.

MedMen is on the verge of wrapping up Q1 of the fiscal year 2022. The company has the healthiest cash position it has had in years, according to Lynch. MedMen’s aggressive restructuring process is not yet over, but the company is planning to add growth to its story. The company plans to open new stores and drive organic growth.

The company undoubtedly still has legacy issues to contend with, including legal costs and restructuring costs. But, Lynch urges a closer look at store performance. Metrics like traffic, average basket size and conversion rates paint a picture of the company’s progress.

The MedMen team plans to continue tweaking and improving the model. The company, like the rest of the industry, is waiting on federal legalization, but Lynch is not making any assumptions about what that timeline could look like. Instead, the company is focused on its scalable operating model. Whenever it does enter a new market, MedMen has a strategy for assortment and budtender training that it has tested and launched across its footprint.

To learn more, visit the MedMen website. Listen to the entire interview: