An early investor in the cannabis industry who helped take MassRoots (OTC: MSRT) and American Cannabis Company (OTC: AMMJ) public has been sued by the SEC for alleged stock price manipulation. Doug Leighton, co-founder and principal partner at Altar Rock Capital (formerly Dutchess Capital), according to the lawsuit, directed a group of investors in MassRoots stock when and how much to buy and sell and also failed to report his holdings and sales of the stock, as legally required. The complaint also named Bass Point Capital and Azure Capital, two limited-liability companies controlled by Leighton, and Michael Sullivan, David Hall, Zachary Harvey, Paul Dutra, Jason Harman and Jessica Geran.

The SEC alleges that Leighton recruited a group of friends to invest in a private placement prior to MassRoots going public that raised $475K with the defendants buying almost 90% of the stock sold. According to the complaint, Leighton began to promote the stock before it was publicly traded and, subsequent to going public, then meticulously orchestrated buying and selling by the group members through the use of emails, text and in-person communications. Additionally, the regulator alleges that SEC rules required Leighton to report the holdings of the entire group, which he failed to do.

One of the interesting allegations is that Leighton was able to keep track of the transactions of the members of his group with the help of Isaac Dietrich, the CEO of MassRoots, who provided him with Non-Objecting Beneficial Owner (NOBO) list on multiple occasions.

Leighton and his group, according to the SEC, booked profits of $3.2 million between April 2015, when MassRoots began trading, and March 2016. It seeks permanent injunctions against the defendants and disgorgement of all gains related to the scheme as well as the payment of appropriate civil penalties. 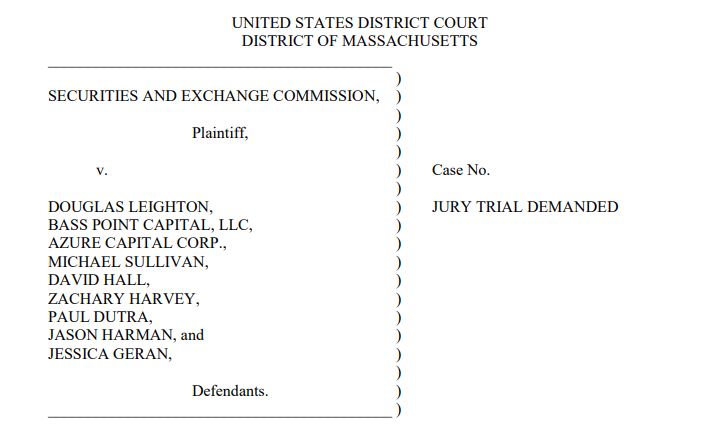