Less than two years after being charged by the SEC with an alleged fraud, Jeffrey Friedland has settled, agreeing to pay over $4 million to the agency and to not participate in the offering of penny stocks for ten years. The judgment details the settlement payments, which include $2.18 million for disgorgement of profits and a $2.0 million civil penalty.

The SEC had charged Friedland, an advisor to an Israel-based cannabis company, OWC Pharmaceuticals (OTC: OWCP), with profiting nearly $6.5 million from the sale of its shares without disclosing compensation to tout its stock. Friedland had received 5.1 million shares from the company, but neither Friedland nor the company  ever detailed the nature of the services, investor relations, to be provided to the company.

The lawsuit alleged that Friedland had sold all 5.1 million shares in March of 2017 at an average price of $1.27 per share after touting the stock earlier in that year. When the lawsuit was filed in March 2018, OWC Pharmaceutical shares  had already fallen to $0.26 and have subsequently declined since then over 97% to $.0063. 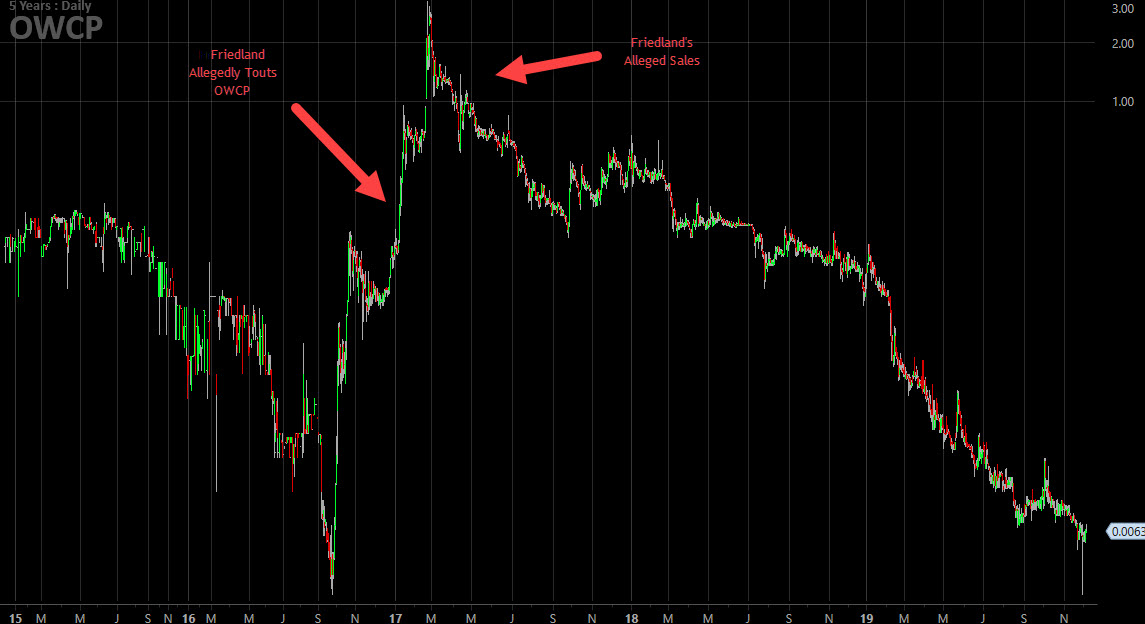