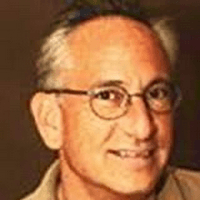 In the year I have been blogging I have written several articles about the problem that the Crowdfunding industry does not want to address, fraud.  My thesis is simple: if the investors get screwed enough times they will take their money elsewhere.

As stories of Crowdfunding scams begin to proliferate, the industry’s reputation is likely to go down the toilet.  If the investors leave, people will be sitting around in bars saying: “I used to work for a Crowdfunding platform” the same way that people sat around in bars in 2009 saying “I used to be a mortgage broker”.

Back in February when Regulation A+ offerings were just getting underway, I wrote several articles raising some questions about specific offerings. The Crowdfunding industry was very gung-ho about Reg. A+ because these offerings could be sold to smaller investors. The bulk of Crowdfunded offerings are still private placements which can be sold to wealthier accredited investors only.

I wrote a blog article specifically about Med-X, Inc. which was attempting to raise $15 million under Reg. A+ to “research and develop, through state of the art compound identification and extraction techniques,  market and sell medically beneficial supplements made from the oils synthesized from the cannabis plant.”

I questioned the offering, in part, because cannabis is still illegal at the federal level.  But that was not the only reason.

Med-X had acquired an exclusive license from another related company, Pacific Shores Holdings to market NatureCide® herbicide and pesticide products to the cannabis industry in exchange for 10,000,000 shares of Med-X stock. As I noted at the time, an exclusive license can be valuable. In this case, because the products are readily available on Amazon.com the value of the “exclusive” license was questionable.  Both Med-X and Pacific Shore holdings were controlled by the same person, Mathew Mills.

To me, Pacific Shores Holdings looked like a classic penny stock. Mr. Mills had been sanctioned, twice, first in Pennsylvania in 2011 and later in California in 2013 for selling shares in Pacific Shores Holdings to investors to whom he had no business selling shares. The structure employed here, with one penny stock company acquiring a large block of stock in another pursuant to a licensing agreement is also a classic penny stock tactic.

The clear message here is that information that investors were entitled to receive, as a matter of law, was not provided to them between May 1 and September 16. Failing to provide material information to investors is the textbook definition of securities fraud.

Med-X did file its Form 1-K within days of the SEC order halting its offering. What that filing discloses about what Med-X is doing with the money it has raised so far validates my earlier suspicions.

Back in February, Med-X reported that it had received $3.6 million in reservations from over 1100 prospective investors for their Reg. A+ campaign on StartEngine, a Crowdfunding portal.  Those reservations were apparently meaningless.

As of June 17, 2016 the Company had sold 1,124,038 common shares. The Company received net proceeds of $430,430 from this offering. Med-X has committed to spend $150,000 of that money with a company based in London to develop a mobile platform for its marijuana media site among other things.  How it will pay for the research it promised is anyone’s guess.

Next month the SEC will conduct a hearing to determine whether or not it will allow Med-X to resume its offering.  Since the Form 1-K has now been filed, they may let it proceed. If the SEC has other concerns about the company, it may keep the halt in place while it investigates further.

The SEC has a long history of leveraging its budget for enforcement actions by going after small companies like Med-X where the facts are clear-cut, where it is not likely to find a high-powered law firm defending and where it can make big headlines. With this action, it is likely to make bigger headlines in the cannabis industry than with the Crowdfunders.

An enforcement action against Med-X would send a message to the cannabis industry which should want to seek Crowdfunded financing as banks are generally closed to them as a source of capital.  Despite what you may think about cannabis as a legal industry, the federal government’s policy is to wipe it out.

I have spoken with several people involved with the cannabis industry who report that the Crowdfunding industry, at least in the US, is already skittish.  Given the publicity surrounding cannabis and its thirst for capital, you would expect to see many cannabis related businesses raising funds on Crowdfunding sites but you don’t.

The SEC specifically cautioned brokers, dealers, shareholders and prospective purchasers that they should carefully consider Med-X’s failure to file its annual report on a timely basis along with all other currently available information and any information subsequently issued by the company. Let me translate.

This is the second enforcement action that SEC has brought against a Crowdfunded offering. The first action, SEC v. Ascenergy, was based on the fact that the company was raising money to drill for oil on land where it did not have the rights to drill.  The SEC called out the four Crowdfunding platforms on which offerings took place by name but did not sanction them in any way.

I wrote a blog article about SEC v. Ascenergy which was reprinted on several Crowdfunding media sites. What I wrote was that this was the SEC’s way of telling the Crowdfunding industry to get its ducks in order. I believed and I still believe that sooner or later the SEC will sanction a Crowdfunding platform or portal that lists a fraudulent offering. For the most part the industry looked at the Ascenergy case with a yawn and declared it to be an isolated instance of fraud.

StartEngine has gone to the trouble to become registered with FINRA specifically to be able to offer Reg. A+ offerings to mom and pop investors. They are required to follow FINRA’s rules when listing offerings and that includes the requirement for a significant amount of due diligence. In my mind the Med-X offering raised a number of red flags, not the least of which was the NatureCide® licensing agreement.

More directly, FINRA and the SEC have every reason to expect StartEngine or any other registered Crowdfunding portal to have known that regulations required Med-X to have filed its annual report by April 30 and that it was late. The SEC may justifiably ask StartEngine why it did not close the Med-X offering down instead of forcing the SEC to use taxpayer funds to do it.

It is not always possible to determine what a government agency will do next. In the SEC’s mind the matter may simply be over or they may take action only against Med-X and Mr. Mills. He has, after all, already been sanctioned by two state regulators and has apparently not learned his lesson.

The SEC may give StartEngine a pass or it may not. It may leave the matter to FINRA which also has a history of going after smaller firms while its largest members often get away with fraudulent offerings that impact thousands of people for large amounts of money.

One thing is clear; the standard for the SEC would be to plead that StartEngine “knew, should have known or was reckless in not knowing” that Med-X did not file its annual report in a timely manner.  I do not see that StartEngine has a cognizable defense.

StartEngine did list another offering, Elio Motors which I also questioned in another blog post. My issue with Elio was that it was taking deposits from and promising delivery to consumers for a product that did not exist and which it could not hope to deliver with the funds it had on hand or which it was likely to raise. I am pretty certain that taking deposits and promising delivery of a product that does not exist and is not very likely to exist violates some regulation under the Federal Trade Commission Act or a similar statute.

The Crowdfunding industry has hailed Elio as a success because it raised $17 million from investors.  The people who helped raise the funds speak at various industry conferences to an audience of Crowdfunding participants who want to know how it is done.  (Spoiler alert: In Elio’s case it was done by making promises that they were not likely to keep but that is not what you will hear at the conferences.)

In all fairness to the Crowdfunding industry, I was solicited a few weeks back by one of the larger platforms. They wanted me to write a series of articles and an occasional white paper for them. When I spoke with the Director of Marketing, the firm’s Compliance Director was on the call. He knew that he would have final approval of anything that I wrote.  I was not surprised to learn that he had learned compliance at a mainstream brokerage firm.  It is not that difficult to stay complaint with the rules if you know what you are doing.

If the SEC or FINRA come calling to any Crowdfunding portal or platform, including P2P lenders, the first thing they will ask for is the firm’s written procedure manual.  There should be written standards and procedures for listing companies. There should be standards and procedures for reviewing the videos and marketing materials that accompany many of the offerings. Far too many of those videos are not compliant with the rules for anyone to think that the industry is serious about the business in which it is engaged; selling securities.

What is likely to happen at the hands of regulators is the industry’s own doing. They are too busy telling themselves that they are being “disruptive” to actually take notice that investors are being ripped-off.  Fraudulent offerings are not going to stop until the industry takes steps to make them stop. The SEC is not going to wait forever.

Irwin Stein began his career as an attorney for Paine Webber and EF Hutton, served as General Counsel of a national real estate firm and was a professor at Golden Gate University while working as an attorney in his own practice. He has advised start-ups in several industries and has served as an expert witness in many cases. Through Due Diligence Services LLC, he provides pre-investment investigations to professional investors like VC firms and Angel Investor groups and to professional intermediaries including broker/dealers and family offices.

You can follow his blog, Law and Economics in the Capital Markets, at http://laweconomicscapital.com  and connect with him on LinkedIn

The Dangerous Intersection of Cannabis and Cryptocurrency ICOs