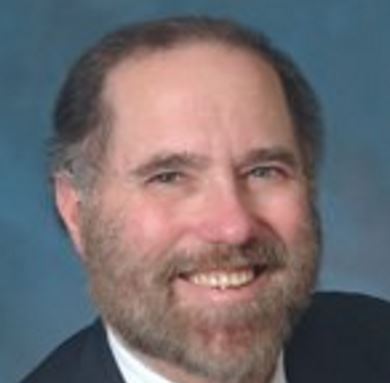 Marijuana Patents: Here’s What You Need to Know

As statewide cannabis legalization continues to accelerate across the country (even if in a limited capacity), emerging companies in the industry struggle to reconcile their otherwise traditional legal/business requirements with onerous federal restrictions. Intellectual property (IP) law is not immune to this schizophrenic dynamic and often requires marijuana attorneys to develop creative solutions to seemingly unsolvable problems. Indeed, as we shall see, Marijuana Patents are among the most desirable but challenging forms of IP protection for cannabis businesses to acquire.

Intellectual property law governs what is typically characterized as “creations of the mind”.  Simply, IP law recognizes the intangible quality of new ideas (at least at the onset of their conception) and seeks to protect the ownership interests of those individuals who have been imaginative enough to create these novelties.

Cannabis companies may have protectable intellectual property in the form of their unique brand identity (governed by Trademark law), clever text or video content (regulated by Copyright law) and/or proprietary technologies and methodologies, which will ultimately be produced and delivered to market (requiring the protection of a Patent).

While each one of these IP sub-fields warrants a full and focused analysis, here we will consider a legal strategy for securing patent protection for IP in the cannabis space. Patent law is considered a uniquely esoteric field in the legal world because of its highly technical nature and heavy reliance on the sciences.  Attorneys who are interested in working with patents must pass a separate bar and licensing process, which is governed by the United States Patent and Trademark Office (USPTO). While there are several types of Patents, its most common form is the utility patent, which seeks to protect the functional qualities and characteristics of a given creation.  Patents are so incredibly important because the holder of the patent has the right to bar competing companies from making, using, and selling the patented idea for up to 20 years from the date of filing.  Clearly, this protection may provide the aspiring cannabis company with a competitive advantage that translates into real dollars.

Marijuana Patents: Can You Even Get Them?

Entrepreneurs in the cannabis space may require marijuana patents on one of two sorts of “things”; innovative but ancillary products to cannabis (tools, devices, software etc.) and patents for the cannabis itself.  While the former is rather uncontroversial and subject to the standard process of acquiring patent protection, the latter is slightly more mysterious. Indeed, the patentability of a genetically designed and engineered strain of cannabis excites the imagination of inventors and investors alike but raises some important questions of viability.  Centrally, the issue of patentability turns on two superficial hurdles; the ability to acquire a patent on a plant and the federal restriction on cannabis.

How Can a Person Own the Rights to a Plant?

It is important to first dispel of the idea that marijuana cannot be patented because it is a plant. In order for an idea to be patented, the idea must be new, non-obvious, sufficiently articulated by the inventor, and provide a certain threshold of utility to society.  However, if the item in question is a “natural phenomenon”, it is not eligible protection.  Here the question arises; “cannabis is a natural phenomenon so shouldn’t it be ineligible for protection?” Not necessarily.  In the seminal Supreme Court case of Diamond v. Chakrabarty, the court held that living subject matter might in fact be patentable if it undergoes a sufficient amount of genetic altering.  Thus, this ruling suggests that if the cannabis in question was sufficiently altered and engineered by geneticists, it too is eligible for patent protection (at least in theory).

Concerning the second hurdle of federal illegality, it appears once again that this is not a de-facto bar.  Ostensibly, as patents are governed by the federal USPTO, one might think that cannabis’s status, as a Schedule 1 Drug under the Controlled Substance Act would render it unpatentable.  This intuition, while reasonable, is not necessarily true. Patents on illegal goods and services are not expressly textually precluded from acquirement in the same way that federal trademarks are unavailable.  For example, the Lanham Act, which governs trademark law, expressly precludes registering Trademarks for goods and services that cannot legally be sold in commerce.   Patents simply do not face this restriction and are not by their very nature beyond the reach of goods or services that are federally restricted.

While some inventors have successfully applied for cannabis patents (such as the famous and much lauded Biotech Institute), there is unfortunately no guarantee that future cannabis patents will be issued.  The ongoing development of cannabis law, both on a congressional level and as it pertains to its directed enforcement by executive branch agencies, means it is impossible to know with any absolute certainty how the USPTO will respond to patents claiming rights to novel strain designs.  Indeed, White House Press Secretary Sean Spencer recently made some highly disturbing and worrisome comments attesting to the newfound focus federal enforcement agencies will place on Cannabis.  Will this affect the USPTO in any way? Unfortunately no one knows.

Of course, even if an individual were to successfully acquire a cannabis patent, he/she may face a host of problems litigating claims of infringement by a competitor in court.  This is because patent litigation occurs in federal court and a federal judge may look unfavorably on the ownership of a patent on a federally illegal good and be less willing to enforce otherwise provided protective measures.  Ultimately, Cannabis’s reputation for excitement and uncertainty extends in equal measure to marijuana patents and inventors (and investors) who are eager to pursue a patent on their idea should at least be cognizant of the associated risks and liabilities before proceeding.

Howard Cohn, B.S.M.E., J.D, is the chief Patent Attorney at THC Legal Group, a team of Marijuana Lawyers specializing in legal protection for the cannabis industry. Cohn has been admitted to bar in New York and Ohio, and is registered to practice before U.S. Patent and Trademark Office.