Carson, CA – February 15, 2018 — Solis Tek Inc. (OTCQB: SLTK), a vertically integrated technology innovator, developer, manufacturer and distributor focused on bringing products and solutions to commercial cannabis growers in legal markets across the U.S., today announced that its Co-Founder, Chairman, Chief Financial Officer and President, Alan Lien, has been appointed Chief Executive Officer. Mr. Lien replaces Dennis G. Forchic, who has been removed both from his role as CEO and as a member of the Board of Directors due to a difference in strategic outlook that was incompatible with the majority of the Founding Directors’ plans and expectations for the Company.

Alan Lien founded Solis Tek in 2009 and served as the Company’s CEO through 2016, at which point he was appointed Chairman of the Company. Since co-founding the company, Mr. Lien has been responsible for leading the manufacturing, development, and sourcing of Solis Tek products, in addition to the Company’s sales and operational strategies. In his return to the CEO role, Mr. Lien will be focused on driving revenue growth by launching new products and expanding into new territories.

Over the past several years, Solis Tek has established a name for itself in the emerging legal cannabis industry and as we navigate Solis Tek through this transformative growth period, it is of utmost importance that the strategic outlook and expectations of the CEO are aligned with those of the Board of Directors and our shareholders. 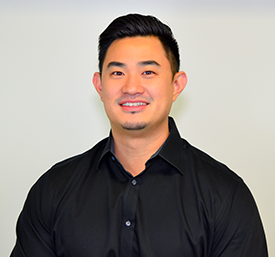 “With the introduction of our Zelda Horticulture subsidiary, the Company is even better positioned to drive significant long-term shareholder value,” Mr. Lien continued, “Zelda is a core component to driving revenue now and in the future. This division will diversify Solis Tek’s revenue streams and deepen our relationships with commercial and hobbyist growers. As we have structured it, Zelda leverages the same sales and distribution channels as its core lighting vertical. In addition, the lighting division recently launched new products including the Controller, to tremendous demand.”

Prior to founding Solis Tek, from 2006 to 2009, Mr. Lien was the Chief Operating Officer for A&A Lien Enterprise, a 20 year old export/import company located in Taipei, Taiwan with a focus in sporting equipment. Well-known customers that were served by A&A Enterprise include: Mitre, Umbro, Diadora, Louisville Slugger, Franklin, Diamond and more. During his tenure as the Chief Operating Officer for A&A, Mr. Lien supervised the development of new manufacturer relationships, purchasing and client development, as well as oversaw quality control and trade show participation. Mr. Lien received his BS in Marketing from Monmouth University.

Detailed information on the changes in management is contained in a Current Report on Form 8-K filed by the company.

To be added to the Solis Tek email distribution list, please email SLTK@kcsa.com with ‘SLTK’ in the subject line.

Solis Tek Inc, parent company of wholly owned subsidiaries Solis Tek Digital Lighting and Zelda Horticulture, is a vertically integrated technology innovator, developer, manufacturer and distributor focused on bringing products and solutions to commercial cannabis growers in both the medical and recreational space in legal markets across the U.S. For nearly a decade, growers have used Solis Tek’s lighting solutions to increase yield, lower costs and grow better to maximize their return on investment. In late 2017, Solis Tek introduced Zelda Horticulture, a nutrient line with all-natural ingredients. The Company’s customers include retail stores, distributors and commercial growers in the United States and abroad. For more information, please visit our website, http://www.solis-tek.com.