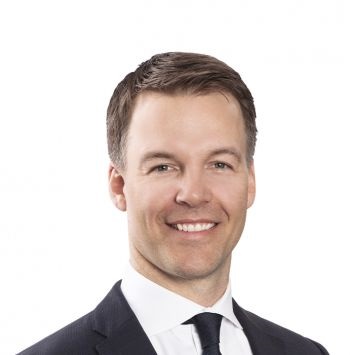 Canadian LP Sundial Growers (NASDAQ: SNDL) went public via IPO in August 2019, and in 2020, the company went through a restructuring process. It has emerged with a two-pillar strategy: one pillar focused on cannabis operations and the other focused on investment operations, according to CEO Zachary George. He spoke with New Cannabis Ventures about each side of the company’s operations and Sundial’s plans for growth. The audio of the entire conversation is available at the end of this written summary.

George was educated as a lawyer and trained as a credit analyst. He worked in the alternative space, and he guided turnarounds and restructuring of a number of public entities in board and C-suite positions. He is joined on the Sundial leadership team by leaders with backgrounds in CPG and cannabis.

Sundial is not yet a full two years into its turnaround process. The company is making progress and taking a close look at the margin profile of its products. Instead of supporting a large portfolio with a high number of SKUs, the company is looking to cut down on what it is doing and excel at its chosen path.

The company’s cannabis operations are driven by its 450,000-square-foot, modular indoor cultivation and processing facility in Olds, Alberta. The facility has 114 individual grow rooms, each approximately 2,800 square feet in size, according to George. All of the rooms are independently controlled and monitored.

Earlier this year, Sundial closed the acquisition of Inner Spirit and the Spiritleaf retail cannabis network. The company now has more than 100 company-owned or franchised retail locations in Canada, and the team is busily attending to integration.

Sundial also announced the acquisition of liquor retailer Alcanna, which is expected to close in December. The company is positioning to not only be a competitive LP but also to be a better partner to industry. It sees opportunities to showcase brands and execute wholesale transactions. Ownership of retail distribution infrastructure is an important element of success in Canada going forward, according to George.

The team is considering upstream, midstream and downstream opportunities for future M&A, similar to a commodity-oriented model, according to George. He sees select opportunities that could enhance Sundial’s operations in each of these areas. While consolidation will continue to play a role, the company does not expect to announce further M&A in the near term.

When George stepped into the CEO role in early 2020, he and the team stepped back to evaluate the opportunities in the Canadian market. They came to the conclusion that there is almost no profit pool to compete for in the Canadian market due to its oversupplied and dysfunctional nature, according to George. So, the Sundial team set out to find the best option for economic returns and determined that capital providers were earning the most.

The cost and availability of equity capital make the opportunity for senior and secured credit substantial, according to George. Sundial set out to raise capital at the end of 2020 and into the beginning of 2021, enabling it to eliminate its bank debt. The company had approximately a quarter of a billion dollars of debt on its balance sheet and the marginal cost of debt capital in the high teens. The structure was unsustainable.

Sundial eliminated that debt and started to build large cash balances. In December 2020, the company acquired its first loan to Zenabis, a company that has since been acquired by HEXO.

In early 2021, the company opted to take a more formal approach to its investments, forming the joint venture SunStream Bancorp with partner SAF Group. Most of the company’s capital commitments are flowing through that joint venture vehicle, according to George. It has executed a number of transactions, and it has a strong pipeline ahead.

Sundial also has some investments on its balance sheet that are not a part of the SunStream joint venture. For example, Sundial has made strategic investments in Indiva and The Valens Company. Sundial is taking equity risk and exposure when there is an opportunity to look at future M&A, according to George.

Providing structured and secured credit to U.S. and Canadian cannabis companies will drive significant operating cash flows to the investment side of Sundial’s business, according to George. That will ultimately provide a buffer for the capital-consuming operations on the cannabis side of the business as the company works toward a healthier Canadian market.

The company has invested north of a quarter-billion dollars in the United States through a private equity structure. Sundial has exposure to U.S. MSOs, including  Jushi Holdings and Greenrose, and other cannabis businesses in the country in a compliant manner. The company receives invitations to provide capital to international companies on a regular basis, but right now, Sundial is focused on improving its operations and reaching profitability in Canada. From there, the company will be able to leverage its investment operations and joint venture to consider credit exposure in a wider market.

Sundial is positioning itself to be different than the average LP. It has put together a credit portfolio of more than $400 million. But, George sees both the cannabis operations and investment operations continuing to drive value. The Sundial team remains excited about the Canadian market, despite the challenges that exist today.

The company’s competitive position in the Canadian market is still emerging. From the beginning of its restructuring process, Sundial was focused on improving its cultivation operations. COO Andrew Stordeur is taking the lead on that effort, and the company is seeing significant progress on its potency and terpene profiles. Improving cultivation operations has given the company a strong base to build from.

Sundial went through an aggressive restructuring process, one that George anticipates other LPs may have to experience themselves. But, Sundial will have the advantage of doing it first. The company will be in a position to benefit from the dislocation and stress in the market.

Funding and Investor Base

Sundial has that $400+ million credit portfolio as well as select equity investments, and it’s still sitting on approximately $600 million Canadian in current cash balances, according to George. The company is taking a disciplined approach to capital allocation, focused on growing the business and achieving free cash flow in the near term.

The company’s investor base is made up of dispersed retail investors. As disclosed last quarter, Sundial has approximately 2.4 million individual investors. The team is working on nontraditional ways to engage with that investor base. As the company’s model matures, George expects to see more interest from institutional investors and the emergence of a broader, balanced investor base over the next few years.

Sundial has ample cash liquidity today, and it is focused on deploying that capital in an accretive manner.

The volatility in the space and its track record on demand planning and revenue targets mean the company is not yet providing guidance, according to George. As the company and industry mature over time, it will look to provide guidance.

The retail networks of Inner Spirit and Nova Cannabis, a strategic partner of Alcanna, generate a $300 million revenue run rate. Looking at the alcohol side as well, that run rate is closer to $600 million, according to George. He is excited to share operating results with stakeholders as Sundial moves into 2022.

As the company continues to execute on its new strategy, it carefully considers KPIs like cash cost of cultivation, cash flow, gross margins and G&A.

Looking forward, Sundial will be challenged with integration following the close of its announced acquisitions. It will also face the challenges of operating in the Canadian market, but George is optimistic that the market will improve. He expects the cannabis industry to ultimately take on the form of an oligopoly, and Sundial is aiming to adopt the characteristics of a successful player in that kind of space.

To learn more, visit the Sundial website. Listen to the entire interview: