KKE Oil is a premium, recreational focused oil, developed for the consumer who wants the convenience, high THC potency and precise dosing offered by a cannabis oil. KKE Oils are one of the first ever recreational-focused cannabis oils available to consumers in Canada. Wiz Khalifa and the KKE team specifically selected the Supreme Cannabis’ wholly-owned subsidiary, 7ACRES Sensi Star strain for the debut of the line.

“I’m excited to bring our first products to Canada and launch KKE Oils. They are an awesome, high-in-THC product that everyone will love,” said Wiz Khalifa, principal of KKE. “This is a legendary moment that will be followed by many more game changing releases KKE will launch with Supreme Cannabis over the next year.

We firmly believe that a high-quality input supports high-quality output and KKE Oil embodies this belief. We are excited to launch one of the first recreational focused cannabis oils in Canada with Wiz Khalifa and the KKE team. KKE Oils are easy to consume, effective and deliver the aromatic terpene profile 7ACRES’ Sensi Star is known for. We can’t wait to launch the full suite of KKE products, including KKE Jean Guy Oil, later this year. 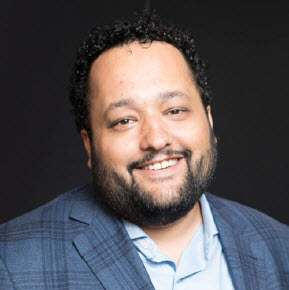 Canada will be the first country outside the United States to experience KKE branded products. KKE Oil is expected to be available for purchase in British Columbia and Ontario by the end of the week, Alberta in early July and released to other Canadian provinces throughout the year. KKE Oils are the first in a full suite of recreational focused products expected to be created under the previously announced partnership between Supreme Cannabis and KKE.

Khalifa Kush Enterprises Canada was founded in 2018 and is the first expansion for Khalifa Kush outside of the U.S. with plans for growth in additional countries all over the world.

Khalifa Kush products were first commercialized in the U.S. in 2015 by multi-platinum, Grammy and Golden Globe nominated recording artist Wiz Khalifa and his long-time business associates Will Dzombak (CEO, Taylor Gang), Tim Hunkele (Vice President, Taylor Gang) and Constance Schwartz (Founder and CEO, SMAC Entertainment). The company has achieved much success with the creation of high quality and highly sought-after products in the legalized marijuana market and are currently available for purchase in Nevada and Arizona.