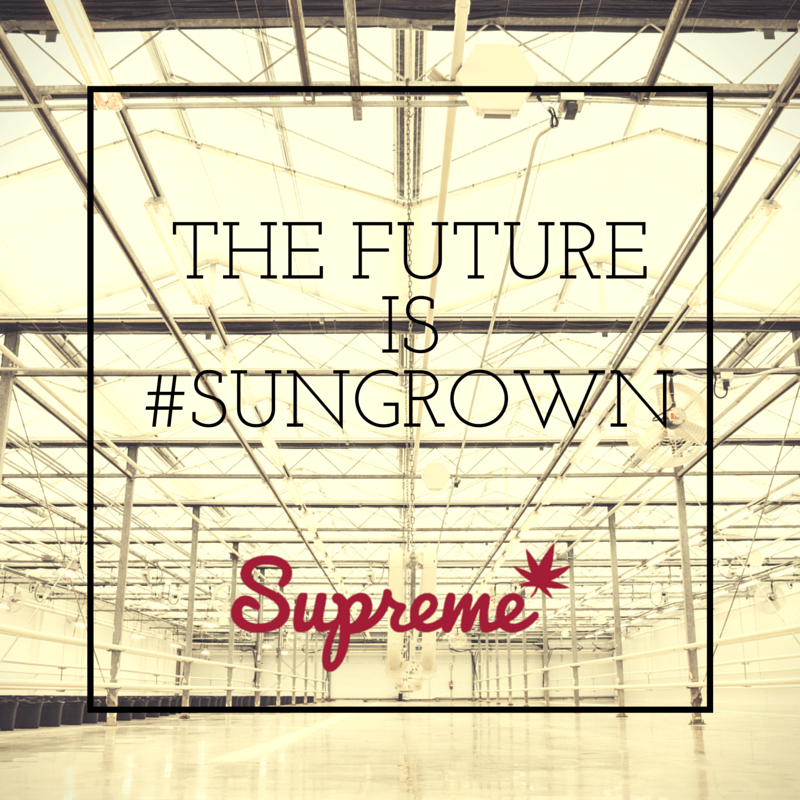 Supreme Pharma (CSE: SL)  (OTC: SPRWF), which owns 7 Acres, a 342,000 sq. ft. hybrid greenhouse medical cannabis production facility in Ontario licensed by Health Canada under ACMPR, detailed the closing of the third tranche of a capital raise announced in mid-June, raising over $10mm and, cumulatively, almost $15mm.  The offering of units was priced at $.40, each consisting of a common share and a warrant at $0.50. The shares are subject to a four-month hold restriction.

This Financing represents a big step in the growth of Supreme. We are well positioned to complete our Phase 1 expansion of the Hybrid Greenhouse to satisfy wholesale demand in excess of current capacity. 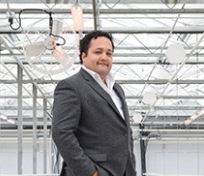 The participation from existing shareholders, directors, management and local investors from Kincardine demonstrates our stakeholders’ confidence in our organization and business plan. We are fortunate to have such a strong and supportive shareholder base moving forward.

The capital raise by Supreme is one of several that now total over $236mm since the Liberals won control of Parliament in October: 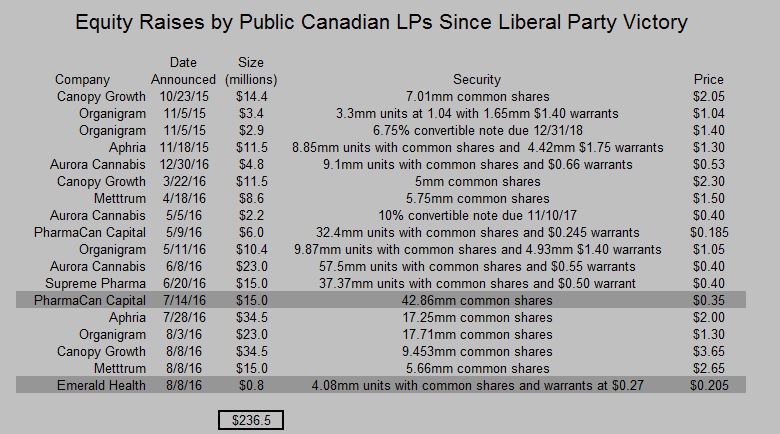 The company, which recently harvested its first crop, was licensed to cultivate in March and, pending completion of an inspection later this year, will begin to sell on a wholesale basis to other licensed producers. 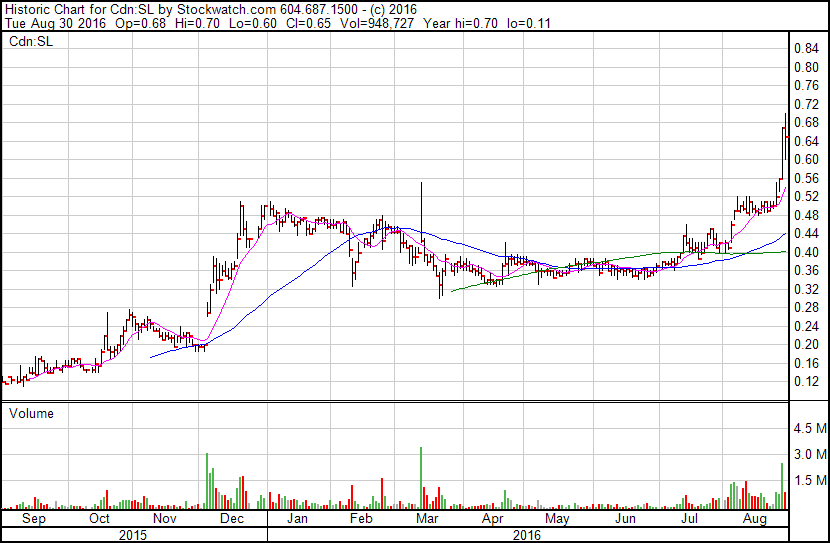