Supreme Cannabis to acquire Truverra as it prepares for Legalization 2.0 and Global Medical Markets

The recent introduction of Health Canada’s amended cannabis regulations creates a distinct opportunity for Supreme Cannabis to establish a leading position in the cannabis extracts markets. With the acquisition of Truverra, we secure a Toronto-based facility equipped to extract our high-quality inputs for concentrates and vaping liquids in the near-term. 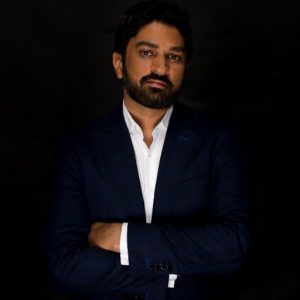 Truverra’s operations also provide an additional entry point into Europe’s CBD wellness market, where Truverra Europe has successfully launched multiple CBD products in various jurisdictions. Truverra’s Canadian and European operations are managed by a senior leadership team with a wealth of experience manufacturing and launching products in highly-regulated industries such as life sciences and pharmaceuticals.

“The Supreme Cannabis Company has a strong track record for executional excellence, with their support and robust corporate services we look forward to strengthening our operations in Canada and globally,” said Jeff Adams, CEO of Truverra. “In the near term, we will continue to build Truverra’s CBD offering in Europe and position the brand to serve international medical markets.”

CCC’s Health Canada-licensed 5,000 square-foot facility in Scarborough, Ontario will house Supreme Cannabis’ extraction lab for concentrates and vaping liquids. Supreme Cannabis will retrofit the facility to include a range of both solvent and solvent-less concentrate and extraction equipment and leverage our unique position as the only cannabis producer with high-end flower at scale. Changes to the facility will commence in the near term with the goal of meeting demand for the pending legalization of concentrates and other derivative cannabis products.

Supreme Cannabis will use CCC’s facility to complete extraction for select brands and partners. As previously announced, Supreme Cannabis intends to produce extracts under its wholly owned subsidiary, 7ACRES and through its exclusive partnership with Khalifa Kush Enterprises Canada ULC. The Company also maintains a supply agreement with Pax Labs, Inc. (“PAX”) to supply 7ACRES-branded cannabis pods for the PAX Era vaporizer in Canada.

Based in the Netherlands, Truverra (Europe) B.V. will deliver its rapidly expanding portfolio of CBD Hemp products into the UK and Netherlands, as well as direct to consumer through the company’s ecommerce website.

In addition to his role as Chairman of the board of directors for Truverra, Mr. Singh is the CEO of Mint Pharmaceuticals. Under his leadership, Mint Pharmaceuticals has emerged as one of Canada’s most reputable and leading generic drug manufacturers over the past decade. Mr. Singh will remain an advisor to the Supreme Cannabis.

Supreme Cannabis has engaged Nicholas Wong as a Special Advisor to the Company and Truverra. Mr. Wong is a partner with a leading law firm in Toronto with expertise in advising clients on building and defending IP portfolios in the chemical, pharmaceutical and natural health products industries. Mr. Wong will support Truverra’s clinical strategy and the development of its medicinal products, planning clinical and all other evidence-based scientific studies with outside research bodies.

The Transaction will require approval by 66 2/3% of the votes cast by Truverra shareholders at the Meeting. Truverra shareholders holding approximately 68% of the shares of Truverra, on a fully diluted basis, have entered into support agreements (the “Support Agreements”) pursuant to which, among other things, they have agreed to vote all of the shares held by them in favour of the Transaction at the Truverra Meeting, on the terms and subject to the conditions set forth in the Support Agreements.

A copy of the Acquisition Agreement will be filed by Supreme Cannabis with the Canadian securities regulators and will be available for viewing on the Company’s profile on the System for Electronic Document Analysis and Retrieval (“SEDAR”) at www.sedar.com. A description of the Acquisition Agreement will also be set forth in Supreme Cannabis’ material change report to be filed on SEDAR.

Truverra Inc. is a privately held cannabis company based in Toronto, Ontario. Since 2013, Truverra’s wholly owned subsidiary, Canadian Clinical Cannabinoids Inc. (CCC), has invested in state-of-the-art equipment and world class GMP quality systems to meet the growing demands of the market for extraction and purification services that meet international quality standards. Truverra’s European subsidiary, Truverra (Europe) B.V., is located in the Netherlands and produces a broad portfolio of CBD Hemp products for the European market. Truverra operates its businesses with the goal of becoming a global leader in the development, production, and marketing of cannabis and hemp-derived medicinal products with clinically proven efficacy.