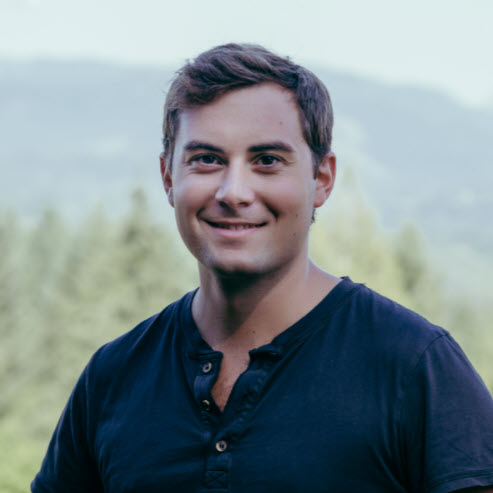 The wholesale cannabis platform LeafLink has almost 9,000 customers, and it is continuing to scale alongside of its users. Co-Founder and CEO Ryan Smith spoke with New Cannabis Ventures back in 2018. Three years later, he checked in to discuss the continued growth of the company’s unified B2B platform, a growing team and potential consolidation. The audio of the entire conversation is available at the end of this written summary.

The People at LeafLink

People are the driving force behind the company’s growth, and LeafLink continues to look for ways to level up its leadership team, according to Smith. Since 2018, the company has added leadership with experience at companies like Etsy and eBay. Smith and his team are looking for ways to create processes across the team, which is now almost 200 people strong.

When the COVID-19 pandemic began, LeafLink had approximately 185 people. Right now, it has almost 70 open positions, and Smith expects the team to have more than 300 people by this time next year.

The LeafLink platform is designed to connect cannabis buyers and sellers, supporting them through the full lifecycle of their orders. The company facilitates approximately 40 percent of all legal wholesale in the states and almost $5 billion in Gross Merchandise Value (GMV), according to Smith.

Recognizing the complexity of the B2B supply chain, LeafLink is working to offer customers a seamless solution that ties in naturally to their operations.

LeafLink is in nearly 30 different markets across the United States, as well as a couple of provinces in Canada. It is in major markets like Michigan, Colorado and California. Some of the large customers using the company’s platform include Columbia Care, MariMed, Kiva and Wana Brands.

The company is currently excited about East Coast markets in the United States, eyeing states like Massachusetts, New Jersey and New York.

In Canada, the company does have a presence in provinces that offer more opportunities for private operations. Many markets on the international level, like those in the EU, leverage existing pharmaceutical distribution channels. LeafLink doesn’t see as much opportunity to grow in markets with that kind of model, but it is keeping a close watch on how international opportunities develop.

Competing in a Fragmented Market

Thus far, the cannabis market has been fragmented: lots of players spread out across individual state markets. There are a number of regional operators that LeafLink sees as competitors, but the company is one of a few in this competitive group that has raised more than $100 million in equity.

LeafLink is in a position to be a consolidator, and it is open to having conversations around M&A. But, Smith believes there needs to be more progress on the tech side of the space before many successful mergers take place. A lot of the companies interested in being acquired are still in the early stages, according to Smith.

Long term, LeafLink wants to see an industry that empowers many different operators. Smith sees the possibility of hyper-consolidation–consolidation until there are only a few larger players, similar to the liquor industry–as an existential threat to the cannabis industry.

While the future shape the industry will take is yet to be determined, LeafLink is prepared for federal legalization. The team expected that federal legalization would take place at some point back when the platform launched in 2016. The architecture of the LeafLink solution is built to accommodate partnerships with banks and shipping services like USPS, FedEx and DHL, whenever the regulatory environment allows the cannabis industry to make those kinds of relationships.

Near the end of 2020, LeafLink raised $40 million through its Series C. Within the past few weeks, the company quietly raised another $40 million from its investors, according to Smith. The company has largely worked with technology funds. It has investors that include Lerer Hippeau, Thrive Capital, Founders Fund and Nosara Capital.

LeafLink was the first cannabis investment for many of its investors, and the company has spent a lot of time cultivating those relationships to serve as their first step into the cannabis space.

The company is building a war chest to be prepared to act as a consolidator when the time is right, according to Smith. LeafLink is also aggressively investing in its platform to give consumers access to all of its solutions, including payments, financing, delivery, data and advertising. As the company looks to bring the platform to its customers as a seamless, self-serve solution, it will be adding people to the team to support that vision.

Down the line, LeafLink is open to the possibility of going public, but that move will ultimately need to serve the goals of the company, its team and its shareholders. The company is not interested in making its public debut on an international exchange. If it does go public, it will be on a U.S.-based exchange like the NYSE or NASDAQ.

LeafLink is looking to quadruple its revenue from 2020. The company is looking to scale its revenue to match the scale of the community it has built on its platform. More states opening, particularly East Coast states expected to come online in 2022, will help to drive growth for the company.

GMV is a core metric for the LeafLink team. The company has also created a set of metrics to track the health of its platform across different regions of the U.S. It looks at metrics around buying, selling and frequency of ordering.

As the company continues to scale, it will be looking for ways to maintain and deepen the relationships it has with the customers using its platform. LeafLink is also looking for ways to build a better community in the cannabis space. As a part of that effort, the company is working with diversity and equity licenses. LeafLink wants to be a progressive company that empowers an efficient supply chain in cannabis.