We were pleased to report revenue growth of 26% compared to the prior year period. This was the first quarter in which we generated revenues from sales to California’s adult use cannabis market. We believe these revenues will accelerate as the industry’s supply chain professionalizes and the adult-use market matures. 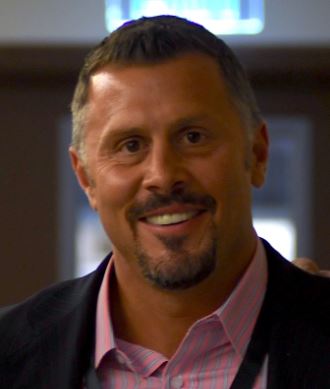 California is the world’s largest cannabis market, home to approximately 40 million people, and we are proud to have positioned ourselves to have first mover advantage in anticipation of a significant market ramp over the coming months.

“To prepare us to scale our production to meet this projected demand, we are building a Blüm dispensary and extraction facility in San Leandro and have submitted applications to open two additional retail dispensaries in Santa Ana. As a result of this infrastructure buildout and the developments in the market, our California operations are well-positioned to drive top-line revenue growth in the future.

“We are also pleased with the performance of our four Nevada-based cannabis dispensaries, which have been selling to the adult-use market since July of last year and have established both our Blüm retail and IVXX wholesale brands as recognized leaders in the adult-use market. During the first quarter we participated in completing the construction of our new cultivation facility in Sparks, NV and our cannabis extraction facility in Reno, NV, which will significantly expand our capacity when the requisite state approvals come through.

“Our revenues from Edible Garden increased 40% as sales for our expanded line of organic and locally-grown salads and greens gained momentum. This segment of our business gives us a strong foothold in the New Jersey market and we will continue to invest in building out its distribution channels and constructing a major new packaging facility,” concluded Mr. Peterson.

Terra Tech received State of California Temporary Authorization to cultivate, manufacture, distribute and retail cannabis to the adult-use market, following California’s legalization of adult-use cannabis sales effective January 1, 2018. This significantly expands the Company’s potential customer base in California beyond the medical market, which it has been servicing since April 2016. 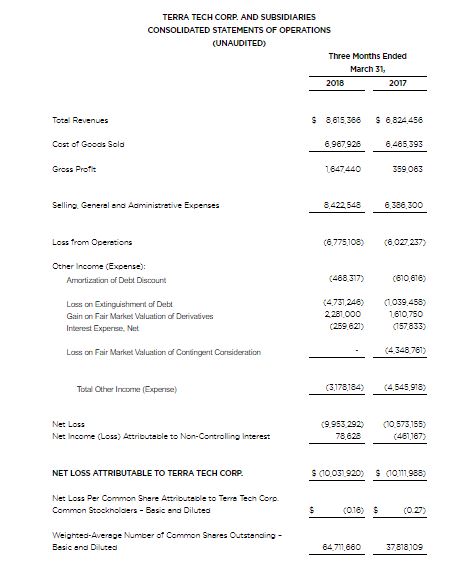 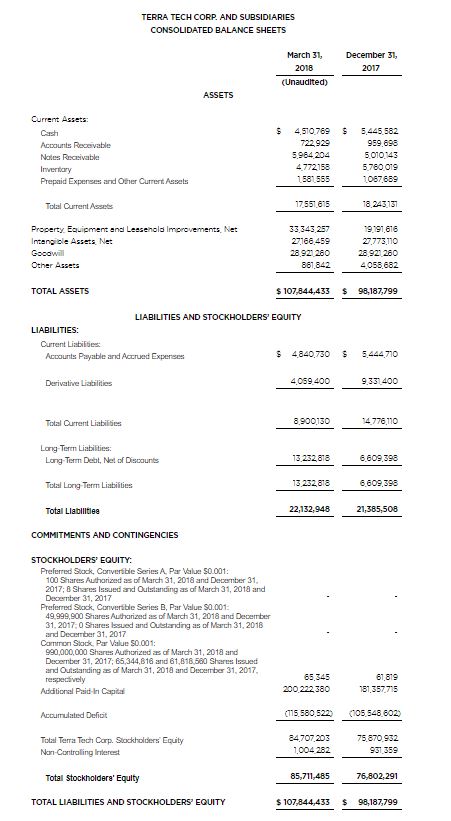