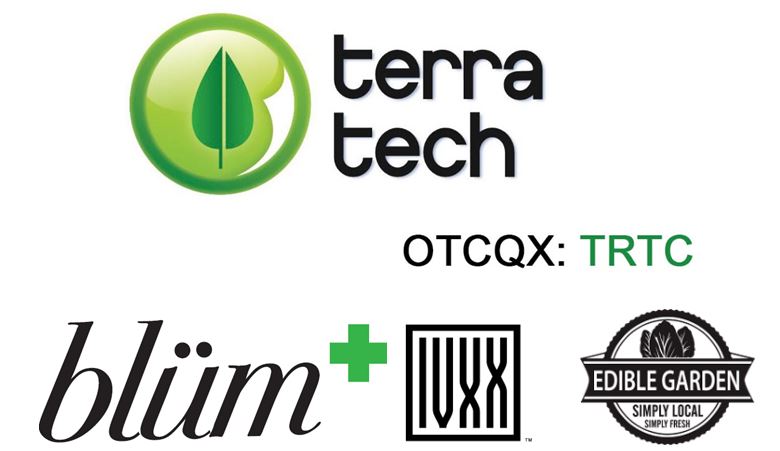 After the close of business Friday, Terra Tech (OTC: TRTC) issued a press release, filed its 10-K and hosted a conference call (replay) to discuss 2016 results and to provide an outlook for 2017. The company, which is the only publicly-traded multi-state vertically integrated cannabis company, with operations in California and Nevada, reported full year sales of $25.33mm, of which $13.2mm was related to cannabis (Blüm and IVXX) and $12mm related to hydroponic produce (Edible Garden), and it expects to produce sales of $38-40mm in 2017.

Cannabis sales growth of $12mm was driven primarily by the addition of Blüm Oakland, which was included for three quarters following its acquisition of Black Oak at the end of March. The business had a gross margin of 11.7% and produced an operating loss of $4.19mm. Edible Garden sales increased 39%, though the operating loss increased from $1.05mm to $1.54mm. The gross margin was 8.2%. Overall, the company reported an $18.15mm operating loss and a $27.99mm net loss, with operations using $9.52mm.

The balance sheet showed common equity of $52.15mm, but all of this is goodwill and intangibles related to the Blüm acquisition, totaling $52.55mm. The cash at year-end was $9.75mm. One of the most positive developments was that its auditor, Macias, Gini & O’Connell (MGO), removed the “going concern” disclosure that had appeared in prior years, suggesting that the company is on better financial footing than it has been historically. This language in the prior year’s 10-K was absent:

On the conference call, Peterson shared his philosophy about branding integrity and branding strength, suggesting that the company will be best positioned over time by focusing on its Blüm and IVXX brands to avoid commoditization. He also explained that Terra Tech will continue to focus on California and Nevada and will be careful in its expansion into other states for now given what he sees as large opportunities in these markets. Finally, he discussed the components of the 2017 guidance from a high level. Edible Garden sales will likely increase, but due to the company’s decision to curtail the sale of ornamental flowers that will cost $1-2mm in sales, the growth will slow but with improved margins. Most of the growth will come from the cannabis operations, which include 4 operational medical dispensaries in Nevada benefitting from legalization of adult-use. The California operations will benefit from a full year of Blüm, San Leandro opening, an additional cultivation facility in Oakland and continued growth in the IVXX brand.

Terra Tech is a pioneer in the publicly-traded space, and it has focused on two states that are undergoing big changes in the near-term. California is moving towards being a regulated market after 20 years since medical cannabis was legalized, with for profit operations now permitted and expanding with adult use next year. Nevada’s nascent medical cannabis industry is likely to see explosive growth as the state implements adult-use as early as July. The company is moving aggressively to establish its Blüm and IVXX brands in both states, sacrificing profits for market share. Access to capital remains challenging, especially compared to companies in Canada, but the company has managed to use its stock and the capital it has been able to raise to establish a strong position in two leading markets. Despite the challenges of trading on the OTC, it has successfully registered a large S-3 shelf.

Terra Tech, which estimates that it has 39K shareholders and has almost 800mm shares on a fully-diluted basis ($218mm market cap), enjoyed a strong 2016, rising 241.4% as the market responded favorably to the Blüm acquisition. So far, 2017 has been lackluster, with the stock down 13.4%: 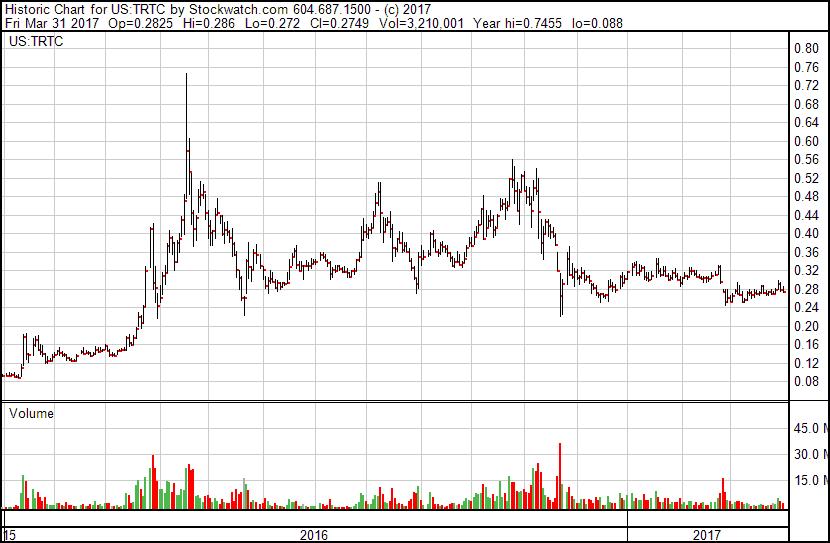 Perhaps the strong guidance, which at the mid-point implies revenue growth of 54% and likely $25mm of cannabis-related sales, will spark some interest. Last year, the company provided guidance of $20-22mm in January after announcing the Blüm acquisition and exceeded it handily. While the guidance for 2017 was based upon existing operations, Peterson alluded to more acquisitions ahead in both of the company’s markets, with additional dispensaries likely in California and a cultivation facility in Nevada, assuming early legalization happens. The bottom-line is that Terra Tech, a pioneer in the cannabis industry in terms of being a public company that grows, processes and sells cannabis products, is driving forward aggressively, focused geographically and on building its brands despite relatively unfriendly capital markets.