Beleaguered Terra Tech (OTC: TRTC), which has cannabis operations in California and Nevada, had already fallen to multi-year lows before moving sharply lower today following news that it has been sued in a Nevada court for alleged fraud. The lawsuit, which was filed in November, was reported on December 14th by the Reno television station KRNV, which included an interview with plaintiff Heidi Loeb Hegerich, an investor in partnership with the company since 2014.

According to the allegations, Hegerich participated in three separate joint venture transactions, including  a Reno cultivation operation, a real estate company and the operations of the Reno Blum dispensary. She charges that the entities weren’t properly audited and that Terra Tech “looted” the “highly successful” dispensary operations. According to an investigation by CaseyNeilon, “Terra Tech admitted numerous errors” in its accounting. She also claims that the company included false statements in its 10-Q filing, as the company misrepresented its ability to exclusively control the management of Blum’s Reno operations. Hegerich further alleges that Terra Tech failed to make rental payments to the real estate company.

In all, there were 50 claims in the complaint, most of which named Terra Tech or its executive officers. The plaintiff is seeking monetary damages as well as the appointment of a receiver to manage Loeb Medifarm Entities. Terra Tech did provide KRNV with a written statement denying the allegations. 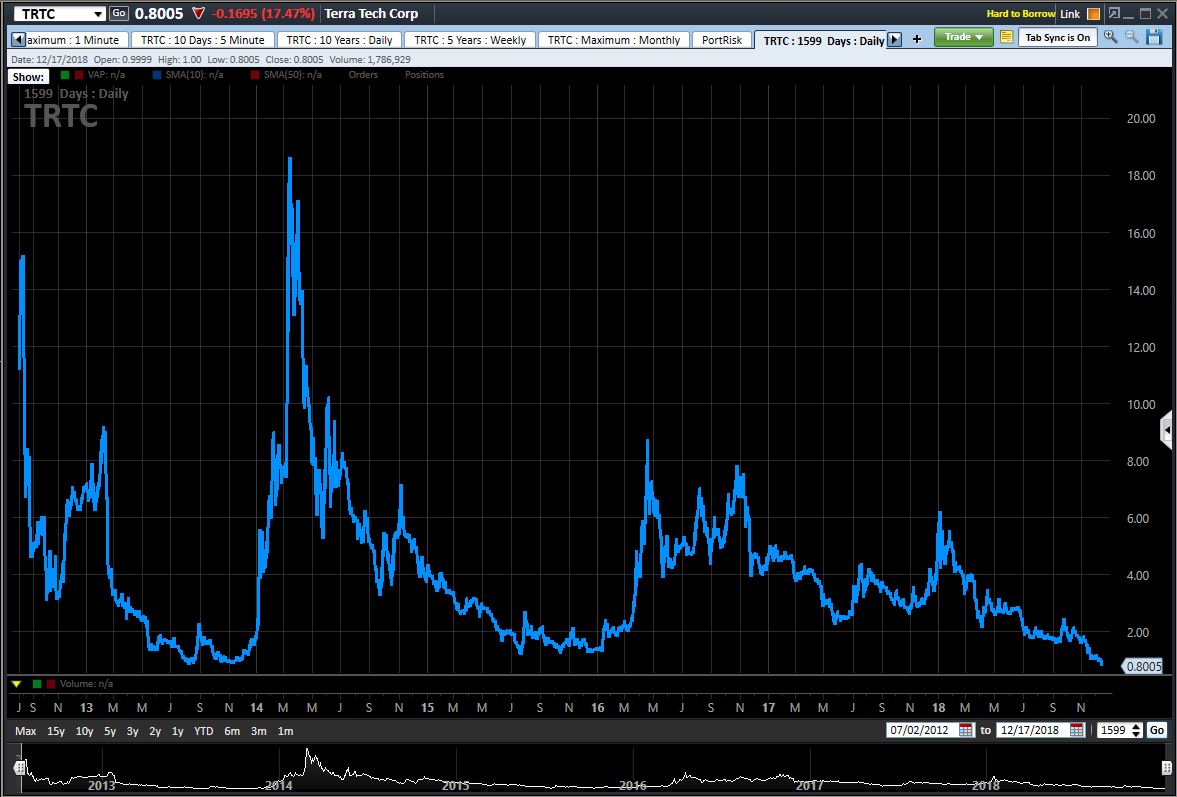 In the most recent quarter, the company reported cannabis-related revenue of $5.8 million, down 33% from a year ago and 19% from Q2. Terra Tech also operates a hydroponic produce division, Edible Garden.