On June 1, 2015, Governor Greg Abbott of Texas signed the state’s “Compassionate Use Program”, Senate Bill 339, into law.  One of the most restrictive medical cannabis programs in the nation, it is being overseen by the Texas Department of Safety, which is on track to award the initial licenses to dispense low-THC, high CBD oil by 9/1/17. The program restricts access to just a single qualifying condition, intractable epilepsy, and requires the dispensed oils to have a maximum of 0.3% THC and a minimum of 10% CBD.

This week, the agency published five proposed amendments to its initial administrative rules that were made effective near the beginning of 2016, one of which marked a major departure from the original rules. The agency had originally indicated that licensing fees would be $6000 for application and $6000 for a two year renewal period.  The new proposed fees, disclosed in Subchapter B, will now be $1.3mm for the initial application and $975K for renewal.  Additionally, the registration fee for directors, managers and employees, will be hiked from $150 each to $4820, with the addition of a $2875 biennial renewal fee per registrant.  DPS justified the drastic hike:

The recently proposed increase in the licensing fees, reflected in the proposed administrative rules, is the result of several factors. Most notably, the fees reflect the recommendations of executive leadership that (1) the estimated number of licenses be reduced from twelve to three; and (2) based on security and safety concerns the presence of DPS troopers is required on the premises of the three dispensing organizations seven days a week. The latter recommendation is estimated to cost approximately $1.2 million over the biennium. Additionally, a portion of the increase is based on the department’s more general recalculation of the costs associated with administering the program and new information gained from the vendor approval process regarding the costs of the registry software development and maintenance.

Despite the many shortcomings of the Compassionate Use Program, the low barriers to entry, including the reasonable licensing fees, led many to believe that the state would approve more than the minimum three license holders specified in the law, with entrepreneurs willing to invest in front of potential expanded access or even legalization in the future. DPS now expects to award only three licenses rather than twelve, and the state prohibits home grow. Marijuana Policy Project sent an email suggesting that the proposed fee hikes could “kill Texas’ medical marijuana program before it begins!”

Newly proposed fees and reporting requirements would all but ensure the program could not operate. 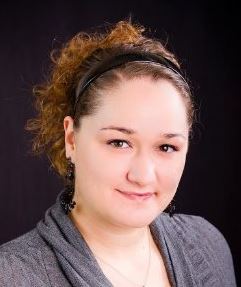 While the Texas Department of Safety has presented a sensible approach to regulations until now, this shocking increase is simply unknown in any other medical marijuana state. The program, already limited to low-THC cannabis for seizure patients, simply couldn’t sustain its own burdensome costs. Critically, even if it could operate, patients could not afford the medical marijuana such an over-burdened system would produce.

Fazio also decried new rules regarding compliance with federal laws related to interstate transport despite cannabis being prohibited from crossing state lines. The viability of the Texas medical cannabis program is threatened as well by the potential introduction of GW Pharma’s Epidiolex, which will have similar characteristics  and target market to the oils produced in Texas but that will be likely reimbursed by insurance, in late 2017 or early 2018, pending FDA approval. Further, Texas doesn’t require lab testing, something that falls short of industry standards and could give doctors and patients more confidence in the FDA-regulated product.

The proposed rules are subject to a comment period until November 28th, when they become final. DPS remains on track to announce a vendor for the program and to complete an online registry by the end of November and to begin accepting applications by June.