Hamilton City Council voted to reverse the positive decision by the Planning Committee of Council on Wednesday, July 11, 2018 to pass the zoning amendment related to TGOD’s Hamilton Phase Two greenhouse expansion, representing approximately 6.5% of TGOD’s total planned 170,000 kg production. This vote was contrary to the recommendations of Hamilton City staff. TGOD has prepared an appeal application and will be filling it with the Local Planning Appeal Tribunal (LPAT) in the coming days. The Company is confident the appeal to LPAT will be successful on its merits.

The Hamilton production facility, oil extraction and Phase One 20,000 square foot facility are proceeding as planned and it is the Company’s intention to complete the Phase Two greenhouse expansion following a positive outcome of the appeal process.

If a resolution cannot be achieved in a timely fashion, the Company may simply transfer the Hamilton Phase Two capacity to its 1,107,000 square foot Valleyfield, Quebec site, which is currently under construction (Click here to view Valleyfield’s progress). TGOD’s Quebec facility has access to more than sufficient power at the lowest rates in Canada, lower labour costs and the ability to build upon an already planned infrastructure, resulting in significant reductions in additional capital costs.

Within its Valleyfield, Quebec facility, TGOD is undertaking the build-out of 287,000 square feet cultivation dedicated to its Beverage Division which is an industry first purpose-built production facility (Click here to view news on the Beverage facility). This facility will be capable of producing 40,000 kgs of premium organic cannabis dedicated to the beverages. This includes a state-of-the-art manufacturing campus to conduct strain-specific research, develop organic cannabis IP and optimize CBD and THC strains for consumption.

We are very proud of our Hamilton roots and as we build TGOD into an international consumer branded company, it’s our hope to have a larger presence in Hamilton. This will include world class science and agricultural buildings creating hundreds of direct and indirect jobs and adding to science and higher education programs in the community. 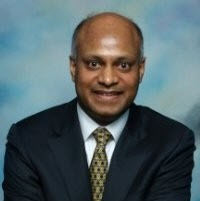 The Green Organic Dutchman Holdings Ltd. is a research & development company licensed under the Access to Cannabis for Medical Purposes Regulations (“ACMPR”) to cultivate medical cannabis. The Company carries out its principal activities producing cannabis from its facilities in Ancaster, Ont., pursuant to the provisions of the ACMPR and the Controlled Drugs and Substances Act (Canada) and its regulations.

The Company grows high quality, organic cannabis with sustainable, all-natural principles. TGOD’s products are laboratory tested to ensure patients have access to a standardized, safe and consistent product. TGOD has a funded capacity of 170,000 kg of cultivation facilities in Ontario and Quebec and Jamaica.

TGOD’s common shares and warrants issued under the indenture dated November 1, 2017 trade on the TSX under the symbol “TGOD” and “TGOD.WT”, respectively.

The Green Organic Dutchman to Merge With BZAM Cannabis