Begins Clinical Trials of the Hound® Marijuana Breathalyzer with the University of California, San Francisco (UCSF)

OAKLAND, CA–(Marketwired – May 23, 2017) – Hound Labs, Inc., creators of the patent-pending Hound® marijuana breathalyzer, announced today that Benchmark invested $8.1 million in the company. Mitch Lasky, general partner at Benchmark and Dick Wolf, an early investor in Hound Labs and acclaimed television writer and producer will join CEO, Dr. Mike Lynn, on the board of directors. Hound Labs also announced the start of clinical trials to verify the efficacy of its field-tested device.

The groundbreaking Hound marijuana breathalyzer is expected to be an essential tool for law enforcement and employers, as it will measure the amount of recent THC (the psychoactive ingredient in cannabis) in breath, which can indicate if a marijuana user is currently impaired.

Presently, more than 50 million adults regularly use marijuana in the United States1. Law enforcement and employers have a pressing need to understand who is impaired from recent use of marijuana versus those who merely test positive from having used marijuana the day before or even weeks earlier.

Unlike driving under the influence of alcohol, a test for marijuana is more complicated. Relying on currently-available tests for THC in saliva, blood, and urine risks wrongful prosecution or job termination because THC remains in those body fluids for days or even weeks — long after the period of impairment. The best way to determine very recent use of marijuana is to measure it in breath, where THC remains for only a few hours before disappearing. 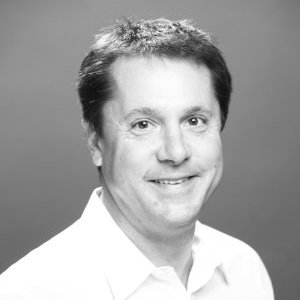 Groundbreaking science is necessary to make an accurate measurement of recently used cannabis, and Hound Labs is uniquely positioned to deliver a solution to the market that respects the needs of the enforcement community as well as the rights of legitimate cannabis users.

The Hound marijuana breathalyzer uses a completely new scientific approach designed specifically to overcome the nearly impossible challenges of measuring THC in breath. The underlying technology in the Hound marijuana breathalyzer does not work like the technologies used in alcohol breathalyzers which are only sensitive enough to measure alcohol molecules in parts per thousand (1,000). Hound Labs’ unique invention measures THC molecules in breath in parts per trillion (1,000,000,000,000).

“Over the past two and a half years, we have extensively tested our device with marijuana users and routinely correlated our results with state-of-the-art forensic laboratory equipment. We are eager to demonstrate the Hound marijuana breathalyzer’s capabilities and to take the final steps toward commercial availability,” said Dr. Lynn. “These clinical trials are important not only for our company, but also for our country as they are the first to measure recent THC use in breath with a highly accurate portable device that can be easily used at the roadside or in the workplace.”

The first clinical trials began earlier this month at San Francisco General Hospital (SFGH). Kara Lynch, PhD, Co-director, Clinical Chemistry and Toxicology Laboratory at SFGH, and Associate Professor of Laboratory Medicine at UCSF is leading the research. “It is very exciting to participate in this pioneering research,” commented Lynch. “The availability of a marijuana breathalyzer, such as the one developed by Hound Labs, will open new frontiers of research for scientists around the world.”

In addition to clinical trials, Hound Labs will continue to conduct field studies with law enforcement agencies in multiple cities across the country. Hound Labs plans to begin manufacturing the Hound marijuana breathalyzer in the fourth quarter of 2017.

Hound Labs is a scientific device company that has developed patent-pending technology capable of rapidly, accurately, and inexpensively measuring recent marijuana use in a person’s breath. The company’s proprietary approach allows for breath samples to be retained for future analysis — protecting drivers, employees, law enforcement, and employers from wrongful prosecution or job termination. Founded in 2014, the Oakland-based company was created by Dr. Mike Lynn, an ER physician, reserve deputy sheriff, and former venture capitalist and his co-founder, Mr. Kuni Oh, a patent attorney with extensive experience in engineering and science.

Benchmark’s mission is to back great entrepreneurs who are changing the world. The venture capital partnership is privileged to work alongside men and women who are taking big ideas and transforming them into successful companies. Benchmark focuses on early-stage ventures and is comprised of six equal general partners who take a hands-on approach to every business decision. Benchmark’s current portfolio includes companies such as Docker, Nextdoor, Stitch Fix, Tinder, Uber, and WeWork as well as recent IPOs and acquisitions such as Snapchat, Twitter, Instagram, Yelp, OpenTable, New Relic, Hortonworks, GrubHub, Zendesk, and Zillow. Benchmark has offices in Woodside and San Francisco.

Gaining an Edge in the Cannabis Industry