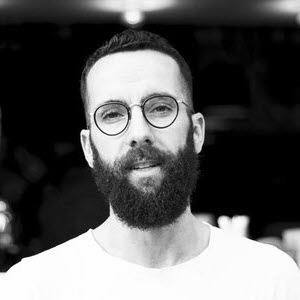 Hiku Brands, (CSE: HIKU) (OTC: DJACF), a publicly traded licensed producer, is focused on marketing and selling cannabis as a retail product, a business strategy that differs from most other licensed producers in Canada. The British Columbia-based company, which just won one of four retail licenses in Manitoba, was formed in January by the merger of Tokyo Smoke and DOJA Cannabis, and includes two other brands under its umbrella: Van der Pop and Maïtri. Alan Gertner, cofounder of Tokyo Smoke and now CEO of Hiku Brands, spoke with New Cannabis Ventures about his move from Google to the cannabis industry and what he sees for the future of his company.

Gertner spent six years  with Google running a corporate strategy team and then leading a $100 million-plus business in Asia. But, Gertner was never far from the cannabis industry; his father Lorne Gertner founded Cannasat Therapeutics in 2004, a trendsetting foray into a now rapidly growing market. Together, Gertner and his father discussed their shared vision – cannabis as a consumer product – and launched Tokyo Smoke in Toronto three years ago. Since then, the company has opened coffee shops and cannabis accessory stores across Canada; over the past year, their stores have touched more than 350,000 people.

The DOJA Cannabis and Tokyo Smoke merger was announced in December 2017 after having quickly come to fruition. For Gertner, the partnership was a natural choice, as the companies shared a vision of cannabis as a branded consumer product, and that alignment made the merger a seamless process. Today, Gertner shares leadership responsibilities with Trent Kitsch, the cofounder of DOJA Cannabis and president of Hiku Brands who is perhaps best known as the founder of SAXX Underwear, and works regularly with the DOJA team as they build Canada’s modern cannabis brand house.

Viewing cannabis as ultimately a consumer product means the company hopes to use its brands to build a community that resonates with consumers. Hiku Brands stands out from its peers having a fully built marketing team and retail team, which is helping the company gain widespread brand recognition through new stores and by telling the brands’ engaging stories. The DOJA brand is designed to appeal to active wellness focused West Coasters. Tokyo Smoke targets design-minded creatives and urban professionals. Van der Pop, built by April Pride, is one of the only brands focused on women.  Future additions, including the pending Maïtri acquisition, will be on underserved, high-value sectors.

As a licensed producer, Hiku Brands is growing its own cannabis, but another piece of its business strategy is forming supply agreements and partnerships with other companies, like Aphria and WeedMD. DOJA Cannabis is scheduled to undergo pre-sales license inspection by Health Canada this month, which will put it in position to sell into the adult-use market later this year. Gertner, who was most excited about Manitoba as the first truly retail cannabis market in Canada,  feels confident that it will be able to compete in all of the provinces. While the Canadian market remains the primary focus, Gertner has put the United States market, which he sees as a valuable longer-term opportunity, on the backburner for now, suggesting that the company is interested in other markets with federally legal medical cannabis.

Listen to the entire interview. Hiku Brands is a client of New Cannabis Ventures: