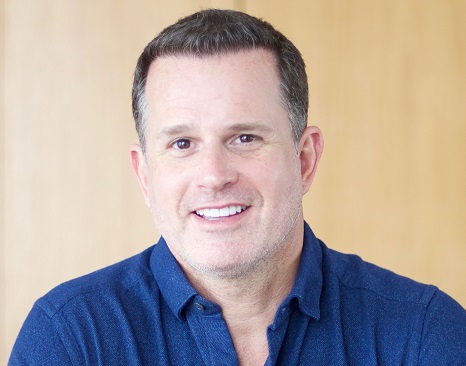 Fotmer Life Sciences is a global cannabis cultivation company based in Uruguay. CEO and Executive Chairman Dr. Jordan Lewis spoke with New Cannabis Ventures about the advantages of cultivating in Latin America, building global distribution agreements and navigating the regulatory challenges of the cannabis industry. The audio of the entire conversation is available at the end of this written summary.

Prior to getting into the cannabis industry, Lewis studied veterinary medicine and practiced as a large animal vet. His interest in pharmacology and his entrepreneurial spirit led him to the cannabis business.

The Fotmer Life Sciences team brings together experienced leaders from all over the world. CFO Mauricio Agudelo joined the company from Bedrocan, which he helped grow into a leading worldwide exporter of cannabis. COO Sergio Braz spent 14 years in various positions at Coca-Cola, developing expertise in commerce and supply chain operations.

Additionally, Fotmer Life Sciences has a group of team members that built experience developing production and manufacturing facilities in the Colorado market.

The company currently focuses on greenhouse production in Uruguay. It has 300,000 square feet of production space, turning out four tons of flower per year, approximately six to seven tons of biomass. Fotmer Life Sciences received one of the first and most comprehensive licenses in Latin America; it is licensed to produce up to 200 tons, according to Lewis. He sees the company’s operations in Uruguay as a strong platform to launch the company’s global strategy.

Fotmer Life Sciences also has GMP-certified dry and cure facilities, and it is in the process of launching a new manufacturing and packaging facility this year. In the near term, the company plans to double its footprint in size.

Low-cost production is essential to the company’s strategy; cost of production metrics drive its day-to-day operations. The company’s team brings experience growing around the world, including experience growing in the temperature extremes of the Colorado market. Uruguay offers a climate for efficient growing, and thus far, the Fotmer Life Sciences’ cultivation system has performed well. Low-cost production at scale is a significant advantage for the company, according to Lewis.

Right now, there isn’t much competition in the Latin American market, according to Lewis. He does expect that competition will help to further develop the industry, and he sees competition growing on a worldwide scale. But, the company’s product quality and low cost of production will be a significant differentiator.

As the company builds its foundation, it is considering its options, including M&A.

While the COVID-19 pandemic has presented challenges from an operational perspective, the company has still seen significant demand for medical cannabis.

Over the past two years, Fotmer Life Sciences has been building its cultivation platform and focusing on distribution. In December, the company signed a distribution agreement with Israeli cannabis company Canndoc. The deal is expected to generate $45 to $50 million over the next seven years, according to Lewis. This agreement will help give the company a significant foothold in Israel. Additionally, Canndoc’s partnership with Teva Pharmaceuticals will serve as a stepping stone for distribution into Europe and other markets.

Fotmer Life Sciences has distributed its product to some of the larger LPs in Europe, and it is planning to enter more retail markets in the coming year.

The company has raised $25 million thus far. Its investor base is primarily made up of strategic family offices in Latin America and the United States. As the company grows, Lewis expects to attract institutional investors. Fotmer Life Sciences has raised equity, but it will keep its options open in the future. Fotmer Life Sciences is generating significant revenue and nearing the breakeven point. Lewis expects that going public is a potential opportunity in the company’s future.

The company is expected to break even on cash flow this year, according to Lewis. He sees a solid growth trajectory for the company over the next few years, driven by the company’s expanded cultivation, expanded retail distribution and manufactured products.

Regulatory issues continue to be a challenge as more markets come online. The Fotmer Life Sciences team has to navigate a new set of regulations each time it enters a new market. But, the company is busily growing its footprint and looking to raise money for its expansion. Fotmer Life Sciences has proven its ability to execute, building its 300,000 square feet of greenhouse space and completing the first harvest within nine months. It is prepared to meet the challenge of connecting the dots between the regulatory landscape and executing on cultivation operations, according to Lewis.

Why Cannabis Investors Should Not Fear This Round of Capital Raising