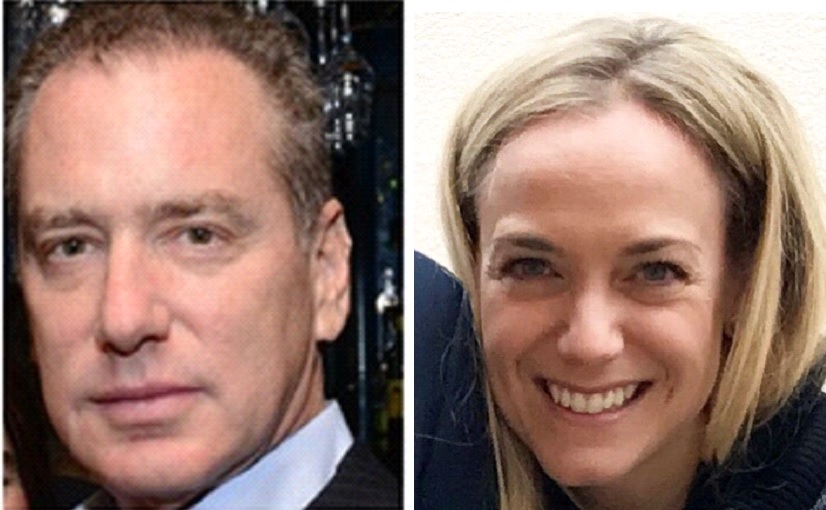 Jonathan Sandelman, CEO of special purpose acquisition company Cannabis Strategies Acquisition Corp. (NEO: CSA.A, CSA.WT, CSA.RT) (OTC: CBAQF), thinks it takes decades to build a strong CPG brand, and his company is taking a disciplined approach to do just that in the cannabis space. Sandelman and CSAC COO Jennifer Drake spoke with New Cannabis Ventures about the company’s five recent pending acquisitions, its approach to geographic “clusters” and their focus on finding the right talent.

Both Drake and Sandelman have finance backgrounds. Drake spent the early part of her career at organizations like Goldman Sachs, but found herself drawn to the cannabis industry because of the unique, entrepreneurial opportunity it represents. Sandelman has spent the past three decades operating as an investor, running his family office over the past five years. He has been highly focused on the CPG space and sees cannabis as the next big CPG opportunity.

CSAC, which went public in early 2018, wants to capitalize on that opportunity and build a national cannabis brand with the right people. For example, Sandelman pointed to the recent addition to the team: Chris Burggraeve as Chief Commercial Officer. Burggraeve is an experienced executive with leadership of brands like Budweiser and Coca-Cola under his belt.

As a special purpose acquisition company, CSAC is a publicly traded private equity structure. Typically, these types of companies seek to make an acquisition and shareholders vote whether or not complete the purchase, according to Sandelman. In the case of CSAC, the company made five simultaneous acquisitions of U.S.-based cannabis companies. The company is initially focused on limited-license recreational states, and it hopes to continue making acquisitions through stock and cash. Additionally, the company’s EBITDA and strong credit rating will enable it to issue debt, according to Sandelman.

The companies CSAC acquired are split between Nevada and Massachusetts: Washoe Wellness, LivFree Wellness, Canopy NV in Nevada and Sira Naturals in Massachusetts. The fifth acquisition, CannaPunch, has a footprint in Nevada, but the acquisition also grants the company rights to the CannaPunch brand everywhere in the U.S. outside of Colorado. CSAC plans to bring that brand to every state it operates in, according to Sandelman.

In Nevada, the company is focusing its growth efforts on Las Vegas and Reno. CSAC is bringing together four companies to create one vertically integrated business in the state, according to Drake. The company will aim to produce as much of its own flower and product as possible to maximize margins in Nevada.

In Massachusetts, CSAC is focused on making Sira, just one of 17 grow license holders, a dominant player. In 2019, the company is planning C$28 to $32 million in expenses, much of which will go to funding expansion in this state. Massachusetts limits each license holder to 100,000 square feet under canopy, and the company aims to expand to reach that maximum, according to Drake.

CSAC will also be taking part in a Massachusetts educational program, which teaches people to cultivate and manufacture in the cannabis space. CSAC will partner with program members to carry their brands in-store. The company will also invite the top performers from each program to run a kiosk, ultimately their own business, in its stores, according to Sandelman. He hopes to take this type of program into every state where CSAC has operations.

While Massachusetts and Nevada are the company’s focus now, these two states are just the start of its geographic “cluster” strategy. Starting on the east and west coasts, CSAC is aiming to penetrate contiguous markets to build its brand presence. For example, the east coast cluster would spread from Massachusetts to the neighboring states of New York, New Jersey, Pennsylvania, Maryland, and Delaware. On the west coast, the company is planning to expand its presence from Nevada to California. As consumers travel from state to state, they would continuously see CSAC’s brand. As the company grows, the goal is to establish more and more clusters, eventually moving toward the interior of the country to meet in the middle. But, that process will be a measured one with growth never outpacing talent acquisition and quality product.

In 2019, the company is expecting C$240-$260 million in revenue from the five businesses it has acquired, according to Drake. Future acquisitions could generate more revenue on top of that. Expansion into the recreational market in Massachusetts, expected in 2019, will be a big driver of growth, according to Drake. In 2020, the company expects to grow largely by acquisition, targeting revenue of C$750-$825 million. In its prospectus, it provides guidance for the five initial target companies to expand EBITDA in 2019 to C$130-140 million from C$30-35 million in 2018. Additional acquisitions could add C$75-100 million in revenue and C$30-50 million in EBITDA in 2019.

CSAC operates as a highly regulated branding company and expects to announce a name change to reflect its brand, although the company’s leadership was unable to offer an exact timeline for the announcement.

Right now, CSAC trades on the NEO exchange in Canada. Sandelman and Drake frequently field questions about a potential move to the CSE, since many other U.S.-based multi-state operators trade on this exchange, according to Drake. As of now, there are no plans to move to a different exchange, but the company would consider it based on investor input, according to Sandelman.

In such a new and rapidly growing industry, both Sandelman and Drake see a shallow talent pool that could lead to operational issues across the industry. They are laser-focused on finding the right people to execute the company’s strategy and build the CSAC brand.