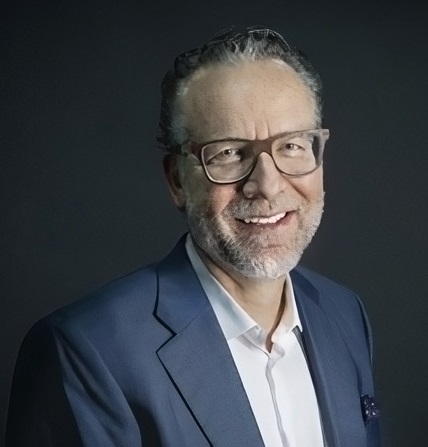 FoliuMed Holdings is a low-cost producer of medical cannabis with operations in Colombia and Germany and export relationships in multiple countries. Founder and CEO Oliver Zugel spoke with New Cannabis Ventures about the company’s exciting markets and competing on a global scale. The audio of the entire conversation is available at the end of this written summary.

Zugel served as a strategy consultant 30 years ago. After about 15 years in that role, he became the CEO of a multinational gaming company with operations in seven countries and 20,000 employees. He helped to take the company public in 2007. His first experience in the cannabis space was launching the extraction company Taproot Holdings in Las Vegas.

After learning from his experience in the U.S. cannabis market, Zugel worked with a colleague from the gaming company, Diego Felipe Navarro. Together, they founded FoliuMed. Navarro serves as the company’s  Colombia operations CEO. Dr. Armin Prasch and Dr. Andreas Koenig are senior members of the team in Germany, each bringing years of pharmaceutical leadership experience to their roles.

FoliuMed differentiates itself in part by maintaining lean operations with a modest cash burn, according to Zugel. In Colombia, the company has a 16-hectare cultivation facility. It cultivates at an altitude of 2,500 meters and an average temperature of 15 degrees Celsius. The company also has approximately 30 tons of biomass processing capacity via its ethanol-based extraction operations in Colombia.

The extracts FoliuMed produces are then sent to Germany, where its partner handles manufacturing. The company is one of the few Colombian operators with access to EU GMP-certified manufacturing, via its German partnership.

This model gives the company a low cost of production ($0.05 per gram versus roughly the $1 for lower-cost products in North America), according to Zugel. But he sees low-cost production as just one important factor. The company also meets pharmaceutical manufacturing standards by working with its EU GMP-certified partner. Low cost is not relevant if it does not go hand in hand with quality, according to Zugel. Providing low-cost products made in adherence with pharmaceutical-grade practices gives FoliuMed a competitive advantage in the global cannabis market.

As a founder-funded business, M&A is not a priority for the company right now. Rather, it will focus on organic means of growth.

The company ships its products to Germany, Australia, the United States and four other markets in Europe and Latin America, according to Zugel. He sees Germany as the largest medical market outside of North America and a major opportunity for FoliuMed.

In the United States, the company is largely waiting to see how regulations will shape the CBD market. It has shipped a modest amount of product to the market, but it has not yet established commercial operations in the U.S.

Australia is a key market for FoliuMed. It is well-regulated, growing quickly and it operates at standards that fit the company’s profile, according to Zugel. With high prices for patients in this market, FoliuMed has the opportunity to offer patients a more affordable pharmaceutical-grade product.

The Latin American market will take time to develop, according to Zugel, but the company will find opportunity there. Brazil, in particular, will be a key market.

Up to this point, FoliuMed has been funded by its founders with a small amount of outside investment. This year and next, the company will be looking to bring in more outside capital. But, it will be taking a step-by-step approach to growth. Zugel does not want to see the company do an RTO, roll-up or IPO too quickly.

The company’s cultivation operations are well set up. So, the majority of its capital is being used for its extraction operations and R&D, including the development of more advanced product forms like soft gels.

It is premature to reveal revenue targets for the company, which launched its commercial operations just six months ago, according to Zugel. He expects that the company’s growth will largely be driven by B2B business deals in 2021. The company is currently engaged in a number of promising discussions in Australia. The company will also be looking to serve companies with its white label business and by shipping bulk product directly to other markets without going through Germany.

As a low-cost producer, FoliuMed will keep a close watch on its cost per gram of flower and cost per gram of extract. Within its German operations, its metrics will revolve around the quality necessary to penetrate markets with the highest quality standards.

The industry is still in its early stages, particularly when it comes to how medical cannabis will move across borders. The FoliuMed team remains cognizant of regulatory uncertainty as it continues to grow.

To learn more, visit the FoliuMed Holdings website. Listen to the entire interview: