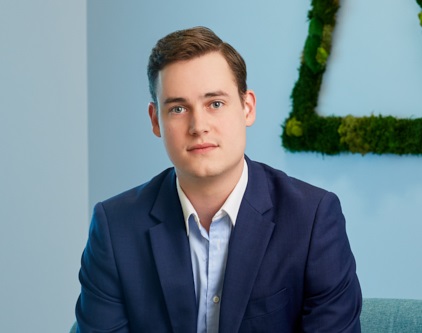 Delta 9 (TSX: DN) (OTCQX: VRNDF), based in Winnipeg, Manitoba, has three distinct business segments: wholesale, retail and B2B. This diversified strategy has helped the vertically integrated operator to expand across western Canada, and it is now looking to push to the east. Founder and CEO John Arbuthnot spoke with New Cannabis Ventures about the company’s Grow Pods, retail operations and phased expansion plans. The audio of the entire conversation is available at the end of this written summary.

In 2012, Arbuthnot started Delta 9 with his father Bill Arbuthnot under the MMPR program, gaining the 14th Health Canada license issued in March 2014. For the first few years of its operations, the privately held company supplied cannabis to a few thousand medical patients. In 2017, Delta 9 hit several major growth milestones. It raised approximately $10 million throughout the year and listed its shares on the TSX Venture. Since that time, the company has raised approximately $80 million and put that capital toward its three main business segments, according to Arbuthnot. The company’s shares have also been uplisted to the TSX, and Delta 9 has recorded profit from operations in its most recent quarter.

Arbuthnot also pointed to a number of Delta 9’s directors and executive leaders as important elements of the leadership team. The board of directors, including Nitin Kaushal, Hugh Aird and Joanne Duhoux-Defehr, bring with them extensive experience in corporate governance. Bill Arbuthnot serves as Chairman, as well as President. Seasoned CFO Jim Lawson and VP of Corporate Affairs Ian Chadsey are also important members of the senior-level management team.

Delta 9 has four of about 30 retail stores in Manitoba, but the company has managed to achieve an outsized market share, according to Arbuthnot. The company captures that market share through its location and pricing strategies. It has placed its retail stores in high visibility areas with a lot of foot traffic, located by other retailers like grocery stores and liquor stores for consumer convenience. Delta 9 also has a lean markup on its products, which has helped to position it as a price leader in the market. This strategy has allowed it to compete against not only legal operators but against the black market as well, according to Arbuthnot.

In 2019, retail operations generated about $15.4 million in revenue, and this business segment is set for further growth. The company has a pending deal for its first two stores in Alberta and plans to open up to 12 additional stores over the next couple of years.

The company’s three different business segments are designed to be complementary. The data generated by the thousands of daily transactions processed at retail locations can be analyzed to understand consumer demographics, price point demand and product preference. In turn, this information can be used to guide the strategy for the company’s production and wholesale operations.

Since the launch of Cannabis 2.0 products, Arbuthnot has seen significant consumer demand. Initially, he has observed the average cart size increasing. Consumers are still buying dried flower and prerolls, but they are adding other 2.0 products to try. He expects to have a good sense of how the new product categories will play out after another few quarters.

Delta 9 has an 80,000-square-foot facility in Winnipeg, but it takes a different approach to cultivation. Instead of the greenhouse or outdoor model, the company grows its cannabis in retrofitted shipping containers called Grow Pods. The company customizes standard 40-foot high cubic shipping containers with wall panels, lights, HVAC and security systems. These Pods are scalable and stackable.

This model has several benefits. First, it affords the company a high level of control over the growing environment, which can be a challenge in large-scale cultivation operations. The conditions of the Pods are carefully controlled to maximize the quality of the finished product. The smaller, separate Pods also mitigate some of the risks associated with growing. If disease or contamination occurs in a large, open operation, it can spread throughout the entire facility. With separate pods, Delta 9 is able to decrease this risk. Contamination or disease in one pod does not mean the facility’s entire crop is affected.

Additionally, the Grow Pods help the company to specialize. Delta 9 is producing about 30 different varieties of cannabis at any time, according to Arbuthnot. Different strains of cannabis can require different environments, and the separate pods allow for that customization.

The company manufactures the pods, a lean capex model. Right now, it has 297 Grow Pods in production, which supports an annual production capacity of 8,300 to 8,500 kilograms. Delta 9 is currently distributing in Manitoba, Alberta, Saskatchewan and British Columbia. It is beginning to look at opportunities in eastern provinces like Ontario. Eventually, Arbuthnot is envisioning the company as a national distributor. In 2019, the company’s wholesale revenue was $9.5 million.

Delta 9’s B2B service line has three main components. The company sells its proprietary Grow Pods to other licensed and pre-licensed companies. It offers consulting and licensing services. And, it sells its genetics–the company has a seed bank of approximately 75 different cannabis strains. This division of the company helps other cannabis entrepreneurs enter the space. The company is able to offer these customers equipment, help them navigate the Health Canada licensing process and ultimately provide them with genetics. Beyond that, the company will often sign long-term offtake agreements with its B2B customers. Arbuthnot sees this is a way to create an ecosystem of smaller craft producers, which sell their products through Delta 9’s existing distribution channels.

The B2B division has become a more significant source of revenue for the company over the past year. In 2019, revenue for this division was about $6.2 million, up from $900,000 in the previous year. Roughly 90 percent of the B2B division’s revenue comes from the sale of Grow Pods, while the remainder is split equally between the consulting and genetics offerings, according to Arbuthnot.

Delta 9 sees value in forming long-term relationships with fellow cannabis companies. For example, it works closely with Auxly. Auxly is a large strategic investor in the company (it invested $16.25 million in Delta 9 in 2018), and it has a long-term supply agreement with Delta 9. The company is providing Auxly with high-quality flower, as well as trim and extraction-grade material to make Cannabis 2.0 products. Additionally, Delta 9 has announced a commercial rights agreement to purchase products from Auxly and distribute them through its retail network.

The company also has a white labeling agreement with Westleaf. Delta 9 is providing Westleaf Labs in Calgary with offtake and extraction material, which is being used to manufacture Delta 9 Cannabis 2.0 products. The first products will be Delta 9 branded vaporizers. Arbuthnot sees these kinds of relationships as beneficial for the companies involved and their investors.

Last year, Delta 9 focused on the second phase of its expansion plans. The company went from 154 of its Grow Pods to 297. Next, the company is planning to complete its purpose-built processing center. This fully automated facility will allow the company to bottle, package and label approximately 25,000 kilograms of consumer packaged goods each year. Delta 9 will also be expanding its 80,000-square-foot facility to 135,000 square feet, which will allow for the addition of another 128 Grow Pods, taking the total to over 420.

The company is well-funded for its phase two expansion, which will be staged out over 2020 and beyond as required, according to Arbuthnot. Delta 9 is also looking ahead to the third phase of its expansion plan, which will roll out over the next several years. The expense for this phase is expected to be around $120 million.

Delta 9 is planning to largely fund future expansion with cash flow, rather than going back to the equity markets. If necessary, it will consider equity or non-dilutive financing. The company has access to an $18.1 million credit facility with Canadian Western Bank, which speaks to the company’s maturity, according to Arbuthnot.

Growth in an Uncertain Landscape

While the COVID-19 pandemic continues to disrupt daily life, Delta 9 has been able to continue making routine shipments and to maintain its retail and B2B operations thus far. The company is prioritizing the health and safety of its staff and customers. It is encouraging social distancing, providing workers with personal protective equipment and installing Plexiglas shields at the checkout areas in its retail locations. The company will continue to adhere to advice from provincial and federal healthcare officials as the situation evolves.

The company is not providing formal guidance for 2020. Rather, it is pointing to its 2019 results to demonstrate its management team’s focus on execution. Delta 9 had approximately $31 million in operating revenues last year, up from $7.6 million in the previous year, with a little more than $10 million in gross profit for the year, according to Arbuthnot. The company also finished the year with $22.8 million in working capital.

While the current pandemic makes future plans uncertain, Delta 9 is planning to expand into new provincial distribution markets, grow its retail footprint, add new products and continue building relationships through its B2B division. The company will focus on creating shareholder value across all of its initiatives.

To learn more, visit the Delta 9 website. Listen to the entire interview: