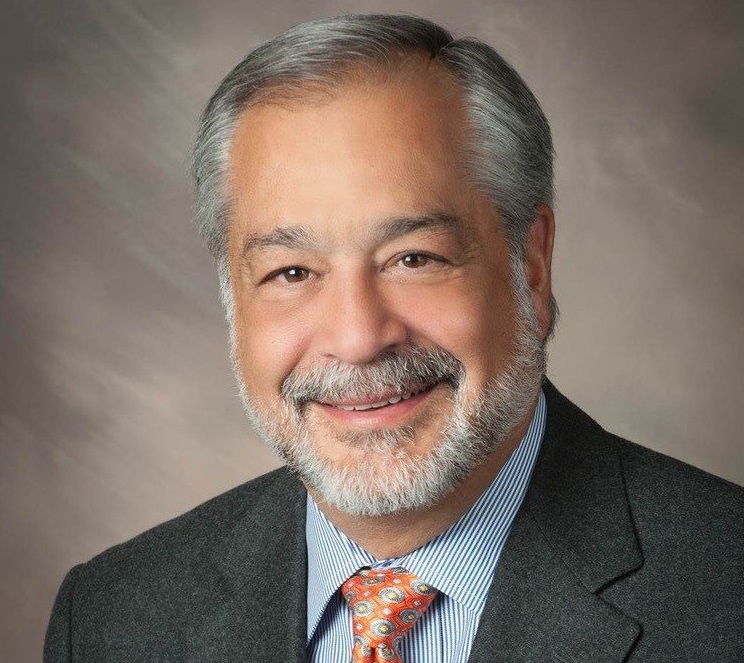 Medical cannabis company Curio Wellness has built its brand in Maryland, and now, it is preparing for national expansion via a franchise model. Co-founder and CEO Michael Bronfein spoke with New Cannabis Ventures about the company’s traditional approach to the cannabis space and how he envisions Curio Wellness growing.

A Father and Daughter Team

Bronfein worked in the pharmaceutical industry for decades. His daughter, Wendy Bronfein, pitched him with the idea of developing a medical cannabis company. He initially turned her down, but she was persistent. She sent him data demonstrating cannabis’s ability to improve quality of life. Wendy had her father’s attention, and he set out to do some research and build a business plan. Together, they launched Curio Wellness.

Bronfein’s background in pharmaceuticals is evident in the company’s model. Curio Wellness’s cultivation and manufacturing processes are rooted in traditional industries. The company built its manufacturing operations with the Lean Protocol, and it has a cGMP-certified facility.

Maryland’s cannabis market is currently medical-only, but there is an adult-use referendum on the ballot this November. Bronfein considers the Maryland market robust with faster than anticipated growth. Approximately 160,000 people are in the medical cannabis program, and people are buying an average of $280 to $300 worth of products per month, according to Bronfein.

Maryland, like other markets, is dealing with oversupply, but he expects that challenge to recede over time. In the interim, Curio Wellness has opted to cut back its cultivation output rather than steeply discounting its flower. Bronfein views discounting to drive market share as a mistake. On the manufactured goods side of the business, Curio Wellness is not experiencing any price pressure. The company is continuing to build its market share, according to Bronfein.

Last year, Curio Wellness completed a 100,000-square-foot expansion of its indoor grow facility. It now has 160,000 square feet of indoor grow space, as well as a 35,000-square-foot cGMP-certified manufacturing facility. That building is 55,000 square feet, leaving room for expansion. The company built this facility to emulate healthcare manufacturing, according to Bronfein. Each product line has its own distinctive space to reduce cross contamination. The facility also has strict quality control for each step of the manufacturing process.

As Chief Brand Officer and Director of Public Policy, Wendy Bronfein takes the lead on the company’s branding. Before launching Curio Wellness, she was a branding executive with companies like NBC and Comcast.

Curio Wellness has more than 90 SKUs in its portfolio. It recently launched a new line of GI products, and it is planning to launch a line of topicals. The company invests heavily in product innovation, and its products are designed to meet the FDA standards for dietary supplements. Bronfein believes that the quality and consistency of the company’s products are the driving force behind the company’s market share. Its manufactured products have about 20 percent market share in Maryland.

The company has one brick and mortar location in Maryland, branded as a wellness center. Recently, the company rebranded its retail location from Curio Wellness to Far & Dotter. The name means “Father and Daughter” in Swedish, a nod to the father and daughter team behind Curio Wellness.

In addition to its own retail location, Curio Wellness self-distributes products to most dispensaries in the state. Bronfein has extensive experience in drug distribution and brought that background to Curio Wellness. The company has its own fleet of trucks, and it has focused on being a strong, reliable wholesale partner.

While adult-use could come to Maryland as early as next year, and at some point, in the future at the federal level, Bronfein does not see the need for a significant shift in Curio Wellness’s business model. Curio Wellness is a health and wellness brand with products that could be sold in medical-only and adult-use markets.

As a distributor, Curio Wellness wants to cover as much of retailers’ shelf space as possible. The company augments its portfolio of proprietary products with best-in-breed products from other companies. For example, Curio Wellness recently inked a licensing deal with The Parent Company. Curio Wellness has found a niche with premium brands, and Bronfein anticipates The Parent Company’s Monogram brand will be a good addition to the portfolio. The company also works with brands like Wana and BellRock, which includes the Mary’s Medicinals and Dixie brands.

The company initially focused on building an operating model and brand strategy. Now, it is ready to replicate that approach at a national level. Curio Wellness is planning to take the Far & Dotter brand nationwide through a franchise model. The company is prepared to franchise in 22 states, and it has signed its first franchise agreements. The franchise model is working in concert with the company’s WMBE Fund. The $30 million fund will support 40 to 50 franchisees across those 22 states, with a focus on increasing diversity in the cannabis industry. Curio Wellness will raise more money for the fund depending on the capital markets and the need.

Curio Wellness will likely have one or two corporately owned stores in new markets to serve as flagships and training centers for franchise locations. The ultimate goal is to become the leading franchisor for medical and adult-use dispensaries east of the Mississippi, according to Bronfein.

Limited license medical states are of interest to the company because it knows how to operate in that type of environment. Bronfein mentioned states like Pennsylvania, Ohio, Missouri and New York as interesting markets. New Jersey, which recently launched adult-use, is also on the company’s radar. Bronfein also finds Florida interesting but considers it too expensive right now because of its vertical model.

Curio Wellness has no interest in being acquired, according to Bronfein. But it is pursuing acquisitions of its own. Before now, the company considered acquiring licenses to be too expensive. The challenging economic conditions have started to bring prices to a more attractive point for Curio Wellness. While working in the pharmaceuticals industry, Bronfein was involved in a number of acquisitions, and he feels prepared to buy and integrate assets.

The company has built a team with experience at large companies outside of the cannabis industry, including McCormick, Procter & Gamble, Unilever and Abercrombie & Fitch. It has focused on bringing in people with experience in particular areas, rather than focusing solely on cannabis experience.

Curio Wellness has raised $52 million in equity, and it has a $26 million mortgage on its expanded facility. The company is the first in Maryland to get a traditional bank mortgage, according to Bronfein.

The company started out with high-net-worth individuals and a small number of institutional investors. The initial investment was $30 million through a partnership model; a general partner put up 20 percent and the limited partners put up 80 percent. In 2021, the company converted to a C Corp and brought in some more institutional investors. Entourage Effect Capital is an investor and has been a strong partner to the company, according to Bronfein.

Bronfein anticipates that 2022 will be a relatively small growth year due to flower pricing. Looking further ahead, he expects to see double-digit growth driven by the eventual launch of adult-use in Maryland and pricing normalization. Though this year has been a slower growth year, Curio Wellness has had double-digit growth over the past four years. The company’s goal is to reach EBITDA exceeding $100 million by 2025.

The Curio Wellness team measures success through a number of metrics with market share being first and foremost. The team looks at market share by product, by region and multiple other measures. The company also carefully tracks gross profit margins and operating income. Curio Wellness aims to have 30 percent EBITDA and 30 percent return on invested capital, according to Bronfein.

The regulatory landscape at the federal and state level remains a challenge, but Bronfein expects that to evolve over time. He is excited about taking Far & Dotter to more markets and to invest in communities with the WMBE Fund.

To learn more, visit the Curio Wellness website. Listen to the entire interview: