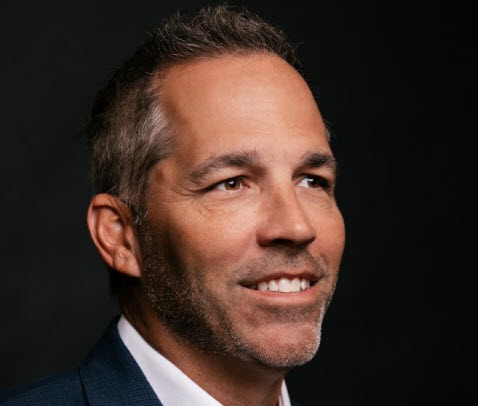 Private multi-state operator Greenlight has 23 dispensaries open with another 15 under construction. The company is focused on Midwestern states that other MSOs have largely considered “flyover territory,” but several of those states are poised to make the transition to adult-use. Greenlight CEO John Mueller spoke to New Cannabis Ventures about the company’s market presence, upcoming ballot initiatives and plans to grow the company.

The Road to Greenlight

Mueller is a serial entrepreneur. Over the course of his career, he has worked in different sectors including technology and food. He has worked closely with his brother Jim Mueller in these entrepreneurial ventures. Mueller’s entrance into the cannabis industry was in Nevada. The business had 300,000 square feet in cultivation and a 19,000-square-foot dispensary in the state, Acres. Mueller and his team also established a footprint in Salinas Valley in California. In 2019, Curaleaf bought those assets. But Mueller wasn’t done with cannabis.

He returned to Missouri, where he was born and raised, bringing the knowledge gained from Acres. He and his team successfully navigated the licensing process in the state and began to expand the Greenlight footprint from there.

Greenlight has largely grown its footprint by winning licenses. It currently has 15 stores open in Missouri and three stores in Arkansas. Those two states have a combined population of about 9 million people, according to Mueller. While other MSOs have mostly overlooked those two states, Mueller sees a significant opportunity with upcoming adult-use ballot initiatives.

The company is aggressively pursuing opportunities in South Dakota, which also has an upcoming adult-use ballot initiative. Greenlight also has stores in West Virginia and Illinois, markets which may be a longer-term play for the company.

The Greenlight founders made a name for themselves by developing the “Marijuana Farmers Market” in Las Vegas. This model brought cultivators and processors together in one space and connected them directly to consumers. The team has remained focused on creative ways to pull back the veil on cannabis, according to Mueller. In Greenlight stores, consumers can see products being made and talk to more team members beyond bud tenders. The company wants to create a different kind of buying experience for consumers.

Greenlight has a strong market position in Missouri. It produces the flower for its own stores, and it wholesales in the state. The state is a limited license market with 28 groups controlling cultivation, according to Mueller. More companies will enter the market if the ballot initiative is successful. Greenlight has sufficient product to serve an adult-use market here, according to Mueller.

Additionally, he is confident in the company’s branding and connection to its consumer base. Greenlight played a vital role in developing the medical market in the state. Missouri has about 200,000 patients. Approximately 40,000 of those patients obtained their medical cards through Greenlight sponsorship, according to Mueller.

If the November ballot initiative for adult-use passed in Arkansas, Greenlight will be able to have seven stores in the state. The company is currently looking at real estate for the potential four additional stores it could open in the state.

In 2021, South Dakota’s Supreme Court ruled against adult-use cannabis in the state, but now, the initiative is back on the 2022 ballot. Greenlight has cultivation operating in the state, as well as eight dispensary locations under construction or development. Mueller stressed the importance of strong local relationships in this market.

West Virginia does not have an adult-use ballot initiative this year. The medical market has about 10 cultivators and 100 dispensaries, according to Mueller. Greenlight has five open dispensaries and a sixth under construction. The medical patient base is growing in the state, and Mueller expects West Virginia to develop into profitable, interesting market over time.

Greenlight has a dispensary built out in Illinois, and it is waiting on state approval. M&A is expensive in the state, and the company is not yet selling to consumers. The Greenlight team is taking a wait-and-see approach before going deeper into this state.

The company is pursing opportunities in states beyond its current footprint. In Mississippi, Greenlight has four locations contracted. While this state is not limited license, many counties are opting out of the medical market, making it an interesting opportunity for Greenlight, according to Mueller. The company is interested in exploring other states, such as Florida, Alabama and North Carolina, that have new application processes in a limited license structure.

While Greenlight has focused on license wins, it has also participated in M&A. It has bought and sold about seven dispensaries over the course of its history, but it takes a cautious approach to deals.

The company was able to attract talent from Mueller’s previous cannabis venture, helping Greenlight to establish and grow its footprint. He highlighted a few key members of the leadership team, including Director of Compliance Krystal Wright, Director Jessica Squires and Director of Retail Operations Casey Efting. The company currently has about 400 employees.

Greenlight has been profitable from day one, according to Mueller. The company is debt-free, and it has strong margins. As the company navigates the remainder of 2022, it will be working through construction of several stores and maintaining efficiency in its operations. Mueller is looking ahead to the reemergence of more M&A in the cannabis space, potentially following a positive legislative change like SAFE Banking. He expects Greenlight to be an active participant in that environment. Eventually, he hopes to find a merger opportunity to expand the Greenlight footprint.

To learn more, visit the Greenlight website. Listen to the entire interview: