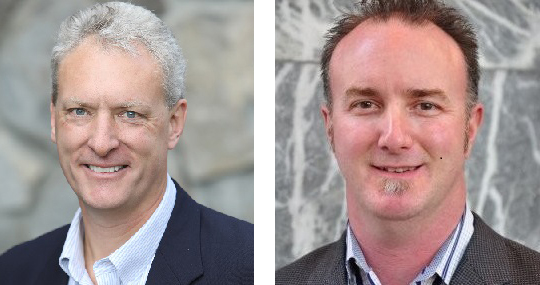 Multi-state operator Body and Mind (CSE: BAMM) (OTCQB: BMMJ) is continuously looking for new ways to expand its SKUs and bring branded products to its markets. CEO Michael Mills and COO Trip Hoffman last spoke with New Cannabis Ventures in April 2020. They joined us again to discuss their company’s progress in its four markets and their approach to organic growth and M&A. The audio of the entire conversation is available at the end of this written summary.

Over the course of its six-year history, Body and Mind has maintained consistent leadership and a lean, efficient team. Over the past several months, the company has added employees, including a project manager to oversee construction initiatives and accounting experts, to help manage its expansion, according to Hoffman.

Body and Mind began in Nevada, and it continues to leverage its presence there. Initially, the company’s cultivation and production operations were housed in one facility. At the beginning of last year, the company moved its production (oils, extracts and edibles) to a new facility and focused on expanding its cultivation capacity. Body and Mind is targeting a 20 percent increase in flower at its original facility, according to Mills. The company has also obtained a distribution license in Nevada.

Body and Mind’s two California dispensaries, located in San Diego and Long Beach, are continuing to thrive and demonstrate growth. The company also just launched a new branded flower product in the California market: Any Day.

In Ohio, the company is working toward closing a transaction. It has finalized ownership of its dispensary in the state, and the team is bullish on this limited-license market. Body and Mind is also building out a production license in the state, a part of its acquisition. The company is aiming to open that facility in late spring, according to Mills.

Ohio serves as a good lesson for the company as it builds out its operations in Arkansas. Body and Mind opened its dispensary in the state last year with the goal of optimizing that operation while setting up cultivation operations. The company has a cultivation team in place, and it is likely a few weeks away from obtaining its final permits to begin cultivation in the state.

The Body and Mind team’s approach to organic growth involves looking at both new states and new jurisdictions in the company’s existing markets. It has considered opportunities like Michigan and states on the East Coast, as well as new municipalities opening up in California. Wherever the company decides to go next will be guided by ROI.

Last year, the company’s leadership talked about buying out minority investors as an M&A strategy. Body and Mind has had success with that approach, but its strategy is evolving. The company prefers to have 100 percent ownership of any asset it acquires. Body and Mind is regularly considering acquisition opportunities this year.

The company’s competition has increased significantly since last spring, according to Mills. Deals are moving faster, and competition is active in new jurisdictions that are opening. Mills considers Body and Mind’s strong retail presence, which enables it to control the products it is selling and to capture more of the margin across the supply chain, an important competitive factor.

Body and Mind completed its last capital raise in 2019, and it has come a long way since then, according to Mills. In January 2019, the company had one facility in Nevada. Today, the company has operations in four states. It looks at raising capital as a way to extend its growth profile. Whenever it does seek to raise more capital, it will do so with the intention of maintaining its track record of delivering on what it has told investors, according to Mills.

A balance of equity and debt will likely make sense for future fundraising, but the exact approach will depend on the transaction the company is considering.

With the Democratic sweep, the timeline to some form of federal legalization, whether descheduling or SAFE Banking, is likely accelerated. Significant opportunities for operators like Body and Mind will come with that change. The company is looking for the best places to spend its capital to grow the fastest in anticipation of those opportunities, according to Hoffman.

Body and Mind reported $5.29 million in Q1 revenue, the company’s second sequential quarter with a more than 100 percent increase in revenue. The company’s managed revenue run rate is at $26 million, according to Mills. The company considers that its base revenue, and it is looking for ways to grow that.

In 2021, the company is looking at opportunities including new SKUS, like its Any Day flower brand. It will be selling that brand its own California dispensaries and looking to expand sales to other stores throughout the state.

Body and Mind has also brought on a number of white label partners in California and Nevada. It hopes to do the same in Arkansas and Ohio soon.

Acquisitions also represent another growth opportunity. The company is considering opportunities to go deeper in its current states. It does not want to stretch itself too thin by entering a new state where it does not yet understand the regulations.

The company uses data to drive all of its decisions, scheduling its cultivation operations for perpetual harvest and managing just-in-time inventory for its dispensaries.

While delays related to regulations and COVID-19 persist, the company is eager to continue the progress it has made over the past six years. It has grown from a single-state operator to an MSO and built a great team of people who bring a depth of experience to the company’s continued expansion.