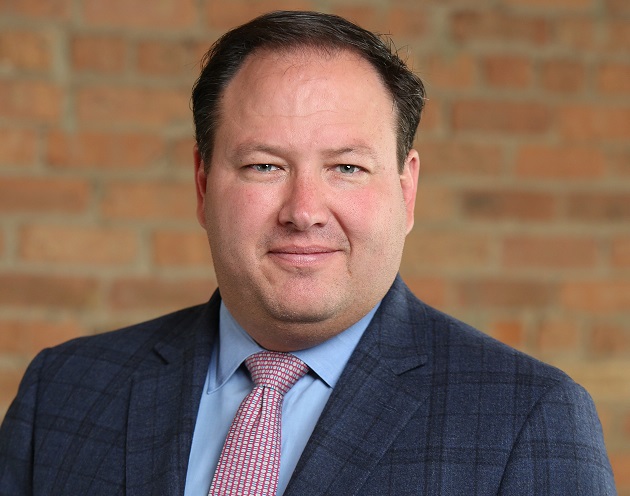 Joe Caltabiano stepped down from his role with Cresco Labs in March 2020. While looking for his next opportunity, he was approached by a number of public and private operators looking for executive leadership. But, nothing was quite the right fit. Eventually, he connected with people through the Senvest team about the idea of putting together a SPAC.

Choice Consolidation Corp. (NEO: CDXX.UN.U) was built with the intention of being different than a traditional SPAC, with nuances that would make it more attractive to target companies and future partners, according to Caltabiano. The Choice Consolidation CEO spoke with New Cannabis Ventures about the company’s plans to build a best-in-class MSO, second-mover advantage and his outlook on industry opportunities. The audio of the entire conversation is available at the end of this written summary.

Caltabiano comes from the mortgage lending space, where he learned a great deal about restructuring and finance. As a child, he had leukemia, which led to a life-long commitment to philanthropy related to cancer research. Through this work, he learned about how patients were using cannabis and how oncologists’ attitude toward it was evolving. By the time the Cole Memo was released and Illinois launched its medical program, he was ready to enter the cannabis business. He was among the co-founders that launched MSO Cresco Labs. Having been in the space for years, Caltabiano is eager to use the experience he has earned, drawing on both success and missteps.

Choice Consolidation has attracted other cannabis veterans, including Pete Kadens, the former CEO of GTI. Kadens is joined on the Choice Consolidation board by Lisa Gavales. Gavales has expertise in the retail space, helping guide that industry toward the digital platforms and ecommerce, experience that will be very relevant to the cannabis space, according to Caltabiano.

Choice Consolidation is setting out with the intention of focusing on markets that can make a meaningful difference for an MSO, according to Caltabiano. The SPAC is more interested in creating depth in those markets of interest than it is in creating a footprint based on breadth. It is also targeting limited license markets that have the opportunity for programmatic improvements. The SPAC is looking at Illinois, Pennsylvania, Ohio, Arizona and Nevada as it takes the first steps. It is aiming to enter a minimum of three of those five markets with its qualifying transaction or transactions.

As it considers potential deals, vertical integration is an attractive feature. It may consider separate assets, such as cultivation, but it would look to pair that with a retail deal to ensure vertical integration in each of its markets. Participating in each part of the supply chain (cultivation, manufacturing, distribution and retail) helps operators to understand their customers, according to Caltabiano.

Choice Consolidation will also be on the lookout for EBITDA-positive assets. The SPAC wants to be able to demonstrate financial stewardship and a model that is rooted in bottom-line results and high return on invested capital, according to Caltabiano.

Once the SPAC has completed its initial transactions, it will look to build on that footprint with additional M&A and de novo license wins as markets continue to expand.

While the Choice Consolidation team is keeping tabs on how federal regulations are evolving, Caltabiano expects movement to be gradual. He anticipates changes to banking, tax reform and some form of decriminalization, but the path to federal legalization may be slower than some people think. Interstate commerce may be possible someday, but Caltabiano believes that even then quality indoor cannabis will always have a place with local markets.

Early cannabis operators had no roadmap to follow. They needed to obtain funding, build facilities from scratch and navigate the regulatory environment of a brand new industry. The cannabis business is still new, but Choice Consolidation is positioning itself to leverage a second-mover advantage.

With lessons learned in the space, Choice Consolidation has more insight into facility design and capital allocation. Additionally, automation is more available now than it was for early operators.

The SPAC was able to raise a significant amount of capital with its IPO, and Caltabiano thinks it will be able to raise debt at a lower cost of capital than some of its predecessors. As a second-mover, Choice Consolidation will be built with the attention of attracting mature investors. Instead of focusing on planting as many flags as possible, it will be looking to pair its growth story with clear execution and free cash flow.

Some investors target SPACs, redeeming shares and keeping warrants when a deal gets announced and moving on to the next deal. Caltabiano was not interested in this kind of investor for Choice Consolidation. He wanted to attract fundamental cannabis investors. The team decided to reduce the warrants and staple them to the deal, ultimately weeding out the type of investors they did not want. Choice Consolidation was able to attract investors with a longer approach.

Choice Consolidation set out to raise $100 million and ended up raising $150 million with another oversubscription of 15 percent by the underwriter. The company ended up with roughly $172 million, according to Caltabiano.

From SPAC to MSO

As the SPAC moves toward becoming an MSO, metrics like margin and margin expansion will become vital. It will also focus on free cash flow, which will help the company to be well-positioned as debt prices continue to decrease. The companies with the strongest free cash flow will be able to access the lowest cost of capital, according to Caltabiano.

With the capital markets rejuvenated, top-tier operators are going to be attracting more capital. Caltabiano is aware that asset prices could increase as the SPAC is searching for the right deals. Regulatory changes also present a challenge, but Choice Consolidation has put together the capital, the team and the business plan that Caltabiano expects could set the course for future SPACs. He is eager to execute transactions and see Choice Consolidation make the transition from SPAC to operating company.

Cannabis Investors Have Warmed Up to This Part of the Market