Tilray, the Nanaimo-based licensed producer under Canada’s MMPR program, hired a Canadian Big Pharma executive, Greg Engel, in early 2015 as its first CEO.  At the time, he explained why he embraced the move on Huffington Post:

Now, after more than 25 years, I have decided to leave behind the big pharma establishment in order to embark on a new journey on the cutting edge of health care, as the first CEO of Tilray, Canada’s leading licensed producer of medical cannabis.

16 months later, Engel appears to have left the firm, which is privately held and part of Privateer Holdings. We reached out to both Tilray and to Mr. Engel and were unable to confirm Engel’s departure, but he is no longer listed with the management team on the company’s website: 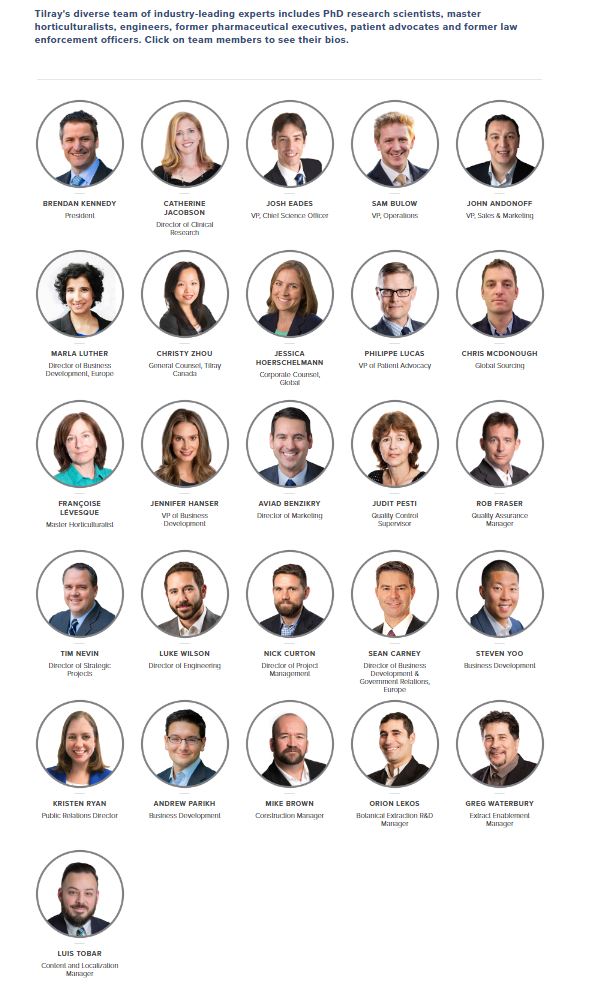 Engel’s presence at the company was marked by discord with competitors, with accusations that they lacked integrity in their marketing strategies, and frustration with the proliferation of dispensaries in British Columbia, which he blamed for head-count reductions he undertook in 2015. His tenure also saw the creation of one of the broadest lines of extracts in the industry, with 20 different products, including liquid capsules, drops, vaporizer oils, oral sprays and topical oils.

Greg has left Tilray to pursue new opportunities. We are grateful for all of the contributions he made to building Tilray into a global leader in medical cannabis production and research. With Greg’s departure, Tilray President Brendan Kennedy is continuing to lead the company’s global growth and expansion strategy. Tilray is not planning to hire another Canadian CEO to replace Greg at this time. His responsibilities are being absorbed by Brendan, Privateer Holdings Chief Operating Officer Drew Reynolds, and Tilray’s existing management team.