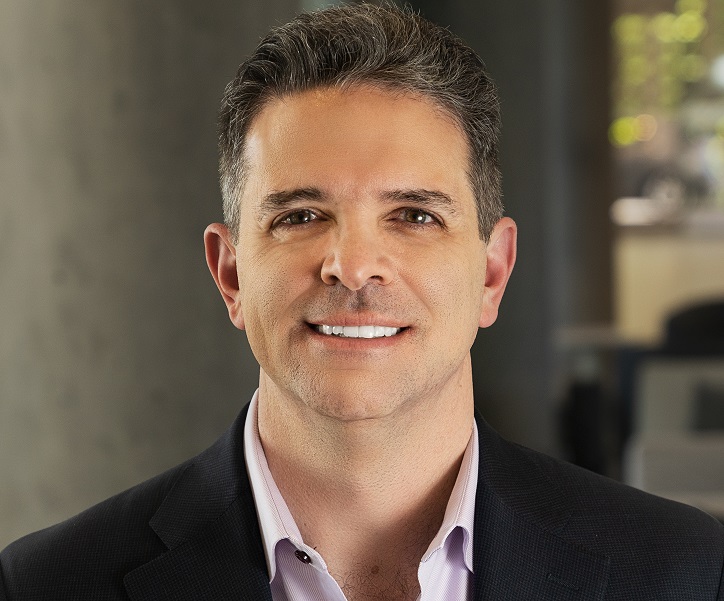 TILT Holdings (CSE: TILT) (OTCQB: TLLTF) has been through a few different iterations since its inception. Now, President Gary Santo is preparing to step into the CEO role, effective June 1, and guide the company through a growth phase. Santo spoke with New Cannabis Ventures about TILT’s leadership change, the current business model and how the company will grow with federal legalization in mind. The audio of the entire conversation is available at the end of this written summary.

Santo has worked in finance for more than two decades. Every company he has worked with undergone some kind of significant transformation, whether in the form of going public or M&A followed by a delisting and relisting. When he looked at cannabis, Santo saw the need for that kind of transformational experience. He saw TILT getting back to basics to find a business model that works. With a stabilized foundation, the company is ready for growth, and Santo is prepared to help.

He joined the company as SVP of IR and Capital Markets. Current CEO Mark Scatterday helped to bring the company where it is today, while former COO and President Tim Conder stabilized the company’s foundation, according to Santo. Now, TILT is ready to start talking about growth, and that is where Santo wants to focus.

TILT has been funding itself with cash flow from operations for the past two years, but its stock is trading at a discount compared to other operators in the space, according to Santo. He recognizes that a change in strategy and management is going to affect market perception, and he wants to demonstrate the company’s ability to execute on its strategy and deliver shareholder value.

While Santo will be assuming the CEO role, he won’t be alone in helping TILT to grow. Scatterday will be staying on as Chairman of the Board, as well as lending a hand in R&D efforts. Joel Milton serves as SVP of Business Development, leading growth and sales initiatives. Foster Boone is leading the company’s plant-touching business. Roseann Valencia-Fernandez recently started as Head of Marketing, while Cristina De Tomasi, who worked with Santo at Columbia Care, serves as Head of Corporate Development.

TILT has plant-touching operations in Massachusetts, Pennsylvania and Ohio. The company is largely focused on the B2B play in this business segment, as it is through the technology side of its business. It is vertically integrated in Massachusetts out of necessity. TILT has a 100,000-square-foot facility with cultivation, processing and manufacturing. It has a dispensary, as well as two additional fully built-out stores, and sells into 50 percent of the dispensaries in the state, according to Santo.

The wholesale market in Massachusetts allows the company to sell cannabis at a premium price of $3,500 to $4,000 per pound, according to Santo. The TILT team is aware this won’t last forever, but it is taking advantage of the current market dynamics.

In Pennsylvania, TILT has a 35,000-square-foot cultivation and manufacturing facility. The company sells into 95 percent of the dispensaries in the state.

Ohio is TILT’s newest market. The company took ownership of a 10,000-square-foot manufacturing facility earlier this year and has the ability to sell into about 52 dispensaries in this market.

TILT’s plant-touching business has gross margins of 50 to 60 percent and EBITDA margins of 30 to 40 percent, according to Santo.

Jupiter, TILT’s B2B inhalation technology side of the business, sells products to approximately 700 different brands, MSOs and LPs. This business segment represents about 60 percent of the company’s top-line revenue and 50 percent of its bottom-line profit. Jupiter partners with the company that manufactures the CCELL brand of vaporization technology in China. Through this partnership, Jupiter does R&D, warranty work and distributes CCELL technology.

Jupiter has 25 percent gross margins and EBITDA margins in the low to mid-teens, according to Santo.

TILT is betting on brands as the future of the cannabis industry. The company has its own brands, but it is focusing on partnering with leading brands. For example, the company partnered with Her Highness in Massachusetts, opening the door to half of the state’s dispensaries.

The company will look to partner with leading CPG brands coming out of markets like California. As it does this, the company will also have the opportunity to leverage the 700 relationships it has built on the Jupiter side of its business. This focus will create a more balanced business model, according to Santo.

This model will work for TILT in the current market without federal legalization, and Santo sees it still working whenever legalization does come to pass.

There is plenty of speculation that federal legalization will commoditize cannabis cultivation, and Santo agrees to some extent. He sees common strains and high-yield plants becoming commoditized, leaving room for specialty, craft grows like TILT’s.

When it comes to retail, the COVID-19 pandemic has driven a major shift in consumer behavior. People are now used to online shopping and curbside pickup. With legalization, Santo expects to see more online shopping and big-box stores in the cannabis industry.

TILT will be focused on owning the specialty supply chain: specialty grow, high-end manufacturing and distribution. Regardless of how the product is sold, whether in a big box store, online or in a dispensary, TILT aims to have a place in the industry.

The U.S. is TILT’s main focus for expansion, but it will not be looking to spread its footprint too thin. Rather, the company will look to add states close to its current footprint, looking at markets like New York, New Jersey, Connecticut and Rhode Island. Creating that kind of footprint could appeal to California brands looking to come to the East Coast.

TILT is also considering other states further from its current footprint, like Texas and Michigan, but any expansion will be intentional and focused on wholesale and distribution.

M&A is also on the company’s radar, but any potential deals will need to be the right fit. TILT does not want to do any M&A that would turn it into a competitor with its own customers. On the vape side, the company could find deals to support further innovation, different form factors and other price points.

TILT has a fairly clean balance sheet, according to Santo. The company has approximately $75 million in debt split between a junior and a senior note. The first note comes due in November of next year, and both are at 8 percent.

As a company with positive cash flow, Santo sees some potentially interesting opportunities in the capital markets. TILT could potentially refinance its current stack or set up some kind of asset-backed line, according to Santo.

From its third to fourth quarters, TILT nearly doubled its cash position, despite the fourth quarter being its most capital consumptive. The company does a significant amount of preordering of vape hardware in preparation for Chinese New Year. The growth in cash position demonstrates the strength of the company’s business lines, according to Santo.

TILT is fully funded for its 2021 guidance. It does not need to complete any major CapEx, unless there was a compelling reason to come out to the market, according to Santo.

The company is projecting $205 to $210 million in revenue for 2021,with adjusted EBITDA of $30-32 million. On the Jupiter side of the business, those numbers are being driven by a return to normal buying patterns. In 2019 and 2020, the industry experienced the vaping crisis. Just as that was beginning to resolve, the COVID-19 pandemic began. The company expects vaporization to grow in 2021.

On the plant-touching side of the business, TILT has doubled its canopy size in Massachusetts, and it expects its retail stores to open in the second half of the year. The company has also become more efficient. When TILT was focused on staying afloat rather than growing, it was producing more biomass in Pennsylvania that it could process. Now, it has more extraction capability than what it can produce in biomass, according to Santo.

Efficiency is a big theme for the company’s plant-touching business. TILT tracks harvest efficiency, margins and yields. Its Pennsylvania operation just had record flower last month. The company approaches its cultivation intentionally: preselling its rooms and planting, harvesting and shipping product on a schedule.

While the company does operate as an MSO, it also has the steady support of its Jupiter business. Jupiter, a predictable and profitable operation, gives the company $130 to $150 million in top-line revenue.

TILT has created a strategy and a story that is easier for people to understand, and now, the company has to execute on that strategy, according to Santo.