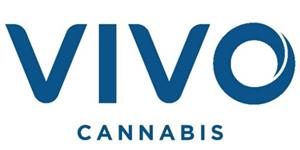 NAPANEE, Ontario, Aug. 30, 2018 (GLOBE NEWSWIRE) — VIVO Cannabis Inc. (TSX-V: VIVO, OTCQB: VVCIF) (“VIVO” or the “Company”) is pleased to announce the release of its Q2 2018 financial statements and to provide an update on recent business activities.

Since our last business update following the release of our Q1 2018 financial statements, we have continued to enhance our leadership team, and announced the introduction of three new brands –  Beacon MedicalTM,, focused on helping patients easily navigate medical cannabis choices, LuminaTM, targeting the wellness market segment, and FIRESIDETM, appealing to social recreational users, as well as the re-branding of the Company under the VIVO umbrella. We have also continued to improve operational efficiencies and have made meaningful production capacity advancements. 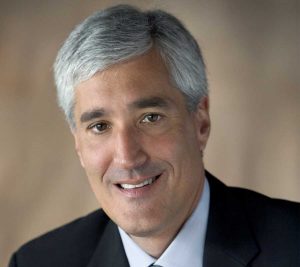 Most significantly, we announced the planned acquisition of Canna Farms, a successful BC based Licensed Producer with a long track record of sales growth and profitability. The acquisition is expected to close shortly, following which, utilizing the over $100 million in cash we will have following the closing, VIVO will be well-positioned to accelerate the growth of our business, in Canada and internationally.

VIVO reported revenues of $1.1 million (an approximate four-fold increase over the same quarter last year) and a net loss of $0.8 million for the second quarter of 2018, as the Company continues to invest to drive future growth. As at June 30, 2018, the Company had $130 million in cash, cash equivalents and marketable securities, and 194.5 million common shares outstanding.

During Q2 2018, VIVO continued to focus on the following:

VIVO recently announced its agreement to acquire Canna Farms Limited, a premium cannabis company and the first Licensed Producer in BC. With its many years of craft cultivation experience and expertise, as well as a significant patient base and positive cash flow, the transaction is expected to be very positive for VIVO shareholders.  It is a transformational acquisition for VIVO, with expected benefits to include increased production capacity, an expanded product offering, operational efficiencies, and a more robust platform from which to accelerate VIVO’s growth. The highlights of the transaction are as follows:

In order to enhance near term product supply, the Company has also entered into several domestic third-party supply agreements, which are expected to provide over 5,000 kilograms of cultivation output.

In Q2, VIVO was also pleased to announce that it has entered into agreements with the Ontario Cannabis Store, to supply Ontario with 16 cannabis products, and the Alberta Gaming & Liquor Commission, to supply Alberta with VIVO’s high-quality recreational cannabis products. The Company is also aggressively pursuing additional supply agreements.

VIVO’s product development focus is now on launching its cannabis oil products. The development process is complete, and the Company is anticipating imminent receipt of a license to sell its oils from Health Canada. The Company also plans to expand its medical product offering in the future to include a variety of formats that provide precise, consistent dosing.

VIVO’s agreement to supply medicinal cannabis to the Australian Medicinal Cannabis Service, as well as a research agreement with the Metro Pain Group (the “MPG”), a prominent group of pain physicians in Melbourne, has lead to its first shipment to its partners. VIVO’s product is currently being transformed into clinical trial material in Australia and will be administered to patients in a study designed, and to be conducted, by the MPG. Enrollment in this study, exploring the use of cannabinoids in the management of chronic pain, has commenced and the first patient visit is anticipated in the coming weeks.

VIVO has submitted joint applications to the German Narcotic Agency (BfArM) seeking approval for a narcotic import and distribution license. This approval, expected by the end of 2018 or early 2019, will permit VIVO to ship medicinal cannabis to the German market. The Company aims to obtain a distribution license in Germany after GMP certification of its Vanluven facility is received and the required stability testing of its products is completed. VIVO is currently preparing its submission for cultivation to the newly announced German tender process and continues to evaluate multiple opportunities to enter into additional European markets.

VIVO’s partnership with the University of Guelph reached a milestone in Q2 2018, during which its five PS1000 chambers were fully commissioned, and research studies using these global state-of-the-art growth chambers has commenced.  The chambers were developed as part of an exclusive partnership between VIVO and the University of Guelph’s Controlled Environment Systems Research Facility (“CESRF”), that was initially formed in 2015. CESRF is the world’s leading controlled environment research and technology development institute. The coordinated R&D program is unique to the cannabis industry, has resulted in the first peer reviewed scientific publications on cannabis cultivation in North America, and is expected to directly benefit VIVO’s ability to product the highest quality, most consistent cannabis possible.

VIVO has also entered into a partnership with an Ontario college to implement optimized extraction methods at its Vanluven facility. The Company is also accelerating focus on the development of several novel product strains and formulations.

VIVO is recognized for trusted, high-quality products and services. It holds production and sales licences from Health Canada and its world-class indoor cultivation facility in Napanee, Ontario contains proprietary plant-growing technology. VIVO is expanding its production capacity and pursuing partnership and product development opportunities domestically, as well as in select international markets, including Germany, Australia and Israel.