After retreating almost 27% in Q3, the Canadian Cannabis LP Index extended its losing streak to five months as it fell again in November, declining 5.5.% to 225.26:

Among these largest LPs by revenue, Tilray was the best performer at +1.5%, while Canopy Growth was the worst for the second straight month at -12.3%.

The returns for the overall sector varied greatly, with 4 names posting double-digit gains and 11 declining by more than 20%. The entire group posted a median return of -10.6%: 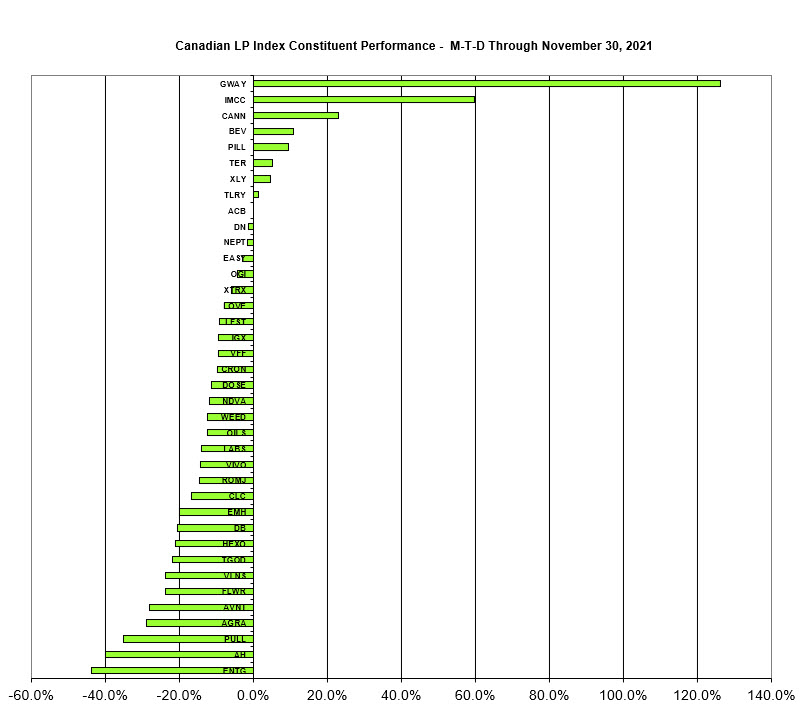 For December, the overall index will have 25 constituents after a change in the minimum qualifications. Going forward, we have revised the Tier 1 minimum quarterly revenue through LP operations to be C$30 million. Tier 2 will include companies with revenue between C$7.5 million and C$30 million, while Tier 3 now requires minimum revenue of C$2.5 million. HEXO has moved to Tier 1 from Tier 2, while several names have moved from Tier 2 to Tier 3. 13 companies no longer qualify for inclusion due to insufficient revenue.