As we described in an earlier article, the Global Cannabis Stock Index fell an astounding 25.9% during September, which was its worse month in more than three years. This followed a rally in July, the first in over 17 months, and a small decline in August and left it down 65.7% in 2022 so far.

The American Cannabis Operator Index  performed very well in the first two months of Q3, but the index fell 30.0% in September to 18.49, just above its 52-week closing low of 18.32: 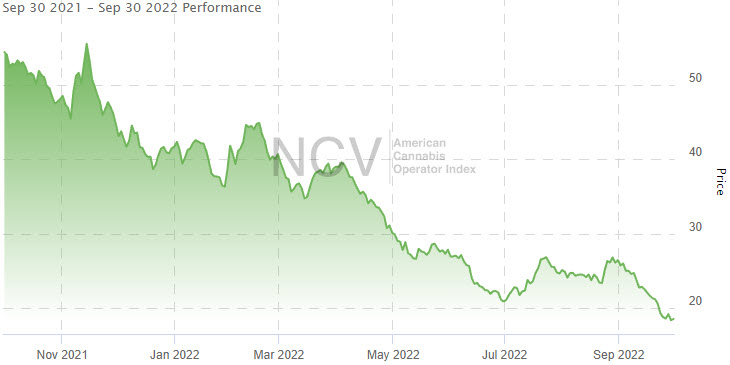 This index, which launched at the end of October in 2018, still hasn’t taken out the March 2020 lows:

The Ancillary Cannabis Index has captured a terrible sector in 2022, and in September it  plunged 27.1% to and all-time closing low of 17.80: 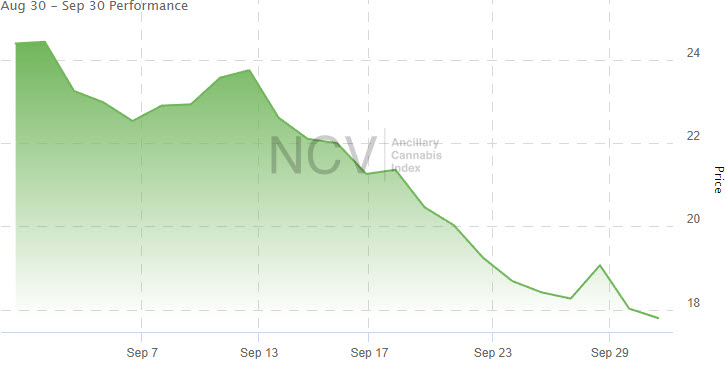 The index is down over 82% since launching 18 months ago:

All of the stocks fell, with the best performing stocks during September falling up to 9%. These included Innovative Industrial Properties (NYSE: IIPR), Chicago Atlantic Real Estate (NASDAQ: REFI) and Turning Point Brands (NYSE: TPB).  The worst performing stock was, by far, Leafly (NASDAQ: LFLY), which fell 57.0% and is down 93.2% in 2022. During the month, there were 12 names that qualified for inclusion, but it has decreased to 11 for this month.  Exiting for September are Agrify (NASDAQ: AGFY) and CEA Industries (NASDAQ: CEAD), while AgriFORCE (NASDAQ: AGRI) reentered. 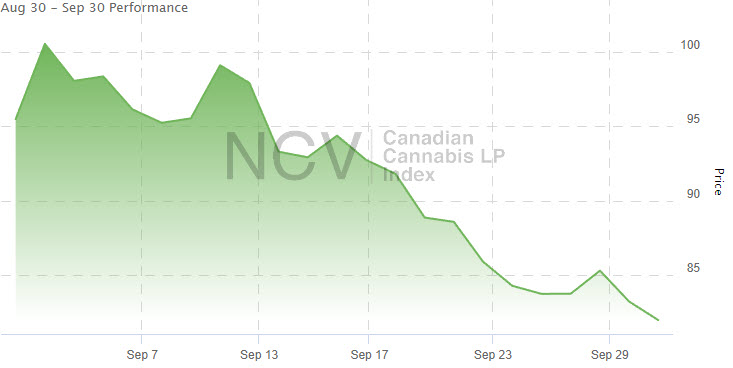 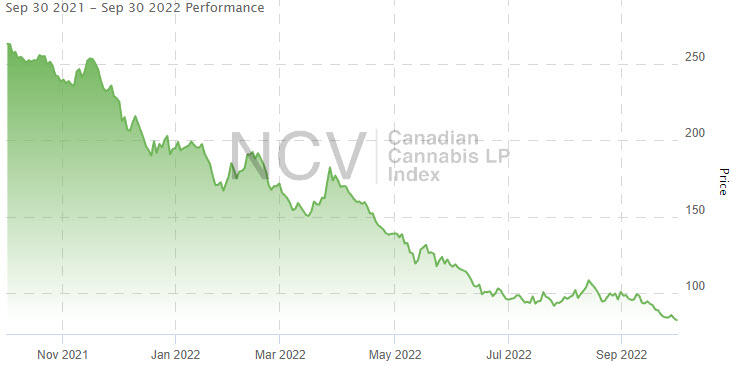 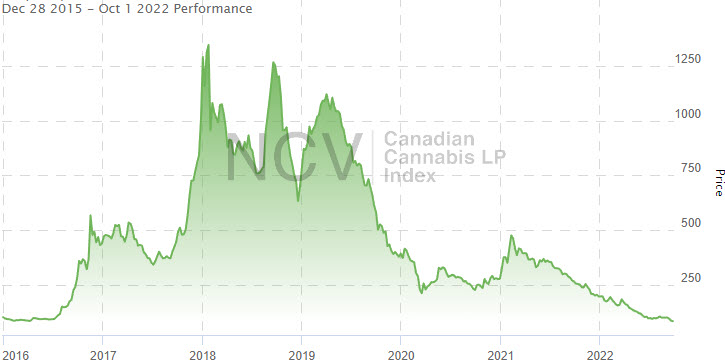