TORONTO, Nov. 28, 2018 (GLOBE NEWSWIRE) — Wayland Group (CSE:WAYL) (FRANKFURT: 75M) (OTCQB:MRRCF) (“Wayland” or the “Company”) has reported its financial and operating results for the third quarter ended September 30, 2018 and has filed the full report on SEDAR.

Consistent with previous guidance, we reserved product for European export and the recreational market in Canada, which legalized cannabis for adult use on October 17th. We have successfully delivered product in Q4 to Alberta, British Columbia, Manitoba and Ontario after initial sampler packs in one-gram format were delivered prior to legalization, allowing consumers the ability to try a broader assortment of strains and familiarize themselves with cannabis. 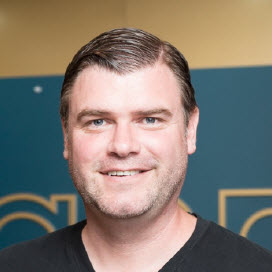 Our Kiwi, Northern Harvest and High Tide products have received positive acclaim. We continue to await regulatory approval in Canada for the remainder of our expansion, which will provide the Company with greater supply capabilities.

Highlights for the quarter include:

All figures are stated in Canadian Dollars. At September 30, 2018, Wayland recognized revenue of $225,122 and $1,983,600 for the three and nine months ended September 30, 2018, respectively, as compared to $721,035 and $2,525,000 during the same periods in 2017. The decrease in revenues can be attributed to the Company shifting resources to address the recently legalized recreational adult-use market in Canada.
Additional details of the three and nine months ended financial results for fiscal years 2018 and 2017 under International Financial Reporting Standards (IFRS) are available at www.sedar.com or on the Company’s website.

Maricann Group Inc., through its subsidiaries, is operating under the Wayland Group name. For further details see the press release dated September 24, 2018.

Wayland is a vertically integrated cultivator and processor of cannabis. The Company was founded in 2013 and is based in Burlington, Ontario, Canada and Munich, Germany, with production facilities in Langton, Ontario where it operates a cannabis cultivation, extraction, formulation, and distribution business under federal licenses from the Government of Canada. The Company also has production operations in Dresden, Saxony, Germany, Regensdorf, Switzerland and Ibague, Colombia. Wayland has also announced transactions that will expand its global footprint to include operations in Italy and the UK. Wayland will continue to pursue new opportunities globally in its effort to enhance lives through cannabis.