New York appears to be moving closer to a legislative legalization of cannabis for adult-use. Michigan cannabis sales increased 210% from a year ago to $105 million during February. The FDA issued warning letters to two CBD companies

Health Canada added no licenses, leaving the total at 626, which includes 5 licenses that are expired, revoked or suspended.

The Global Cannabis Stock Index fell sharply, ending the week at the lowest closing level since March 8th, decreasing 8.4% to 61.87: 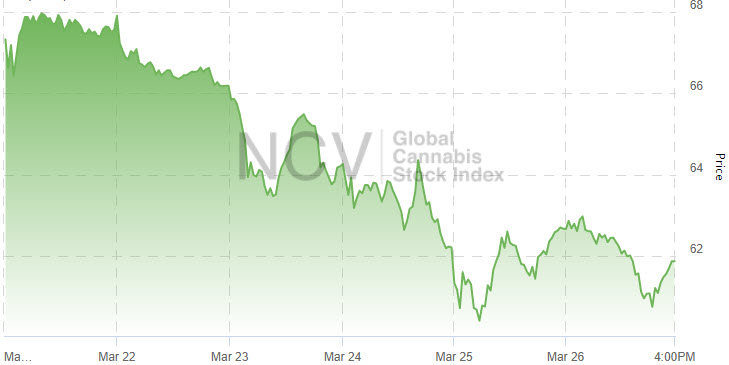