Health Canada added 1 license, leaving the total at 772, including 10 that are expired, revoked or suspended.

The Global Cannabis Stock Index remained above its September lows, but it ended the week with four straight declines, decreasing 4.3% to 44.90: 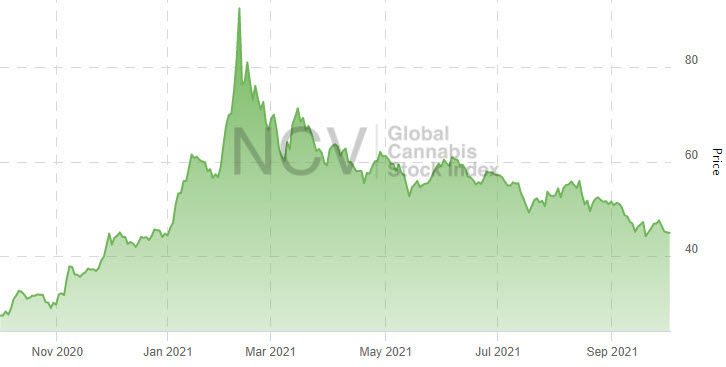