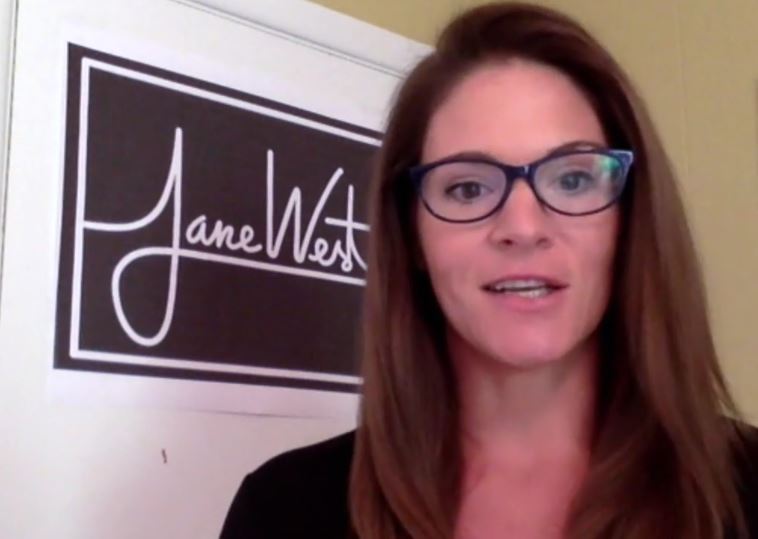 Accredited investors can now own a piece of one of the hottest startup brands in the cannabis industry, Jane West, headed by its founder, Jane West, who in a previous life was Amy Dannemiller. West was fired from a mainstream job in 2013 for vaping on national television, an injustice that turned out to be a blessing in disguise. West, founder of Women Grow, the cannabis industry’s largest professional networking organization with chapters operating in over 40 cities, and Edible Events, has achieved tremendous media attention as she has become on of the most recognized women in the cannabis industry. Other Jane West executives include Chief Marketing Officer Jesse Meighan and Chief Financial Officer Heather Molloy.

Jane West is currently selling accessories on its website (only bitcoin payment at this time), including t-shirts, a Pax 2 vaporizer, a golf set by Puffingtons and The Weekender, a rough-and-tumble carryall. The company is working towards a licensing agreement with Ebbu, the maker of predictable cannabis products, to make a branded line of Jane West consumables to be sold in Colorado and California.  Jane West is also working with Grav Labs to sell branded glassware and is creating its own line of accessories targeting women, including a high-end compact and four other initial offerings. Finally, the company plans to launch a network marketing company in 2017.

Her holding company is seeking to raise $1mm with a post-money valuation of $10mm. An investment includes exclusive use of the Jane West trademark license, 20% of Women Grow and the intellectual property on its proprietary products.  The company plans to use half the money raised for product development, with the balance funding marketing, legal & accounting and operations.

Jane West will be presenting at The ArcView Group meeting in Oakland in mid-June and shared a webinar video in advance: