This is a copy of the February 24th edition of our weekly Newsletter, which we have been publishing since October 2015.

On Friday, Statistics Canada provided its monthly retail sales update for the country, with the data showing only a slight increase for December retail cannabis sales during the second full month of consumer access. The total sales of C$55.201 million grew only 3.7% from the prior month and certainly look like a rounding error in the grand scheme of things, at just 0.1% of all Canadian retail sales for the month.

We want to remind our readers that the current market doesn’t reflect the potential, as there are several constraints, including a shortage of supply, an absence of the types of products consumers want and a lack of physical stores. Health Canada data shows the production levels are increasing, so this constraint should fade in the coming months. The rules don’t yet permit the popular edibles and extracts that are so popular in the illicit market in Canada as well as in state-legal markets in the United States, but this should change later this year, though we are waiting for the final rules. It is the last point that we want to discuss in greater detail.

Each province has its own retail scheme, and, with the exception of some smaller provinces in Western Canada, things have been quite slow to develop. Alberta, which was on track to be a great market for private stores, suspended licensing due to supply constraints. It currently has issued 75 licenses, with many of these held by publicly-traded companies. Ontario has no stores yet, and its first 25 stores, scheduled to open in April, were awarded by lottery to small operators, which doesn’t sound like a winning strategy. Many of these have cut deals with larger companies, so hopefully the new program gets off to a good though limited start. The entire province of Quebec, the second largest, has only a dozen government-run stores open. British Columbia has a single store.

At present, consumers can order online in all provinces from a government-run website, and we think that online distribution is a flawed approach in the early stages. As we consider the potential consumers of LP-grown cannabis, we break the group into three segments, including current illicit market consumers, new consumers and current medical consumers. Of these three groups, only current medical consumers might find online ordering advantageous to the current ACMPR program, as their selection might be broader without having to lock into a specific licensed producer. Given the lack of advertising and the restrictive packaging, new potential cannabis consumers are likely to find the online experience less than satisfactory.

While many acknowledge the supply constraints and the lack of a robust product set as key near-term challenges, we view limited distribution as actually a bigger issue. Pay attention to Ontario, as we believe the largest province must dramatically expand the number of physical stores. So far, 15 of the 25 lottery winners have selected locations, with just 5 finalized. While the near-term is unexciting compared to previous expectations, we think things will be a lot better by late 2019.

On the heels of the company’s $12.1M Series A, led by Poseidon Asset Management and AFI Capital Partners, with additional investment by Canopy Rivers, Headset is expanding into additional U.S. states and international markets. Headset is the industry’s leading cannabis data and analytics supplier, Providing data-driven, real-time market insights for growers, processors, retailers and investors. 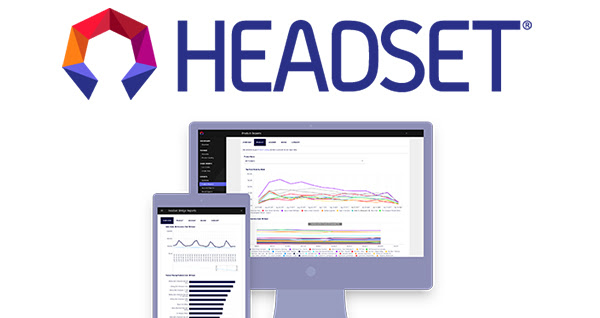 To learn more about Headset, which was built by the creators of Leafly and a client of New Cannabis Ventures, visit the company’s page that we maintain on its behalf and click the green Get More Info button.