In a poster presentation entitled, “Synthetic Transdermal Cannabidiol for the Treatment of Focal Epilepsy in Adults (poster #2.428),” Terence O’Brien, MD of the Royal Melbourne Hospital at The University of Melbourne presented new data from the completed Phase 2 STAR 1 (Synthetic Transdermal Cannabidiol for the Treatment of Epilepsy) study and ongoing STAR 2 18-month open label extension study evaluating ZYN002 cannabidiol (CBD) transdermal gel in patients with focal seizures. The presentation included data through nine months of total exposure to ZYN002 (three months of treatment in STAR 1 and six months in STAR 2).

The key findings include that clinically meaningful responses to ZYN002, as measured by reductions in focal seizures from the baseline period of STAR 1, are correlated with continued treatment with ZYN002. Patients who received ZYN002 (195mg during STAR 1 for three months and 390mg for six months in STAR 2) for a total of nine months achieved a median reduction in seizures of 65%. Patients who received ZYN002 (390mg for three months in STAR 1 and six months in STAR 2) achieved a 48% median reduction in seizures from baseline. In addition, ZYN002 was shown to be very well tolerated through nine months of exposure.

These new ZYN002 data are the first of their kind, showing that focal seizures in adults may be effectively treated by a transdermal gel delivery of pharmaceutically-produced cannabidiol. In this population of patients, continued treatment with ZYN002 was shown to significantly reduce seizure rates compared to baseline. 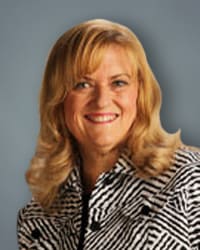 Importantly, baseline seizure frequency appears to be an important indicator of response. These are important findings that will help us finalize a new trial design. We expect to outline the design, size and timing of the trial in the first quarter of 2018, and initiate the trial later in 2018.

“The data presented this afternoon at the American Epilepsy Society meeting are exciting as they demonstrate that ZYN002 may have an effect on focal seizures in adults suffering from refractory epilepsy,” said Terence O’Brien, MD. “The epilepsy community has been eagerly awaiting data demonstrating the potential of pharmaceutically-produced cannabidiol formulated for transdermal delivery. Evidence for the efficacy of CBD-based treatments to reduce seizures in certain epilepsy populations is emerging, but there is no previous high level clinical trial evidence for focal seizures in adults. The potential for a CBD-based treatment with an optimal tolerability profile would be significant for these patients. I look forward to participating in the next clinical trial with ZYN002, and believe that this drug holds great promise for patients suffering from refractory epilepsy.”

The data presented in the poster are as follows:

A copy of the poster presentation is currently available on the Zynerba corporate website at http://zynerba.com/publications/

Zynerba’s ZYN002 CBD gel is the first and only pharmaceutically-produced CBD formulated as a patent-protected permeation-enhanced gel and is being studied in children with Fragile X Syndrome, adult epilepsy patients with focal seizures and osteoarthritis. ZYN002 is a clear, permeation-enhanced gel that is designed to provide controlled drug delivery transdermally with once- or twice-daily dosing.

Cannabinoids are a class of chemical compounds found in the Cannabis plant. The two primary cannabinoids contained in Cannabis are cannabidiol, or CBD, and ∆9-tetrahydrocannabinol, or THC. Clinical and preclinical data support the potential for CBD in treating epilepsy, arthritis and Fragile X Syndrome, and THC has positive effects on treating pain. Zynerba is developing therapeutic medicines that utilize innovative transdermal technologies that, if successful, may allow for sustained and controlled delivery of therapeutic levels of CBD and THC. Transdermal delivery of cannabinoids may have benefits over oral dosing because it allows the drug to be absorbed through the skin directly into the bloodstream. This avoids first-pass liver metabolism, potentially enabling lower dosage levels of active pharmaceutical ingredients with a higher bioavailability and improved safety profile. Transdermal delivery also avoids the gastrointestinal tract, lessening the opportunity for GI related adverse events and the potential degradation of CBD by gastric acid into THC, which may be associated with unwanted psychoactive effects. Using an established chemical pharmaceutical process for manufacturing, Zynerba replicates the CBD and THC found in the Cannabis plant. We believe that this will allow us to meet stringent global regulatory agencies’ standards while ensuring that we can efficiently supply the amount of product required to meet the demand of the large markets that we are targeting.

Zynerba Pharmaceuticals (NASDAQ:ZYNE) is dedicated to improving the lives of people with severe health conditions where there is a high unmet medical need by developing and commercializing pharmaceutically-produced transdermal cannabinoid medicines designed to meet the rigorous efficacy and safety standards established by global regulatory agencies. Through the discovery and development of these life-changing medicines, Zynerba seeks to improve the lives of patients battling severe, chronic health conditions including epilepsy, Fragile X syndrome, osteoarthritis, fibromyalgia and peripheral neuropathic pain. Learn more at www.zynerba.com and follow the Company on Twitter at @ZynerbaPharma.