37 companies currently qualify for inclusion, with 23 filing in U.S dollars and 14 in the Canadian currency. Since our last report in mid-November, we added Acreage Holdings (CSE: ACRG) (OTC: ACRZF) and recent IPO Plus Products (CSE: PLUS). Note that we have included the reported revenue for Acreage Holdings, though the company provided a pro forma number above $20 million. GW Pharma (NASDAQ: GWPH) fell off the list this quarter due to its not achieving sales of $2.5 million in its fiscal Q4.  Based on consensus estimates in excess of $9 million, the company should return in February, when it reports its fiscal Q1. We expect to be adding several additional companies over the coming months as existing public companies continue to ramp up sales and as others begin to trade publicly. 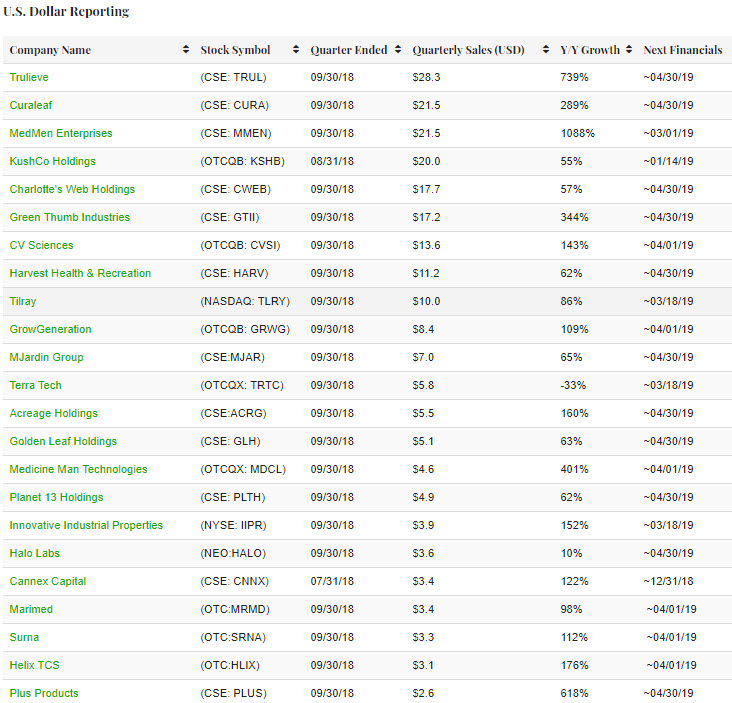 In December, we will get a report from Cannex Capital (CSE: CNNX) (OTC: CNXXF), with very few reports expected until March otherwise. 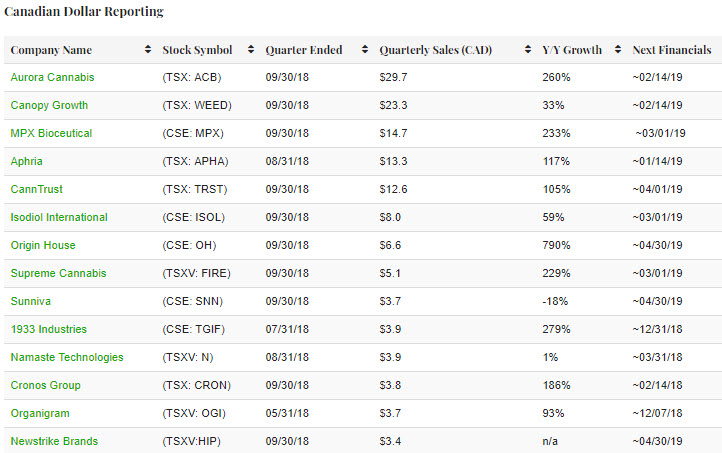 Of the companies that report in Canadian dollars, we expect two will issue financial reports in December, including 1933 Industries, which will report its fiscal Q1, and Organigram (TSXV: OGI) (OTC: OGRMF), which will report its Q4 for the fiscal year ending August 31. According to Sentieo, analysts expect Organigram generated Q4 sales of C$4.37 million, up from C$3.73 million in FY18-Q3 and up 103% from the same quarter a year ago.