VANCOUVER, BC–(Marketwired – May 29, 2017) – ABcann Global Corporation (TSXV: ABCN) (OTC: ABCCF) (formerly Panda Capital Inc.) (“ABcann”) and Cannabis Wheaton Income Corp. (TSXV: CBW) (OTC: KWFLF) (“Cannabis Wheaton” or “CW”) are pleased to report that they have entered into a binding interim agreement (the “Agreement”) to fund the construction of 50,000 square feet of cultivation space (the “Expansion Production Area”) at ABcann’s proposed cannabis cultivation facility to be located in Napanee, Ontario known as the Kimmett facility (the “Facility”). Pursuant to the Agreement, Cannabis Wheaton has agreed to invest $30 million in ABcann as follows:

This now adds a sixth licence to the Cannabis Wheaton portfolio, and our first publicly traded producer with a sales licence. Over the past three years, I’ve watched ABcann’s involvement and evolution in the Canadian cannabis industry. They are widely recognized for their proprietary cultivation methods that produce high quality cannabis with industry leading yields. It’s clear to us that they had their pick of funding sources, so it’s an honour to make this announcement today. 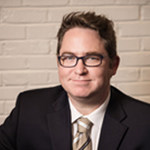 This partnership will bring to ABcann the support and funds necessary to break ground on the Kimmett site. Once construction is complete, the additional cultivation space will provide Cannabis Wheaton with an estimated 8,000,000 grams of cannabis per year.”

This Partnership is a great opportunity for both ABcann and Cannabis Wheaton. ABcann significantly enhances its cash position through the equity investment, providing ABcann with the capital to construct up to 180,000 square feet of fully funded capacity.

The Agreement remains subject to certain conditions precedent, including receipt by ABcann of applicable Health Canada and other regulatory approvals and the ability of the parties to agree on future construction budgets and timelines.

ABcann was one of the first companies to obtain a production license under the marijuana for medical purposes regulations, which it received on March 21, 2014. It also obtained a sales licence on Dec. 31, 2015. Situated in Napanee, Ont., ABcann has spent the last two years focused on changing the face of medical cannabis. ABcann intends to be the first company to have repeatable products in multiple continents and to provide standardized medical cannabis to the world. Its flagship facility contains proprietary plant-growing technology, combining the concepts, systems and components to produce high-yielding plants, which, in turn, can generate high-quality products that are consistent from batch to batch.

ABcann grows its plants in controlled environmental chambers, where every key variable in the growing process is optimized to achieve the consistency that is needed for a standardized product. ABcann is able to control environmental and nutrient demands, tailor-made for a particular strain of cannabis, without the variation that is typical when producing large quantities in less-controlled, larger rooms and greenhouse-type structures, giving ABcann the ability to produce pharmaceutical-grade, plant-based medicine that can be prescribed with confidence.

Backed by a team of industry experts, Cannabis Wheaton is the first cannabis streaming company in the world. Our streams will include production from across Canada coming from our partners comprised of licensed producers of cannabis (LP) and LP applicants. Cannabis Wheaton’s mandate is to facilitate real growth for our streaming partners by providing them with financial support and sharing our collective industry experience.