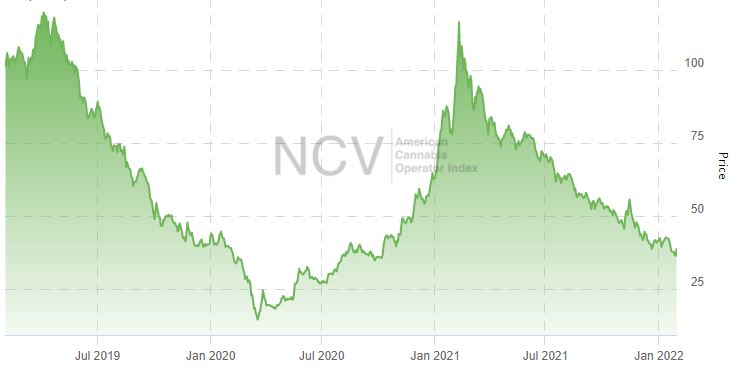 During January, the index included 20 companies, including 15 multi-state operators (MSOs), two single-state operators (SSOs) and 3 focused solely on CBD extracted from industrial hemp. 5 companies posted gains, while 4 declined by more than 20% during the month, with a median return of -8.7%: 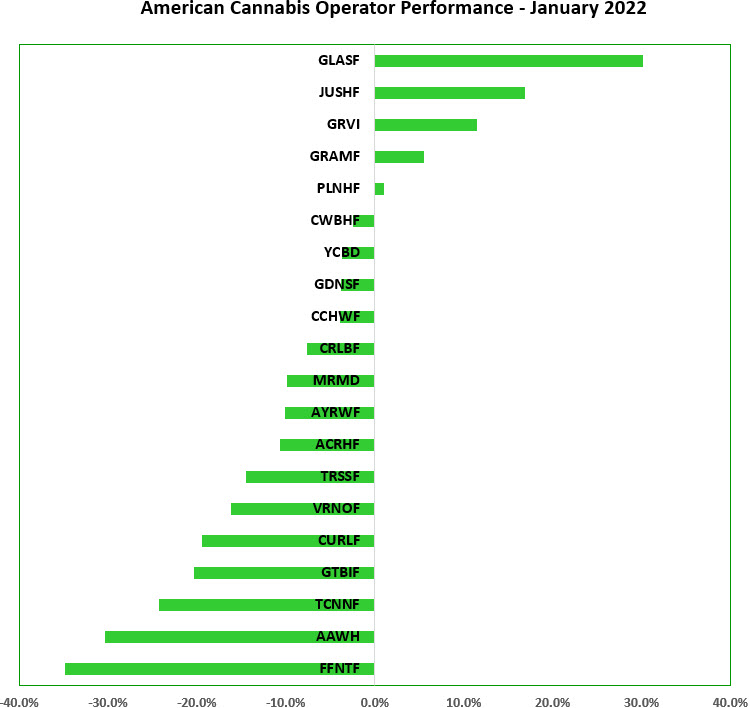 For February, the index will include 19 stocks following, with the deletion of Acreage Holdings (CSE: ACRG.A.U) (OTC: ACRHF), which no longer met the minimum volume requirement.