The American Cannabis Operator Index fell for the second straight month after having scored five straight monthly gains, declining 4.1% to 79.66: 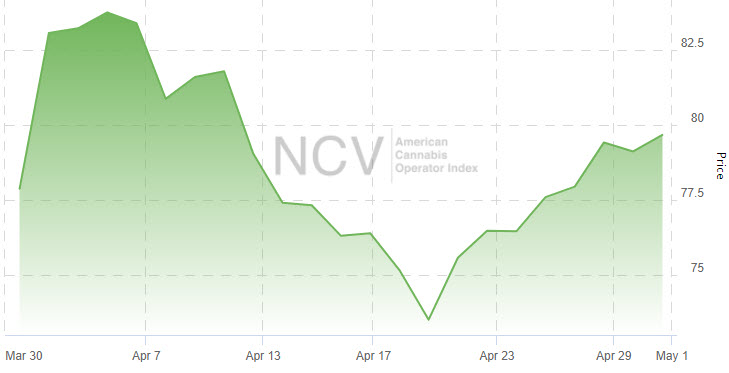 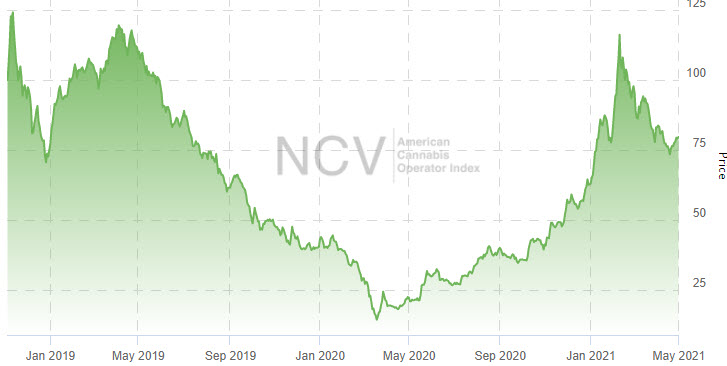 During April the index included 34 companies initially, including 30 multi-state operators (MSOs) and 4 focused solely on CBD extracted from industrial hemp. When Bluma Wellness was acquired by Cresco Labs, it was removed from the index. 5 companies posted double-digit returns, while 9 declined by more than 10% during the month: 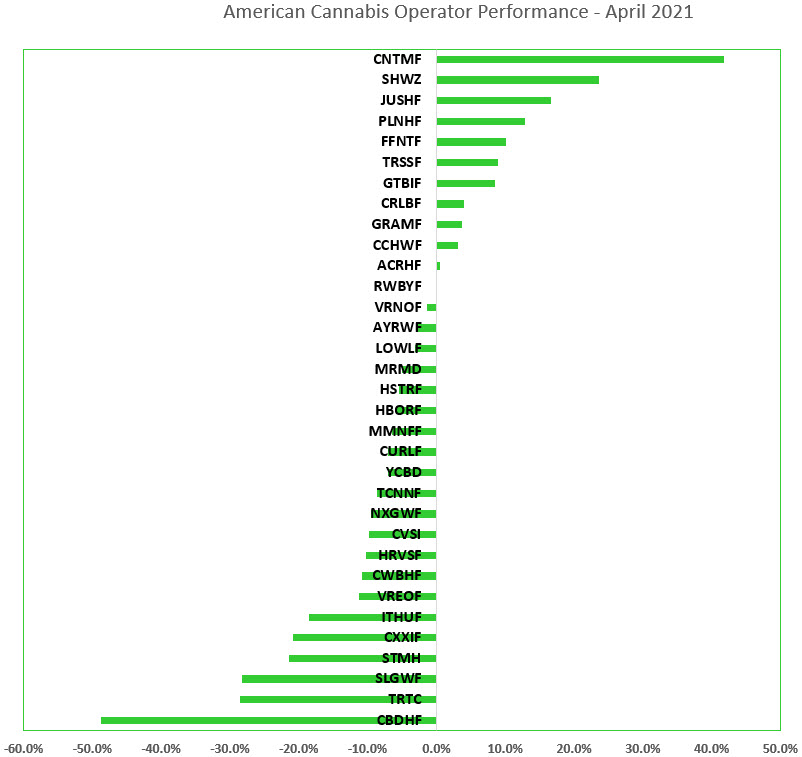 The four worst performing stocks included HempFusion (CSE: CBD.U) (OTC: CBDHF), Terra Tech (OTC: TRTC) , SLANG Worldwide (CSE: SLNG) (OTC: SLGWF) and Stem Holdings (CSE: STEM) (OTC: STMH). Interestingly, none of these companies was included in the index at the beginning of the year. HempFusion, which was added last month, has traded back to its IPO price from early January. Terra Tech is up 72% year-to-date, SLANG Worldwide is down 4%, and Stem Holdings is up 19%.

For May, the index will include 29 stocks, with Harborside, Hollister Biosciences, iAnthus and SLANG Worldwide no longer meeting the criteria for inclusion as of April 28th.