Tokyo Smoke closes on upsized $6 million Series B round

Funding was oversubscribed by 20%, led by Aphria and Green Acre Capital

TORONTO, ON–(Marketwired – October 24, 2017) – Tokyo Smoke, an award-winning lifestyle brand that brings sophistication and design to the cannabis space, is pleased to confirm the final closing of its oversubscribed Series B funding of approximately $6 million CAD. The funds will be allocated to continued retail expansion, marketing and strategic acquisitions, accelerating Tokyo Smoke’s vision of becoming a category-defining cannabis brand.

“We are incredibly grateful for the support from investors in this round and their show of confidence in Tokyo Smoke. Having raised over $10 million in the past 10 months, this funding will further empower us to take great strides in our retail expansion and put us closer to achieving our goal of building the largest cannabis related retail infrastructure in Canada,” says Alan Gertner, co-founder and CEO of Tokyo Smoke.

As previously announced, Tokyo Smoke’s Series B funding has been led by Aphria Inc., one of Canada’s largest medical cannabis producers, and Green Acre Capital Fund I LP, a fund dedicated to strategic investments in cannabis properties. In addition, Tokyo Smoke also received strategic investment from Paul Rowan, a design pioneer in the housewares industry and a founding partner at Umbra — a global product design company with presence in over 120 countries.

Canada is moving at an accelerated pace towards legalization, and that means impactful decisions about the future of distribution and retail are starting to be made. Tokyo Smoke firmly believes that consumers deserve choice, not just in product selection, but also in where those products are sold. A private, highly regulated retail model should serve the interests of both industry and government to achieve a responsible and safe industry, but one that also promotes competition, jobs, and consumer choice. Tokyo Smoke aims to be at the forefront of this modern cannabis retail experience.

With the recent announcement in Alberta, and strong operational partners in the region, we look forward to the possibility of dispensing and on-site consumption. Ontario’s government-run model is something we long prepared for, and our in-store operations will be readied to take on a new dimension. 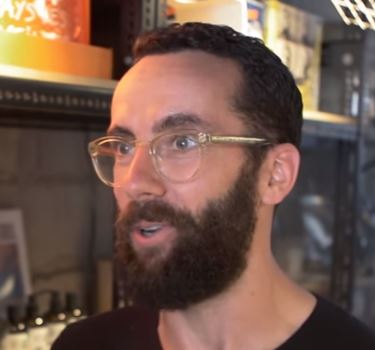 The Tokyo Smoke team is excited to take advantage of the opportunities that abound as more provinces announce retail and distribution plans, meeting the shifting landscape with energy and optimism.

Tokyo Smoke is an award-winning lifestyle brand that aims to bring sophistication and design to the cannabis space. With immersive experiences and designer retail spaces selling coffee, clothing and designer products, Tokyo Smoke is developing an international reputation as the go-to destination for luxurious, creative offerings within the industry. Tokyo Smoke continues to be the leading Canadian brand in the cannabis space, having recently completed its Series B fundraise, closed on the acquisition of fellow designer cannabis brand Van der Pop, partnered with Aphria Inc. (TSX: APH) or (OTCQB: APHQF) as well as WeedMD (TSX VENTURE: WMD).