Most investors are familiar with Aphria (TSXV: APH) (OTC: APHQF) as a leading licensed producer in Canada, but many may not realize that it is rapidly building a substantial portfolio of investments in the North American cannabis industry, including nine different companies or funds in both the private and public markets. It has already experienced one profitable exit and some unrealized gains, one of which is quite significant, while one has not yet panned out. Here is a summary of its stakes in alphabetical order. 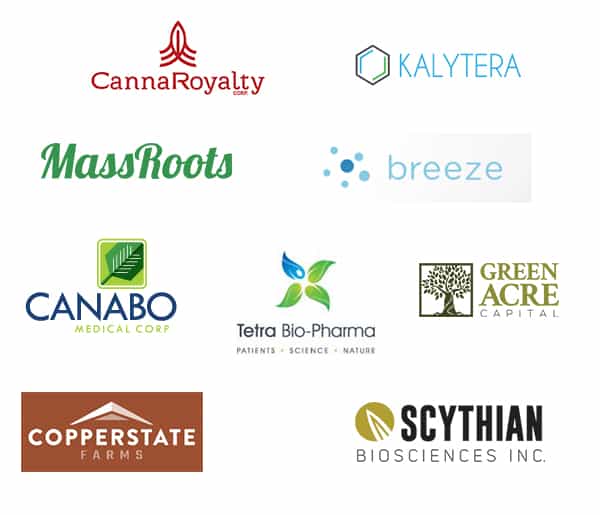 The company made a strategic investment into Canabo Medical (TSXV: CMM) (OTC: CAMDF) in late December, spending $8.4m to buy 6mm shares at $1.40. The 16.6% stake gives the company access to patients. This is the one investment that hasn’t produced paper gains, as the stock closed on 2/24 at $0.90, producing an unrealized loss of $3mm.

Copperstate Farms is a large medical cannabis cultivation project in Arizona. Aphria invested US$1.3mm in October for a 5% interest and also received a 5% interest in exchange for licensing its intellectual property. The company made a subsequent investment of US$1.3mm in December for an additional 5%, giving it a 15% stake.

Green Acre Capital is a private equity fund that recently launched with Aphria CEO Vic Neufeld as an advisor. Aphria has invested $300K of its pledged $2mm into the fund, which it expects will have $30mm of total investment.

In October, the company signed a marketing agreement with MassRoots (OTC: MSRT) and invested US$250K to buy 500K shares and 500K warrants at $0.90. The company sold the shares subsequently, realizing a gain of $263K, but currently holds the warrants.

In December, Aphria acquire 4.8% of privately-held Resolve Digital Health, which is developing Breeze, a pod-based delivery mechanism for medical cannabis, receiving 2mm shares for $1mm along with 2mm options at $0.65 per share.

Scythian BioSciences is focused on using CBD to treat concussions. It recently announced a reverse takeover of Kitrinor Metals (TSXV: KIT) and that Aphria would be participating in its $10mm capital raise at $0.40 per share as the “lead investor.”

In November, Tetra Bio-Pharma (CSE: TBP) (OTC: GRPOF) agreed to use Aphria as a supplier of medical cannabis for a clinical trial. In December, Aphria  bought 5mm shares at $0.20 and received 5mm warrants at $0.26. The stock has soared subsequently, giving Aphria paper gains, based on the 2/24 closing price of $0.83, of $6mm on its initial $1mm investment.

Aphria’s investment portfolio, which has been funded by a portion of the $144mm it has raised over the past fifteen months, is somewhat unique among LPs. While it’s not alone in making investments outside of its own operations, no other LP has come even close to the nine deals it has announced so far. Most of the investments have been clearly strategic, while some have been seemingly a bit outside of the core business of cannabis production and distribution in Canada. With quarterly sales of about $5mm and minimal profits thus far, the investment portfolio’s results have the potential to meaningfully impact the company’s financial results.